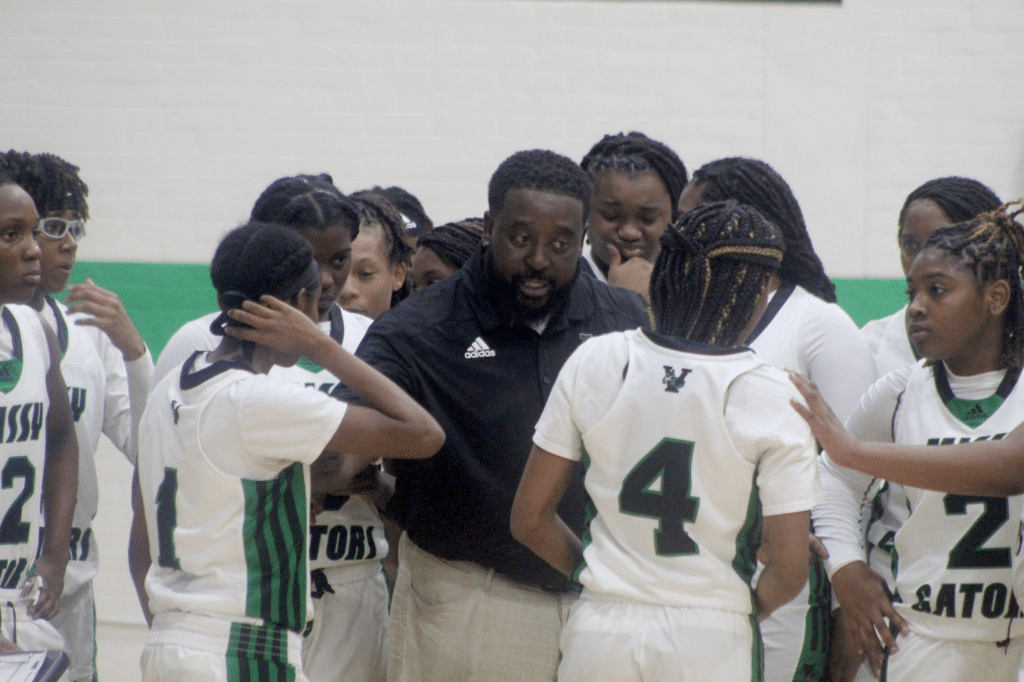 Layla Carter got the Missy Gators on the board first with a three-pointer, followed by a layup by Janiah Caples. VHS eventually took a 7-0 lead before the Jaguars were able to score and by the end of the first quarter, the Missy Gators had a 13-8 lead.

The second quarter was a struggle for the home team as their lead eventually slipped away and trailed 22-17 at halftime.

Missy Gators came out ready to play in the third quarter, especially defensively, by only allowing three points. 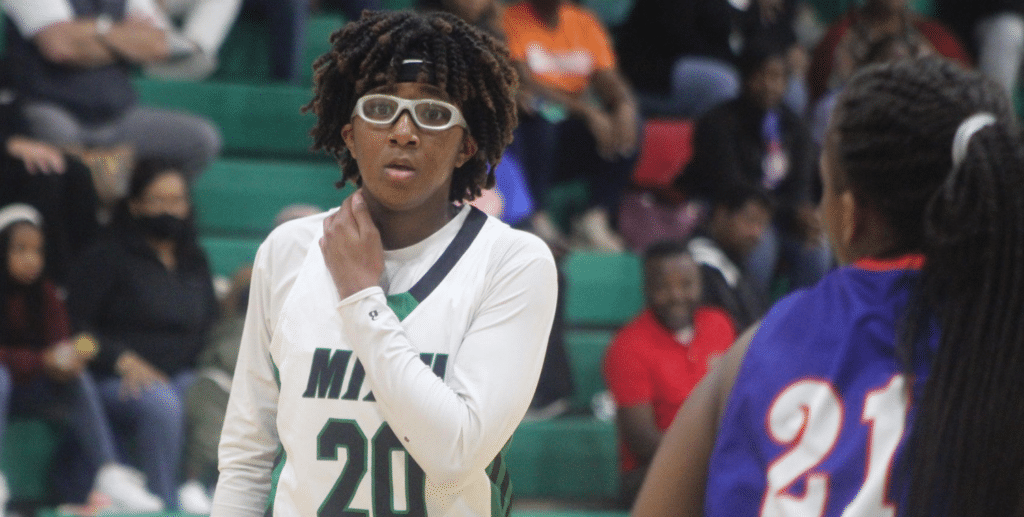 Sims, Carter, and Kierra James contributed heavily to get VHS ahead 28-25 going into the fourth and Jelisa Tyler’s free throws also were much needed as she put up four points in the third quarter.

Both the Missy Gators and Jaguars went back to back scoring late in the game and Kierra James came in clutch with two free throws and turning around and knocking down a three.

VHS was down late in the fourth until Caples bust three pointer as well.

With 15 seconds left in the game and tied at 38, VHS’ Ja’Na Colenburg nailed a three to give the Missy Gators the 41-38 win.

Ja’Na Colenburg sank a 3-pointer with just 15 seconds on the clock (photo by Keith Phillips).

“It felt amazing to hit that and even better to get a win,” Colenburg said. We never gave up and we stayed confident as a team.”

James led the team with 11 points followed by Caples who had eight.

Carter finished with seven points while Sims had seven and Colenburg added five on the night.

“That was a hard fought win against a well-coached, quality program,” head coach Troy Stewart said. “I’m proud of the ladies effort and perseverance.”