City’s Senior Center to be Renamed in Memory of “Ms. Sue” Roberts 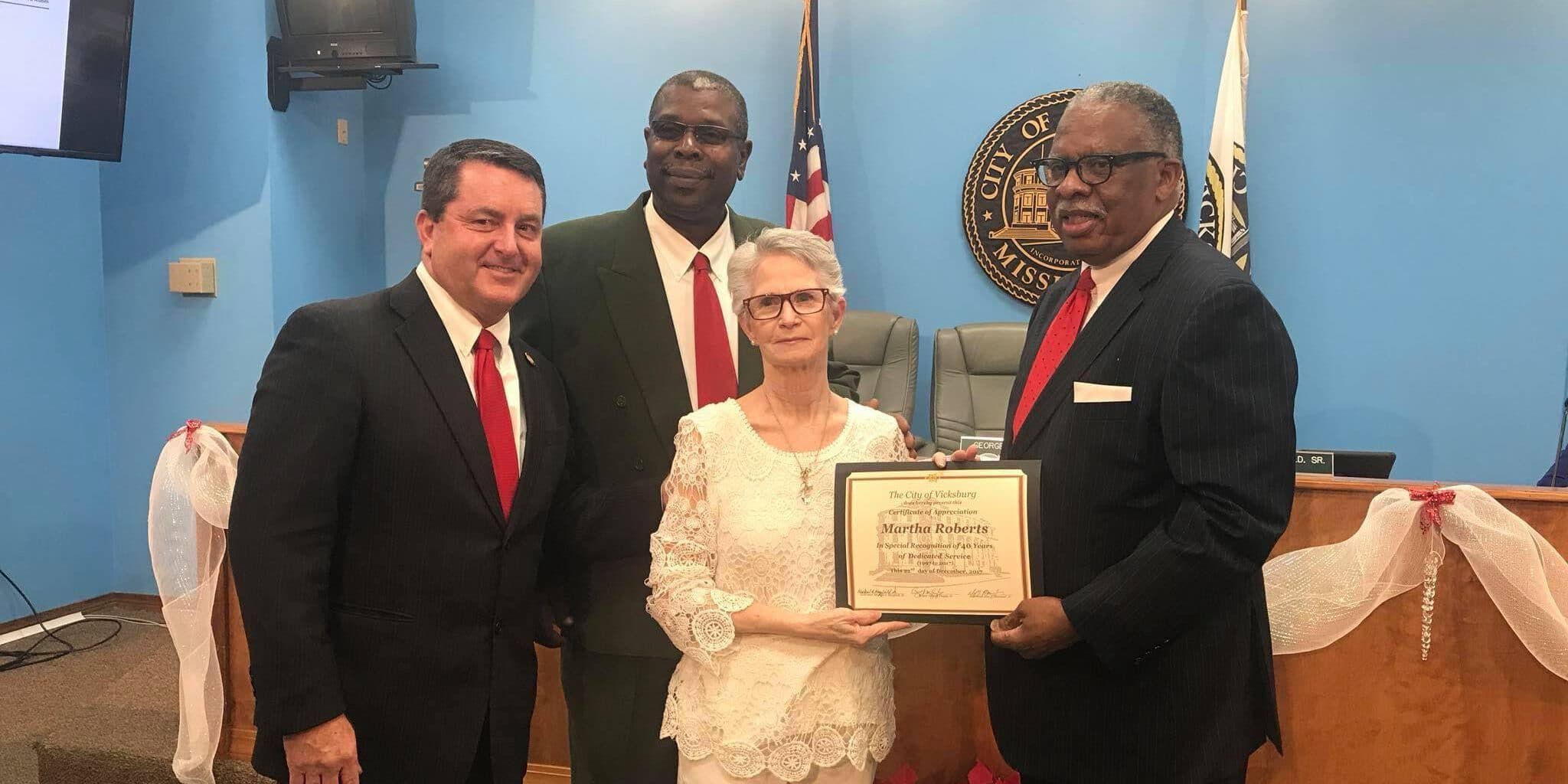 Ms. Sue with Aldermen Alex Monsour, Michael Mayfield, and Mayor George Flaggs in 2017, when she was honored for 40 years of service. (courtesy City of Vicksburg)

On Friday, March 19 at 2 p.m., City officials will gather along with friends and family to hold a ceremony to officially rename the Senior Center in memory of Martha Sue Roberts affectionately known as “Ms.Sue.”

Roberts worked in various capacities for the city from 1977 until her death in 2019 due to terminal cancer. At the time of her passing, she was working in the office of South Ward Alderman Alex Monsour as his administrative assistant. She served under five Mayors and numerous Aldermen.

Roberts was considered a walking rolodex on the workings of city government. One of her pet projects was the Senior Center.

We salute you “Ms. Sue” and thank you for your many years of wonderful public service to our community. This is a wonderful way to honor the memory of someone who loved Vicksburg and it’s citizens.