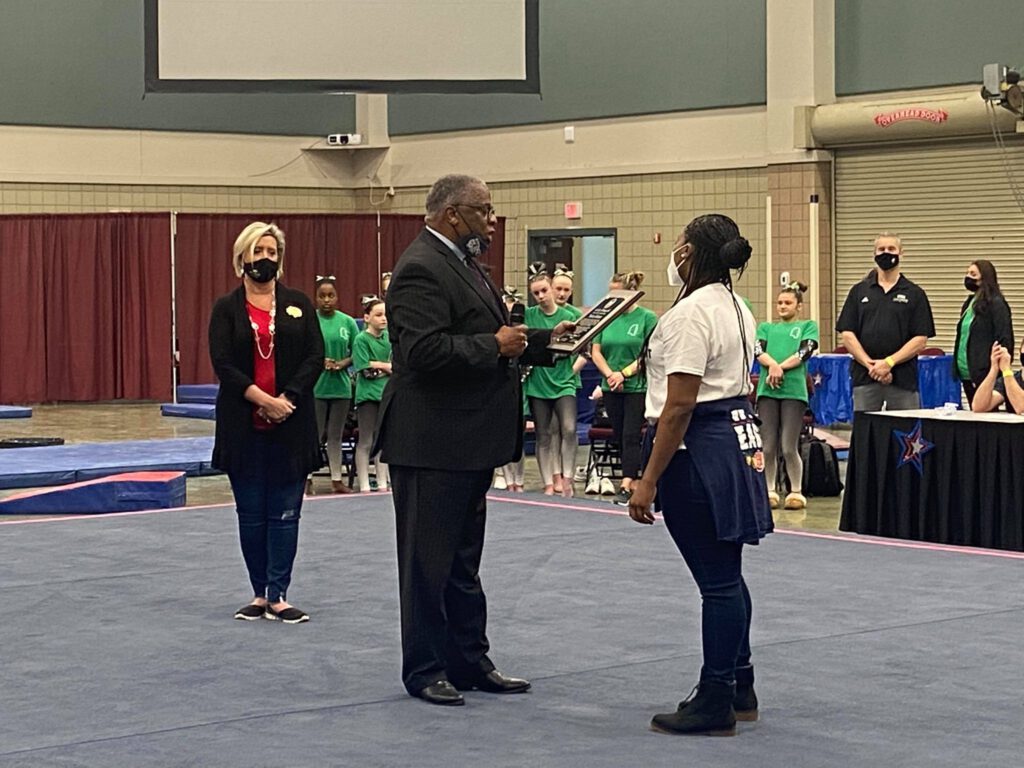 Mayor George Flaggs Jr. presents Natica Johnson with honors for her vast achievements and inspiration to the community. (Photo by Keith Phillips)

Flaggs expressed how proud the City of Vicksburg is to have a native achieve so much and how the city is supporting her. Johnson has become an inspiration to many.

Johnson attended the University of Auburn and was named SEC Gymnast of the Week in 2004.

The City of Vicksburg will continue to happily highlight Johnson’s success over the years.  She continues to be an inspiration and is a positive light within the community.