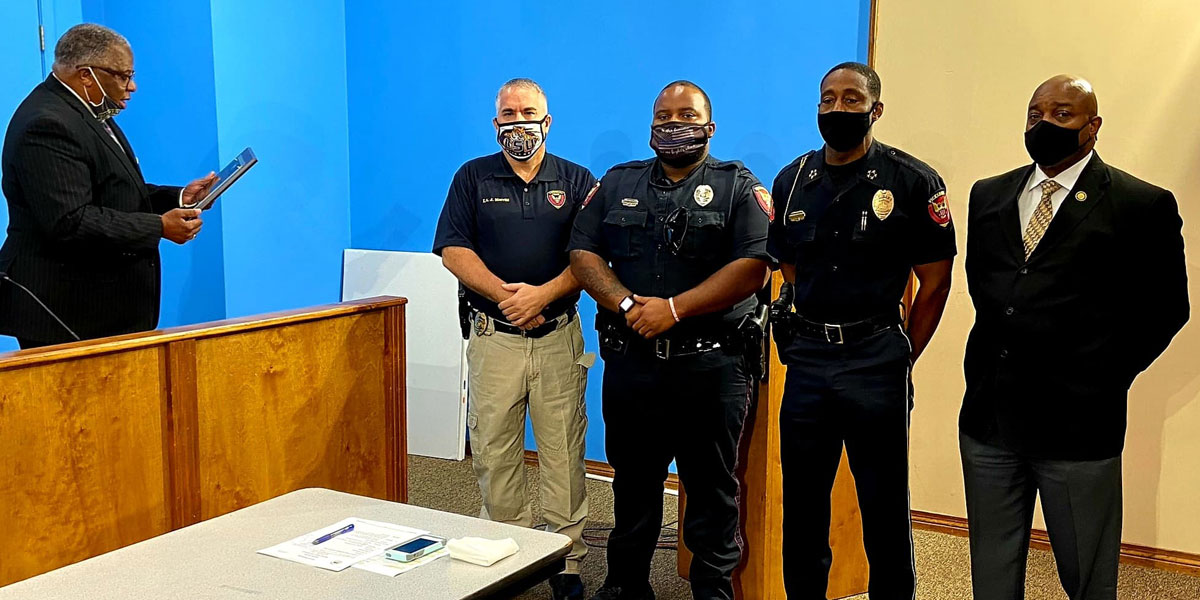 The City of Vicksburg honored six Vicksburg police officers Monday for their part in a drug bust that yielded some $25,000 in drugs, guns and cash last week.

Merritt and Pruitt appeared before the Vicksburg Board of Mayor and Aldermen Monday to accept the award, along with Police Chief Milton Moore and Deputy Police Chief Johnnie Edwards.

The plaque reads, in part:

“On Wednesday, September 16, 2020, Officers with the Vicksburg Police Department NET Team executed a search warrant resulting in the confiscation of a large amount of illegal drugs, numerous illegally-possessed weapons, $3,770.00 in cash, and one arrest. This undercover operation was the result of an earlier investigation of suspected narcotics activity.

“For their bravery and unwavering dedication to keeping our community safe, the City of Vicksburg Board of Mayor and Aldermen is proud to honor” them for “this victory for public safety. … Thank you for serving our community with honesty, integrity and courage.”

Read more about the bust here and here. 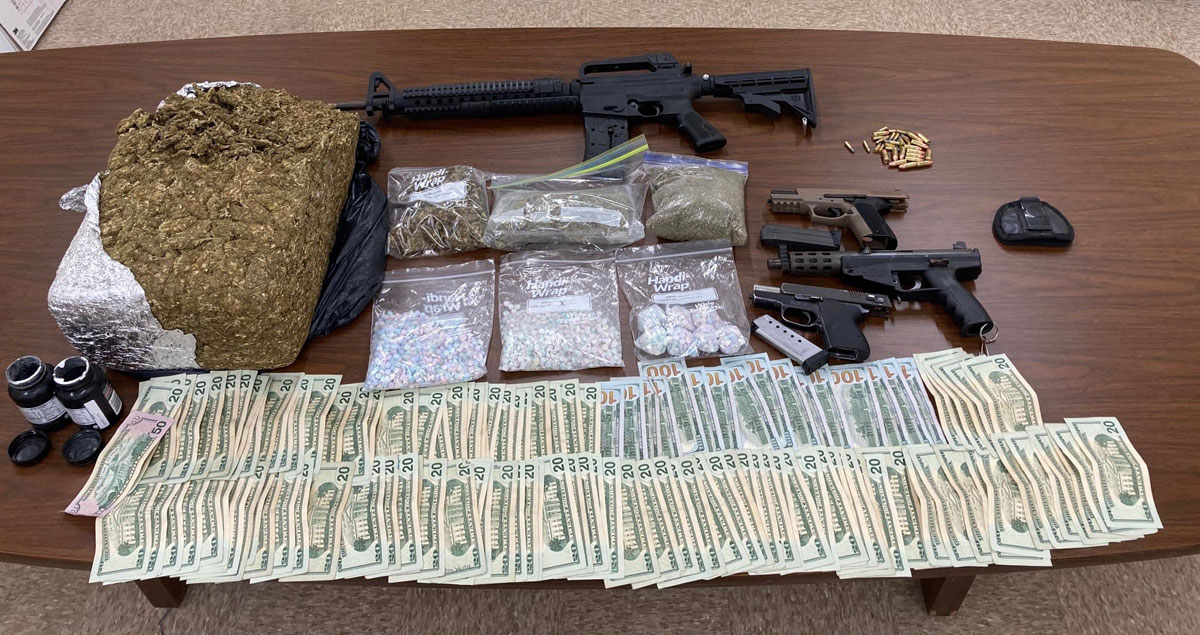