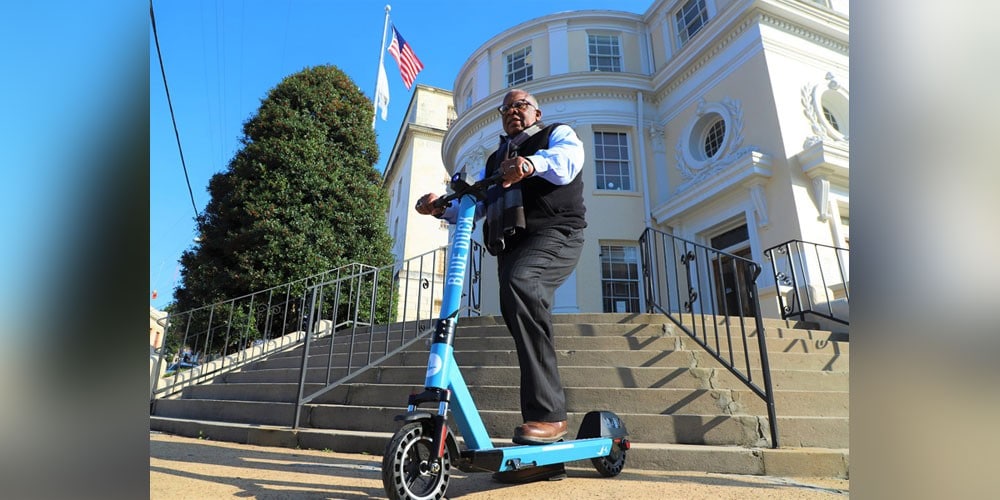 In September of 2020, Vicksburg became the first city in Mississippi to implement a fleet of app-based electric scooter rentals downtown.

Blue Duck, the company that owns and operates the scooters, requested to terminate the license agreement due to challenges in attracting enough patrons as well as employees to collect, dock, and recharge scooters in the area, Mayor George Flaggs said in the Board of the Mayor and Alderman meeting on Thursday.

Mayor Flaggs emphasized that while the riverfront is a hilly area, safety concerns were not a contributing factor to the decision to end the agreement.  A few minor incidents occurred in the weeks following the roll-out of the program last year, but no serious injuries were reported as a result of using the Blue Duck scooters.

The motion unanimously passed the vote of the board and thus the River City’s experiment with the micromobility amenity has concluded.