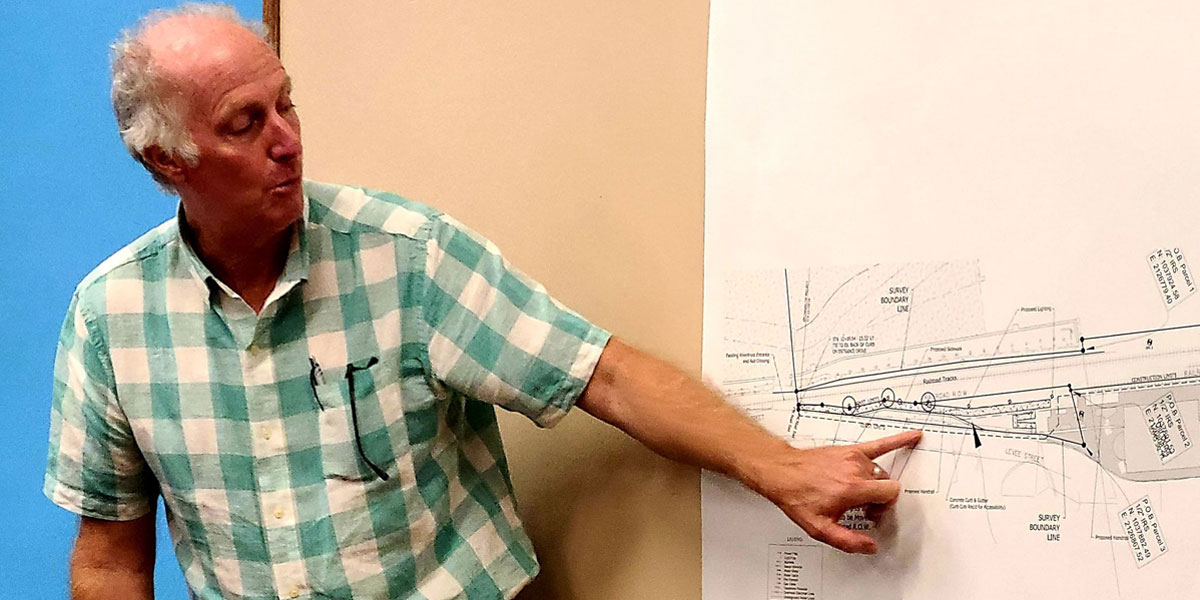 The Vicksburg Board of Mayor and Aldermen called a special session Wednesday afternoon to take the next step in developing the waterfront.

“This is phase 1 of the Mississippi River development in Vicksburg,” said Mayor George Flaggs Jr.

The city has long proposed refitting the City Front to create a more welcoming and safer port of call for the riverboats and tourists that stop in the city. At issue were some rights-of-way with Kansas City Southern Railroad that owns the tracks that run through the project area.

“We’ve been working with KCS to determine who owns what on the waterfront,” said City Attorney Nancy Thomas. The task was not an easy one with some deeds going back to the late 1800s.

Among the plans for the area is a pedestrian crosswalk across the tracks near Jackson Street and the closure of three railroad crossings.

“We may be able to negotiate the cost of the pedestrian walkways via leases with the cruise lines,” Flaggs said.

Redesigning the area designated for tour buses is also in the plan.

“We will provide the tourist a place to stand while waiting for their buses, ” said Community Development Director Jeff Richardson. At this time, “at night there are no lights and there are no sidewalks,” he added.

This story will be updated with the plans when they’re received. 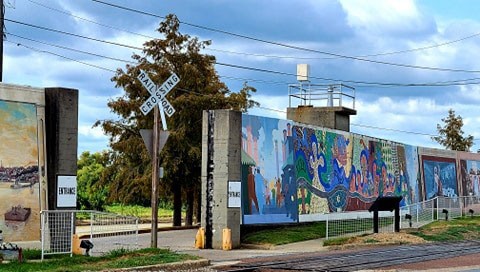 The China Street gate is the southern-most tip of the project area, which runs to First East Street (Photo by David Day)