Chuck Yeager, the man with the 'right stuff,' is dead at 97 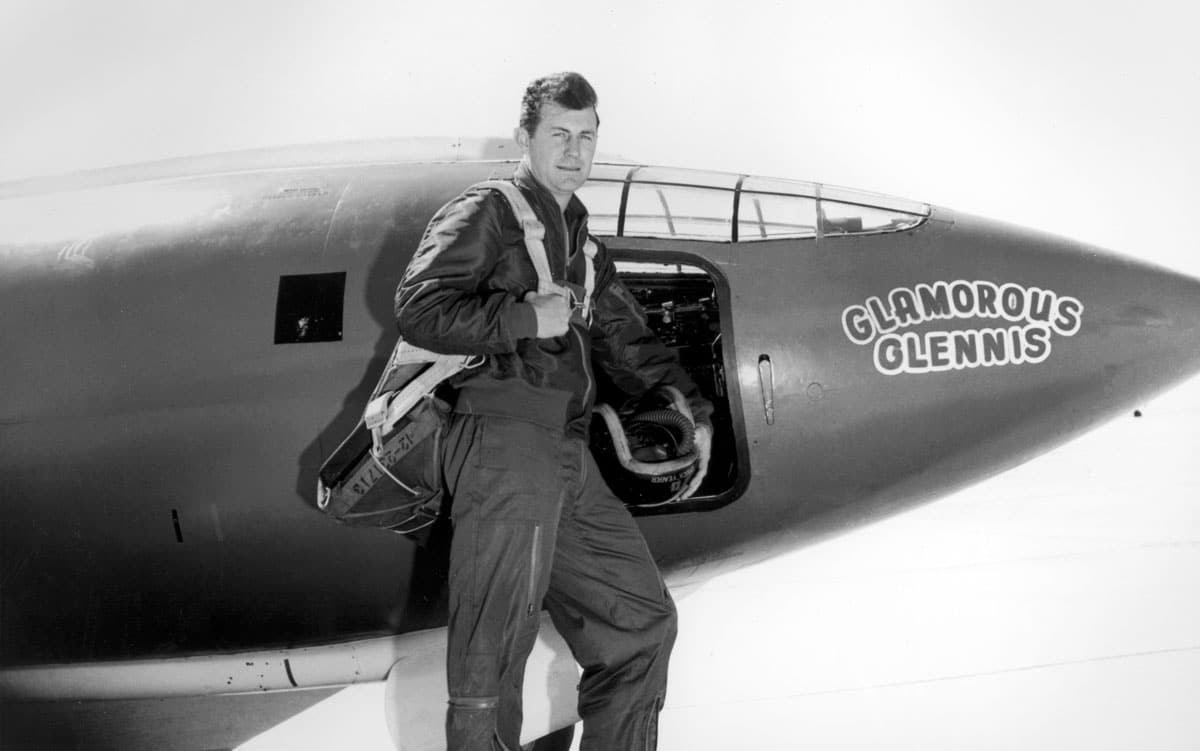 Yeager became a pilot during World War II and was a test pilot for many years after the war. He was the first man to break the sound barrier — about 770 mph — in 1947, a feat that many believed could not be done.

We mourn the passing and celebrate the life and legacy of a pilot who truly had the right stuff, General Chuck Yeager. In 1947, Yeager broke the sound barrier and proved that we can always keep pushing further and faster. pic.twitter.com/pnPMUzMsv4

Yeager was portrayed by Sam Shepard in the 1983 movie “The Right Stuff,” which contrasted the history of the first astronauts with Yeager’s career as a test pilot.

Yeager’s death is “a tremendous loss to our nation,” said NASA Administrator Jim Bridenstine in a statement.

“Gen. Yeager’s pioneering and innovative spirit advanced America’s abilities in the sky and set our nation’s dreams soaring into the jet age and the Space Age. He said, ‘You don’t concentrate on risks. You concentrate on results. No risk is too great to prevent the necessary job from getting done.’”

State auditor’s office has returned more than $400,000 in taxpayer funds

Search for hunters in its fifth day on the Mississippi River