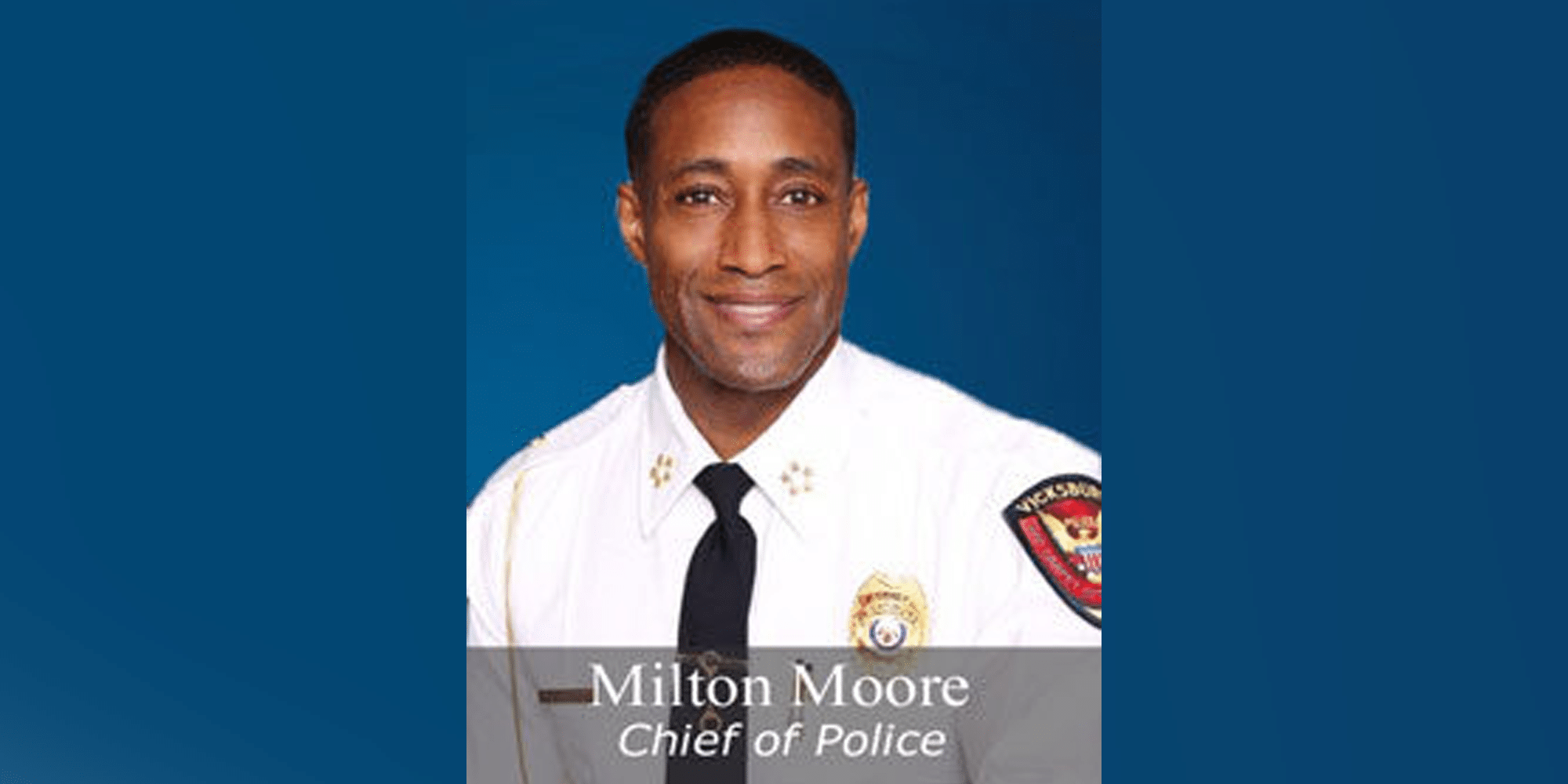 Vicksburg Police Chief Milton Moore confirmed to the Vicksburg Daily News this morning that he will not be returning as the Chief.

“It’s true. I will not be reappointed as Chief,” said Moore. When asked if he would consider staying with the department he said, “I don’t know. Maybe, but I’m not sure in what capacity.”

Chief Moore was appointed Chief in 2017 by Mayor Flaggs. The Moore term has been one of the most difficult in Vicksburg history. The national mood on police and the work of the police was soured after several widely spread videos showed purported police abuse of their power.

Vicksburg hosted a rally on Friday, June 5, organized by the local community after the death of George Floyd. The peaceful protest included leaders of the community.

Locally, there was a rash of violent crimes including homicides, several of which remain unsolved. Staffing the police department during this period of national unrest has also proven a challenge for police departments nationwide, including Vicksburg.