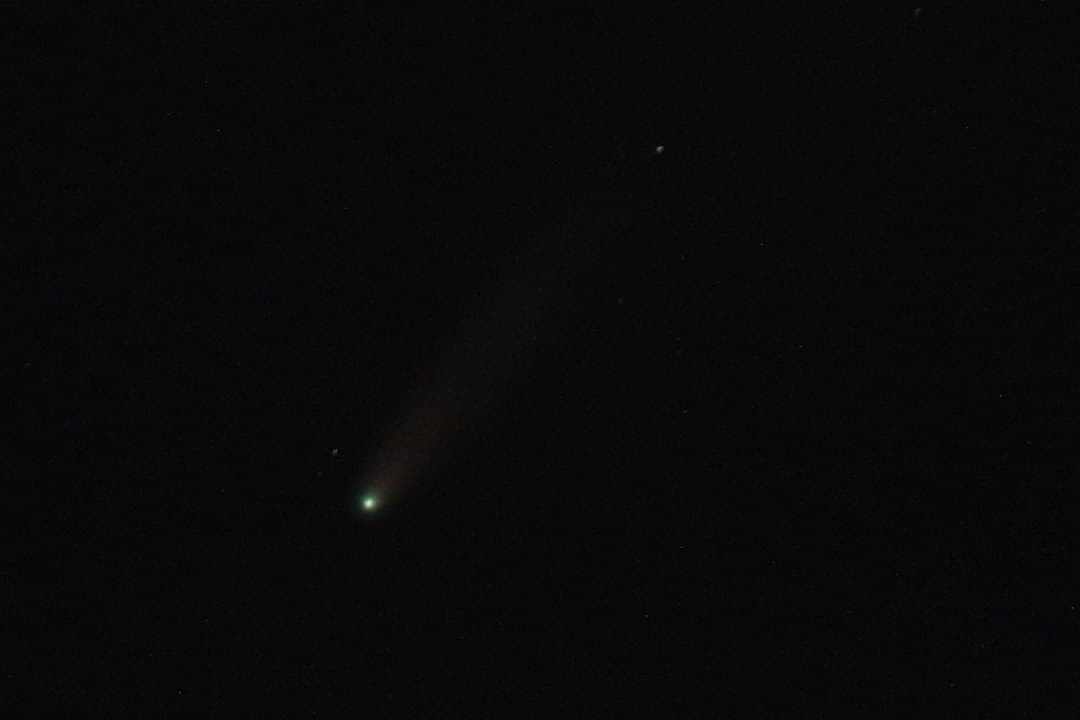 Tonight’s clear skies and waning crescent moon provide ideal conditions for viewing the first comet observable by the naked eye in 23 years. The last time Earthlings saw a comet bright enough to view without a telescope was the Hale-Bopp comet in 1997.

Comets are traditionally named after their discoverers.  Comet NEOWISE gets it’s unusual name from NASA’s Near Earth Object Wide-field Infrared Survey Explorer satellite that first picked up on the comet nearing our planet in March.

Comet NEOWISE is a 3-mile wide cosmic snowball traveling through space at a mind-bending 40 miles per second. Its sweeping orbit around the sun is so large that NEOWISE will not be seen again for 6,800 years.  NASA astronomers say that NEOWISE was formed during the creation of the solar system 4.6 billion years ago.

Astronomers say that peak visibility for the comet is this weekend.  The comet will be visible beginning around 9 p.m. for about 20 minutes each night.  NEOWISE will be 10 to 20 degrees above the horizon to the north-northwest, just under the Big Dipper constellation. Binoculars or a telescope will provide the best view, allowing you to see the comet’s spectacular split tail.  Finding a spot away from city lights and other obstructions will also help get the best view of this once-in-a-lifetime event.