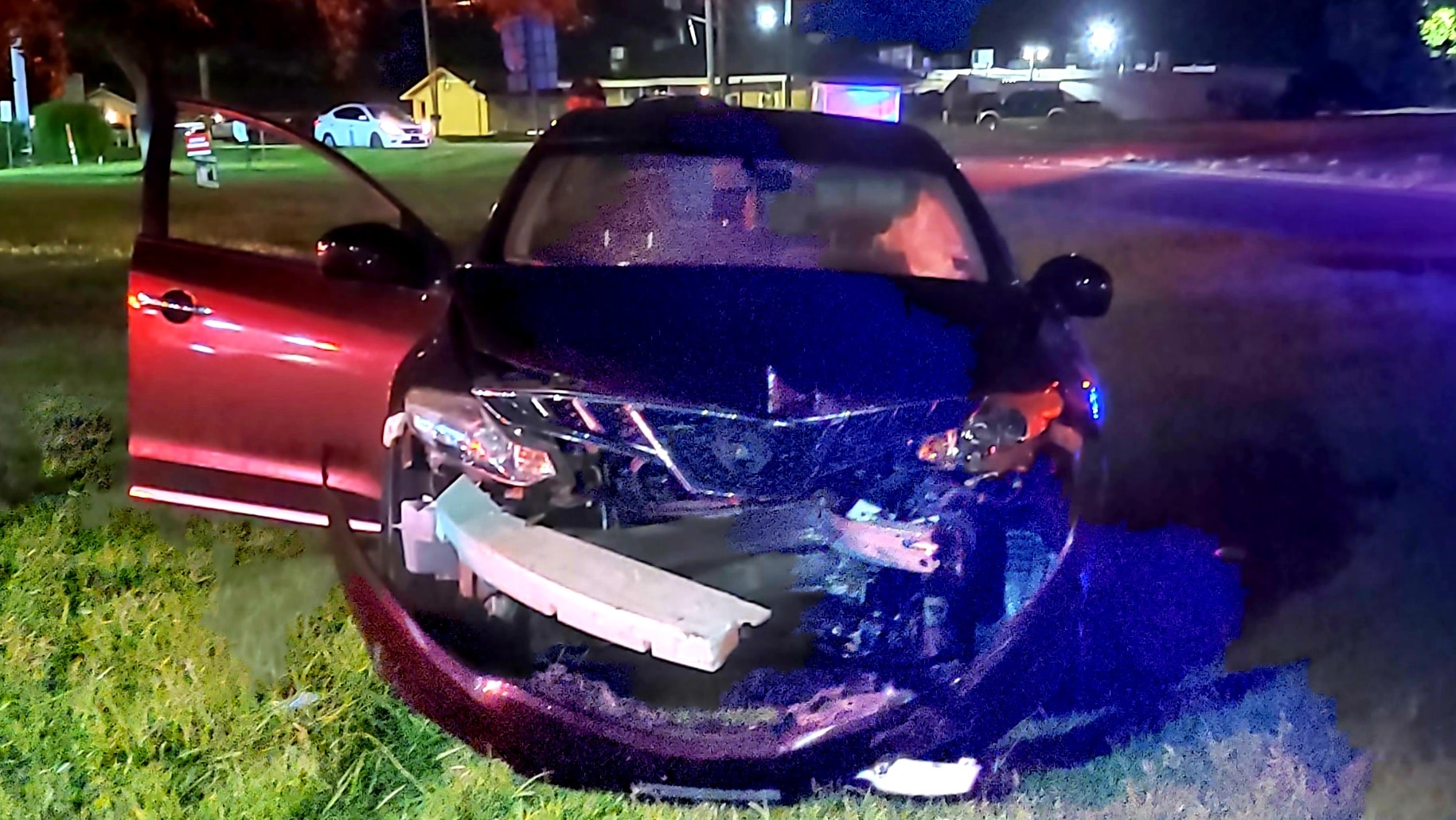 The car that rammed a truck at the 4-way. Photo by David Day

At 10:43 p.m. an accident occurred when a blue SUV rammed into a truck hauling a camper.

The blue car was heading north on Highway 27 and appears to have hit the truck head-on. The truck was in the turn lane attempting to turn into the Circle K at that location.

The driver of the brand new truck and fifth wheel was traveling from Louisiana and heading north in an attempt to escape Hurricane Ida. 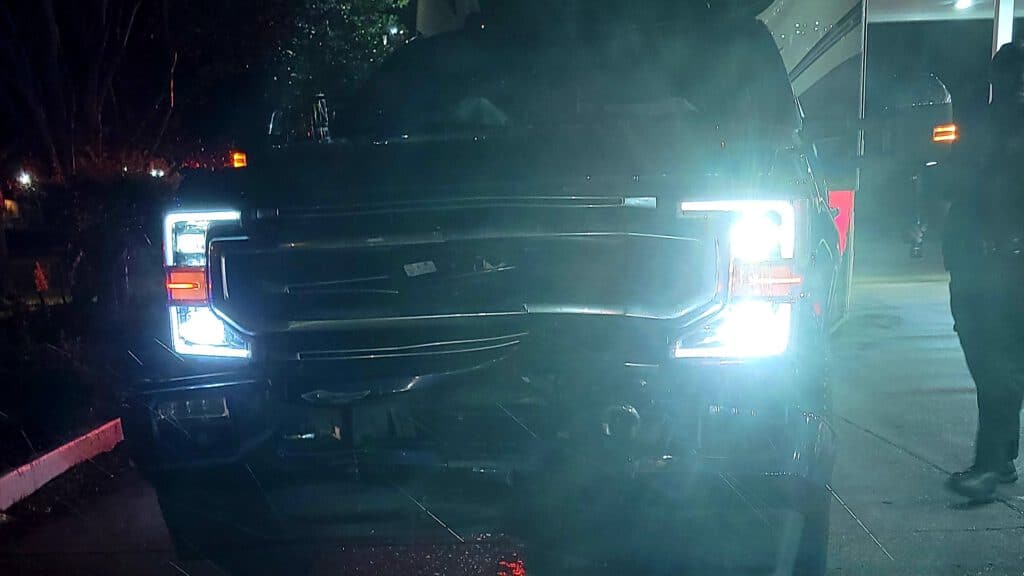 The brand new truck hauling a 5th-wheel that was also brand new. Photo by David Day

The driver of the blue car was transported to Merit Health River Region for minor injuries and observation.

The Mississippi Highway Patrol took control of the accident scene after a response from Culkin firefighter Jerry Riggs along with Warren County Sheriff’s Deputies including Daniel Thomas and Johnny Beauchamp.