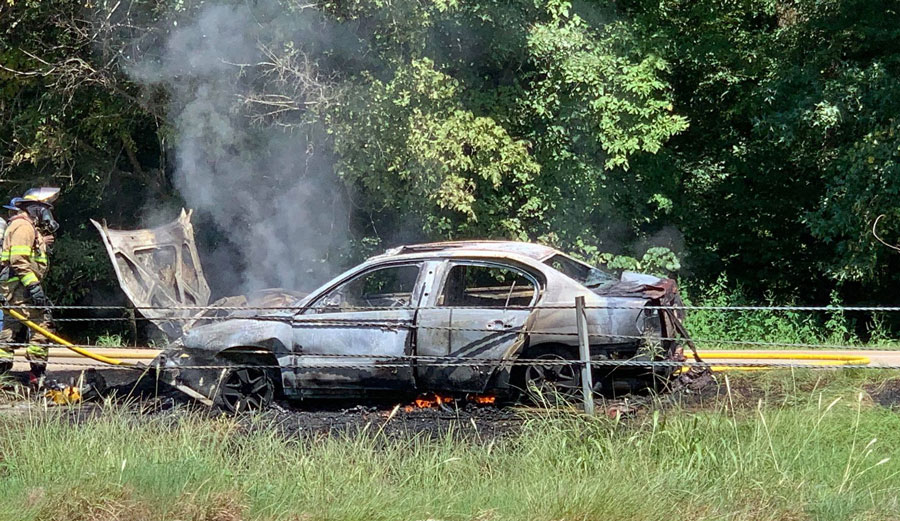 At around 11:30 am, the Mississippi Highway Patrol dispatch notified Vicksburg-Warren E-911 of a motor vehicle crash on Interstate 20 westbound near the county line.

Initial reports indicated an 18-wheeler and a passenger car were involved and the car had erupted in flames.

Motorists assisted the three passengers of the car to safety before authorities arrived. The driver has since been transported to Merit Health for minor injuries. The driver of the 18-wheeler was uninjured. 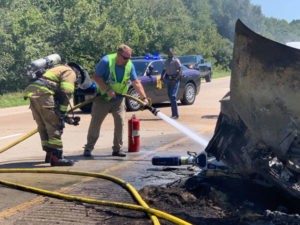 The cause of the crash remains under investigation by the Mississippi Highway Patrol under the direction of Trooper Kentija Tarleton (C-49).

At one point, traffic was backed up all the way to Edwards.  However, the scene has been cleared and traffic is moving normally as of 12:40 p.m.

Vicksburg Daily News was on the scene.