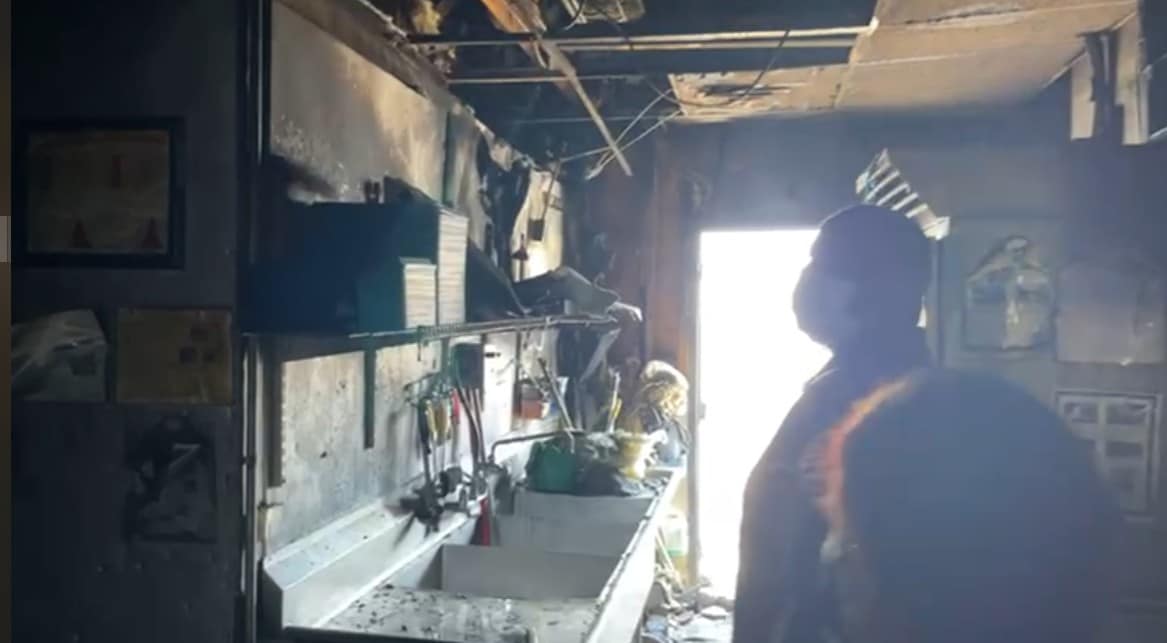 The believed point of origin for the flames. (Photo via screen grab from live with Marcus James)

VICKSBURG, Miss. (Vicksburg Daily News) –  A fire erupted from the back of a Captain D’s restaurant, located at 3310 Pemberton Square Boulevard, just after 2 a.m. on Thursday.

District Manager Tim Boone stated he received a call around 2 a.m. from his security company. Shortly after, a second call came in which alerted him to a fire at the location. 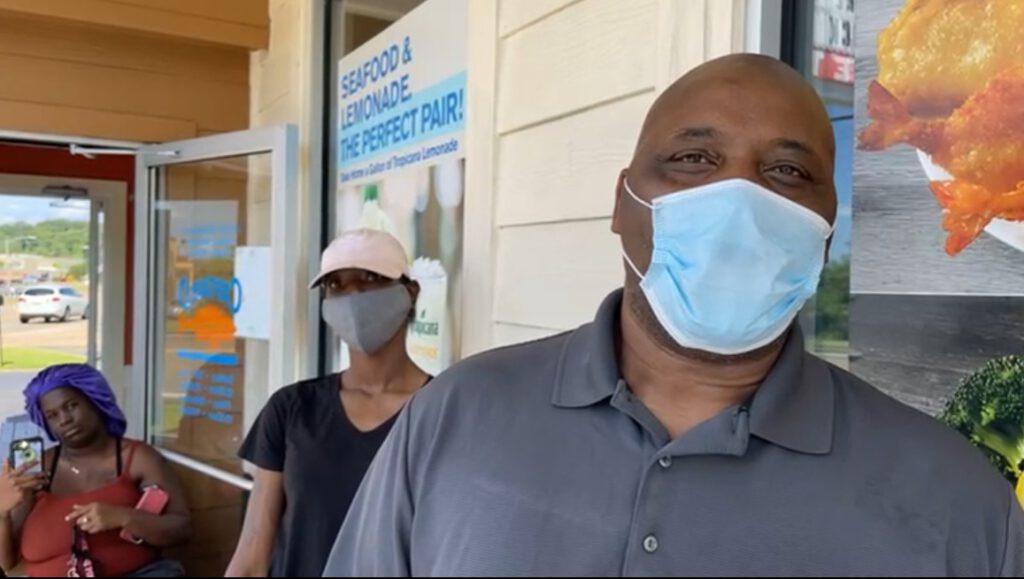 The State Fire Marshal and Fire Marshal have examined the location but the cause of the blaze has yet to be determined. Digital video from the restaurant should help shed some light on the cause and help complete the investigations from local authorities and the restaurant’s insurance company.

Boone anticipates the process to take 30-45 days before he will have the chance to reopen the establishment.

“We’re just waiting on the investigators to do their job and the insurance company and once that happens, hopefully we can get this expedited,” stated Boone.

The store was remodeled just last year. Luckily, the fire was mostly contained to the rear of the store. During a walk-through, the lobby seemed to be untouched. However, the smoke damage in the kitchen area could be noticed and the rear of the restaurant, where the flames originated, was in a noticeable state of disrepair. 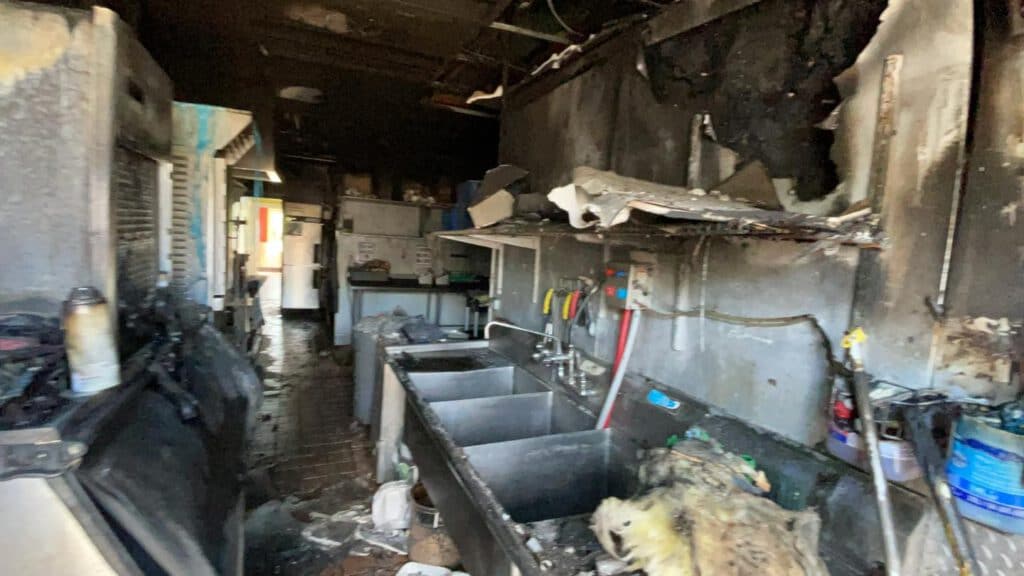 The sink wash area seems to be the point of origin of the blaze. (Photo by Marcus James)

Until the investigations are complete and the damage can be repaired, management with the store will be transferred to other locations. Hourly employees which served this location will be allowed to draw unemployment until the establishment can reopen.

“Just my management team is going to be disbursed,” Boone said. “Our hourly employees, we’re going to let them draw unemployment. So we told them to go ahead and apply for unemployment. We’re going to take care of them. This is not their fault this has happened.”