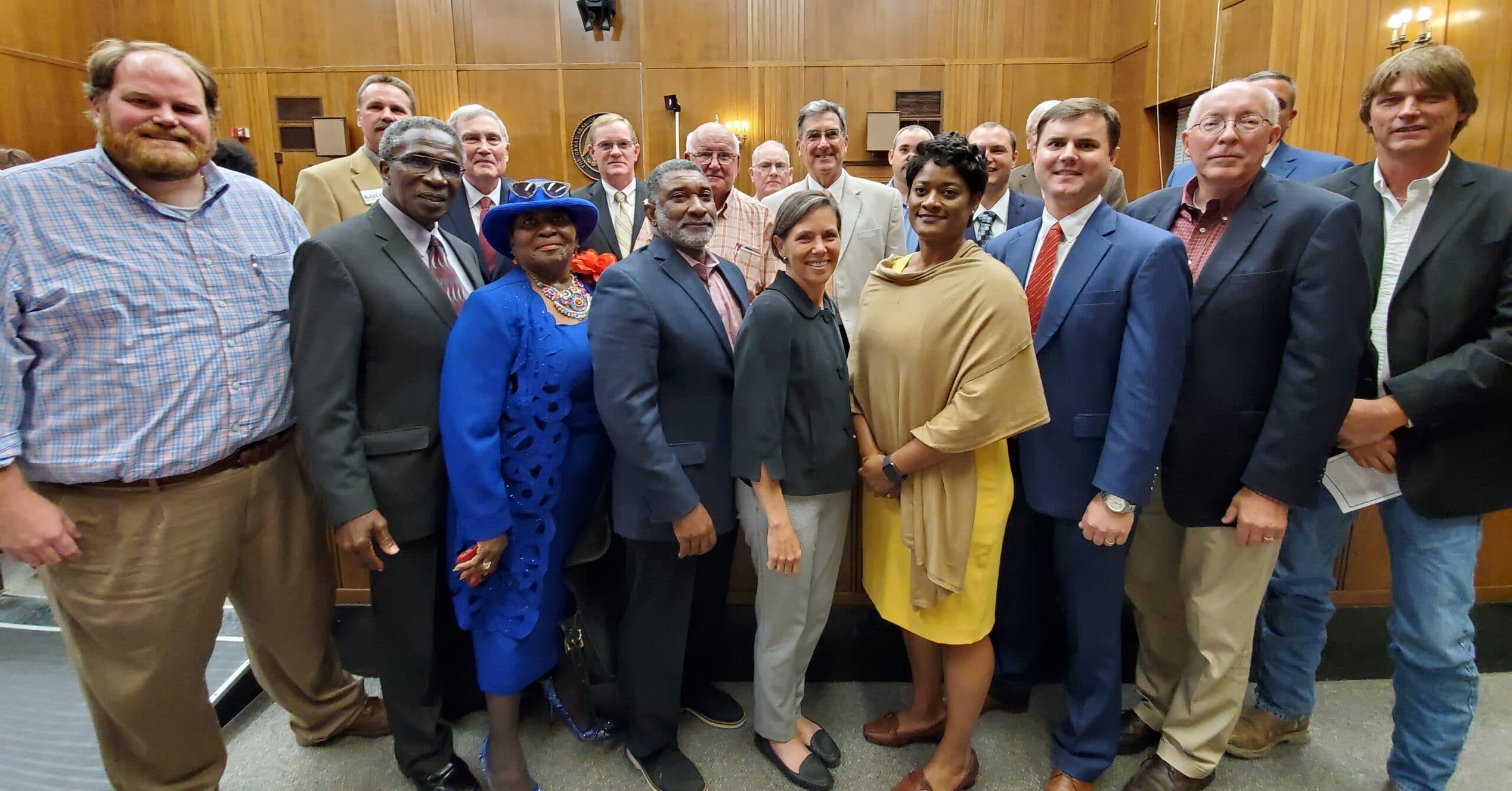 Candidates for statewide and local offices were in attendance at last night’s forum held at the Warren County Courthouse. About 75 people attended the event sponsored by the Vicksburg Branch of the NAACP, Vicksburg Alumnae Chapter of Delta Sigma Theta Sorority and Blacks in Government.

The forum began with the three candidates for statewide office speaking for two minutes each highlighting their plans and why they were the best candidate for the job. Candidates for county prosecutor and sheriff then laid out their plans. Each supervisor candidate was then given two minutes to outline what they will do if elected. All 20 candidates were held to a strict time limit to make their points. That included incumbent state Rep. Oscar Denton, who is running unopposed. Nonetheless, he briefly addressed and thanked the organizers and voters in attendance. 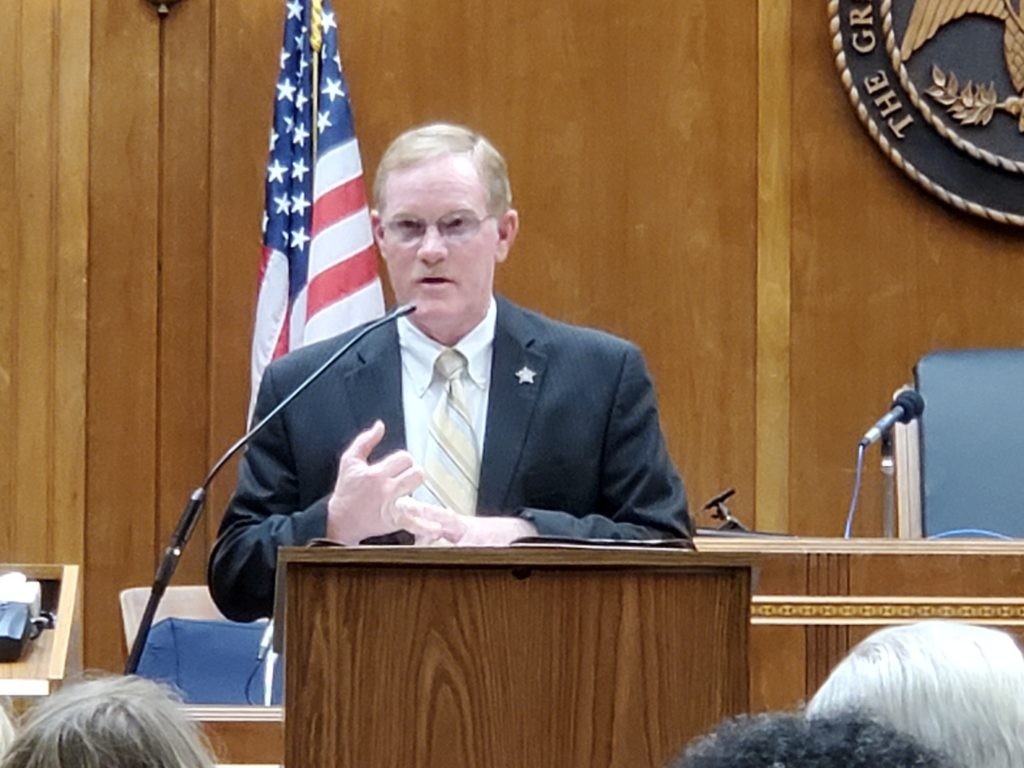 Sheriff Martin Pace makes his case to those assembled at the Forum.

The main feature of the evening was a question and answer session. The majority of the questions were directed toward the Supervisor candidates.

The first question put before the Supervisor candidates was, “Do you support the Leader in Me program?”

The program “teaches 21st-century leadership and life skills to students, and creates a culture of student empowerment based on the idea that every child can be a leader,” according to its website. 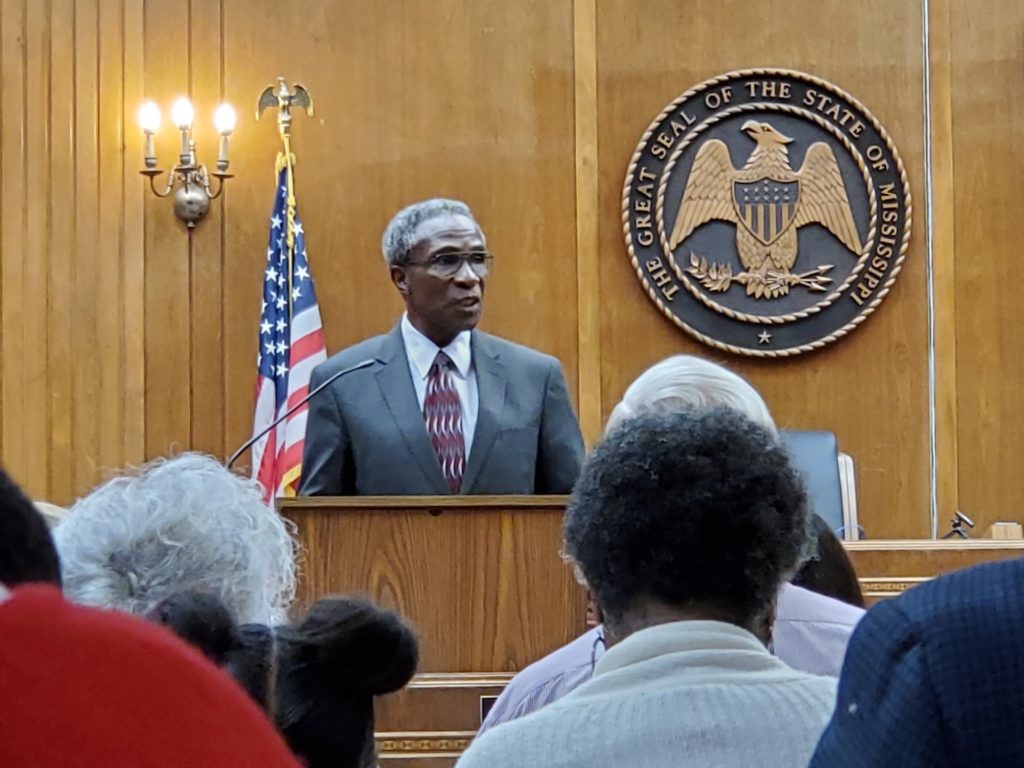 District 2 Supervisor William Banks explains why he voted down funding for the “Leader in Me’ program.

All the candidates for supervisor chimed in their support for the Leader in Me program.

The next question centered on the condition of the retail centers around town. “Retail is dying all around town,” an attending said, “What are you going to do to improve it?”

Most candidates talked around the issue and the importance of buying local. It wasn’t until District 4 candidate Jeff Holland spoke that any of them addressed on-line shopping. District 5 candidate Kelle Barfield also talked about the impact of on-line shopping and what she does at her retail business, Lorelei Books, to attract consumers to spend with her. 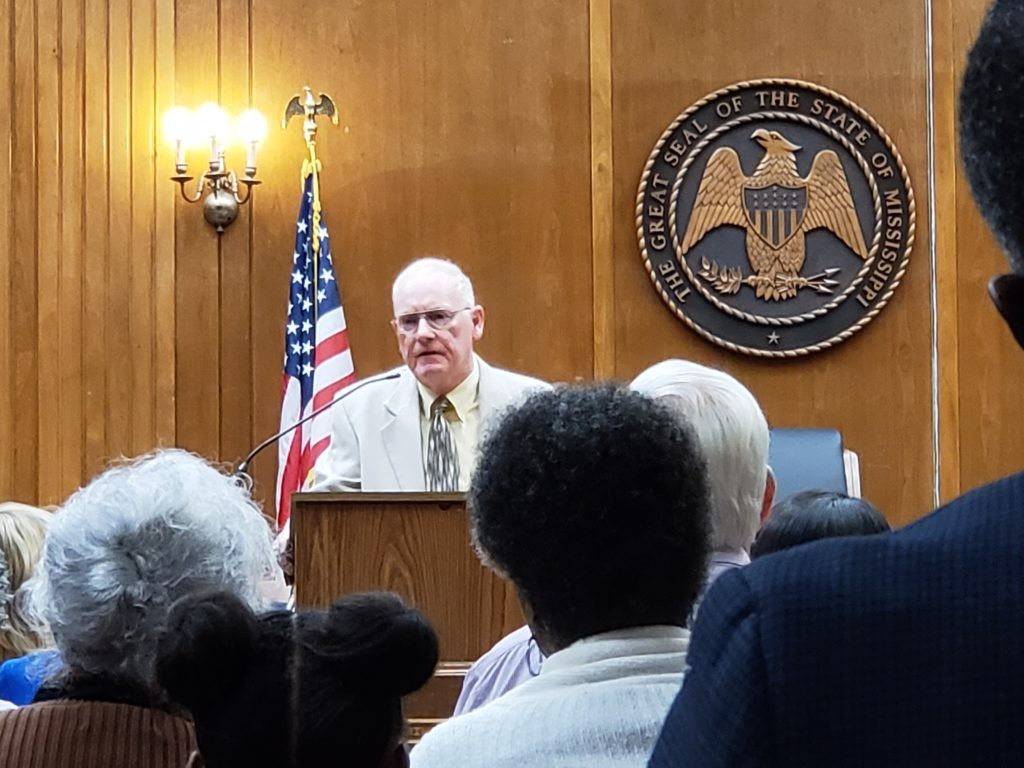 District 5 Supervisor Richard George explains his position on the declining condition of retail in Warren County.

The last question asked of the Supervisor candidates was, “How will you improve quality of life in the county?”

A wide variety of answers were offered including District 2 candidate Stan Collins talking about the need for jobs in Warren County. Most focused on the golf course in Bovina and opening the Old Highway 80 Bridge for recreational use.

The Forum concluded with a prayer and a group photo. 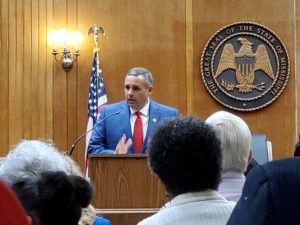 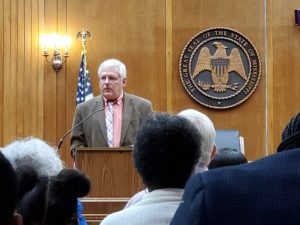 Be aware: Warren County under flash flood watch along with most of Mississippi