The search continues for two young men missing since Thursday on the Mississippi River, with multiple entities joining what is now a water and air rescue.

Friday morning, Warren County Sheriff Martin Pace said the two were 16 and 21 years old, and not from the Warren County area. They were believed to be headed to an area near Davis Island looking for good duck-hunting spots.

The sheriff’s office was asked to assist in the search around 9 p.m. Thursday by the Mississippi Department of Wildlife, Fisheries and Parks after concerned family members reported the two had not returned and were not answering their phones. Their truck and boat trailer were found at LeTourneau Landing where the search began.

“We had boats out last night until after 2 o’clock this morning when the fog and the rain just made it too dangerous to be on the water,” Pace said.

Rescuers were out again at first light Friday, including volunteers with the Cajun Navy, MDWFP personnel, and Warren County and Madison Parish deputies. A private aircraft and one from Madison have also been searching. 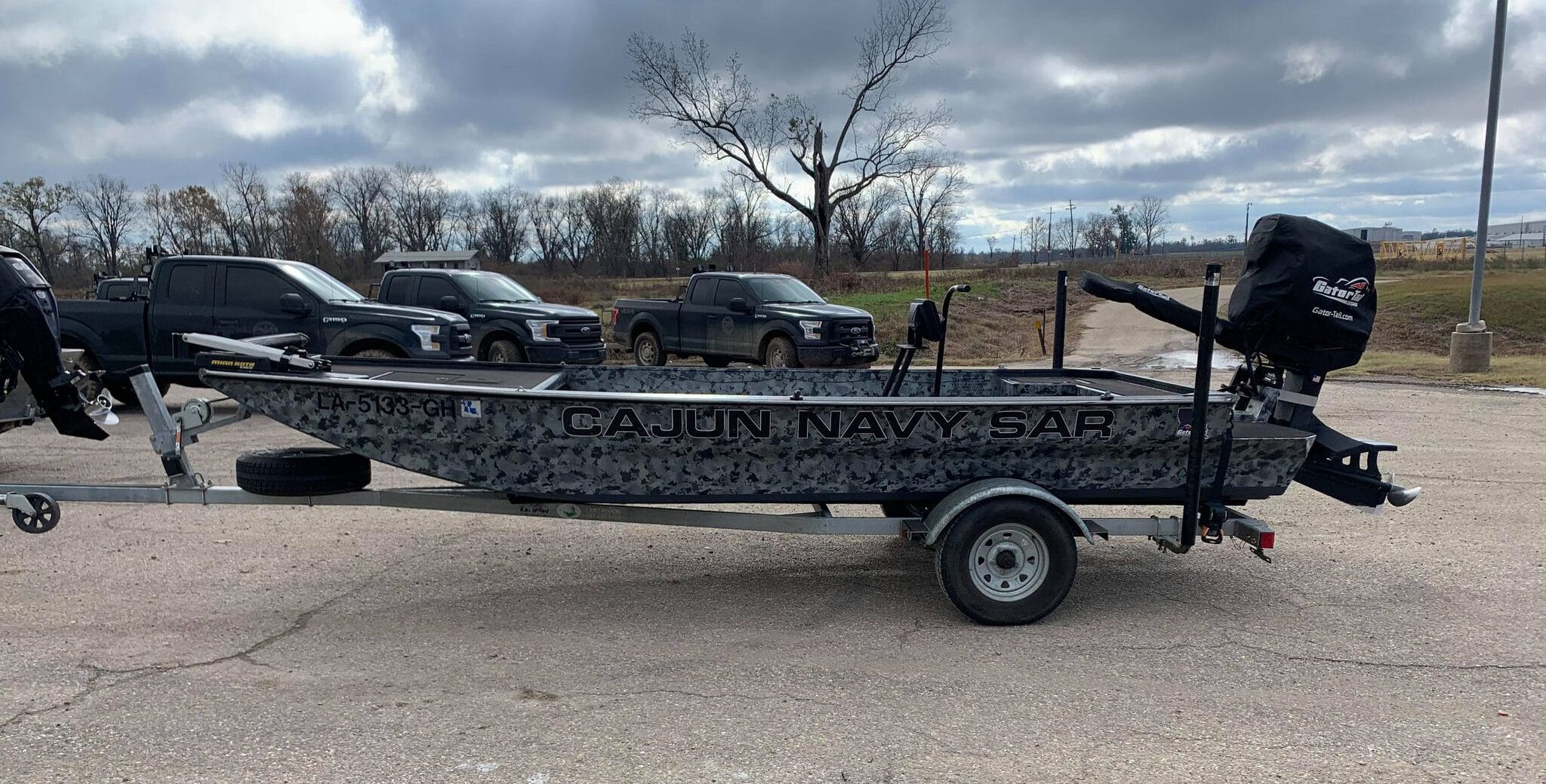 Volunteers with the Cajun Navy arrived Friday to assist in the search. (photo by Thomas Parker)

Friday morning, an overturned boat was discovered believed to belong to the two young men. It is not known if they are experienced boaters. Thursday’s weather, with rain and drizzle throughout, made the search difficult.

“The Mississippi River is dangerous on its best day and deadly on its worst, and yesterday was really just not the best day to be on the water,” Pace said.

Watch the live interview with Sheriff Martin Pace on our Facebook page.

A rescue boat from the Warren County Sheriff’s Office. (photo by Thomas Parker)

The missing young men have been identified as Gunner Palmer, 16, from Copiah County, and Zeb Hughes, 21, of Wesson, Mississippi. Family and friends of the two young men have reached out on Facebook, asking for prayers for their safe return. 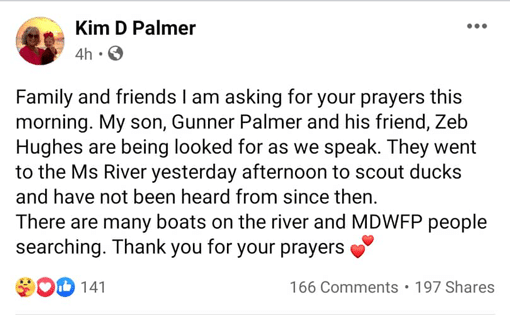 Sheriff Pace also expressed his hope for a happy ending to the search.  “We are just hoping and praying that they possibly were able to make it to the bank,” he said.  “We just don’t know at this time.”