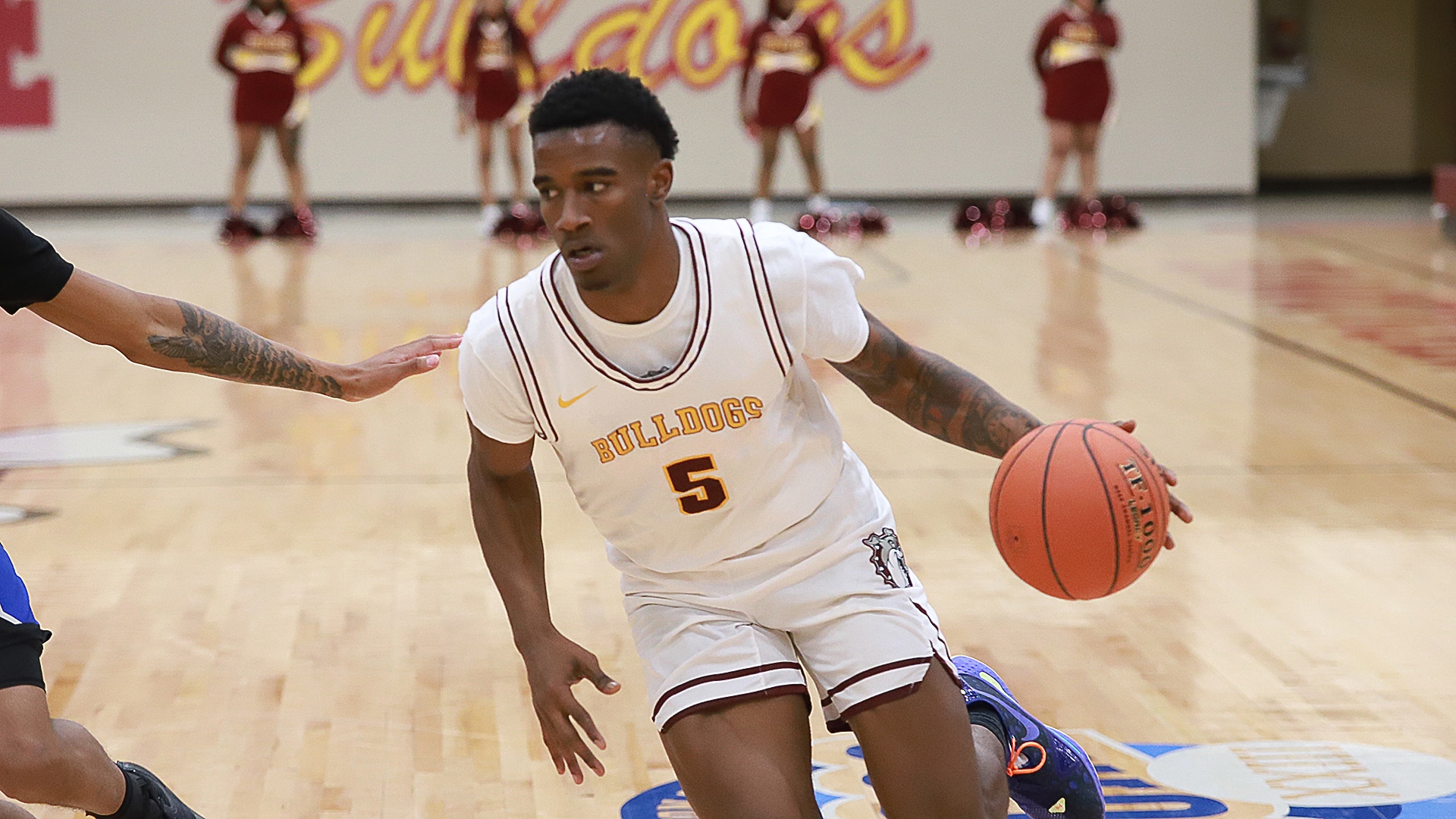 UTICA – A combination of bench points and steady play from starters keyed a second-half comeback win for the Hinds Community College Bulldogs men’s basketball team in the third round of the Region 23 playoffs Tuesday night.

Down by 13 at the half to Southwest Mississippi Community College, the Bulldogs came alive in the second half for an 81-78 win. Freshmen Caleb McCarty, of Biloxi, and Kyle Hayman, of Monroe, La., poured in 15 and 10 points respectively in a scintillating second half of action on the Bulldogs’ home floor. 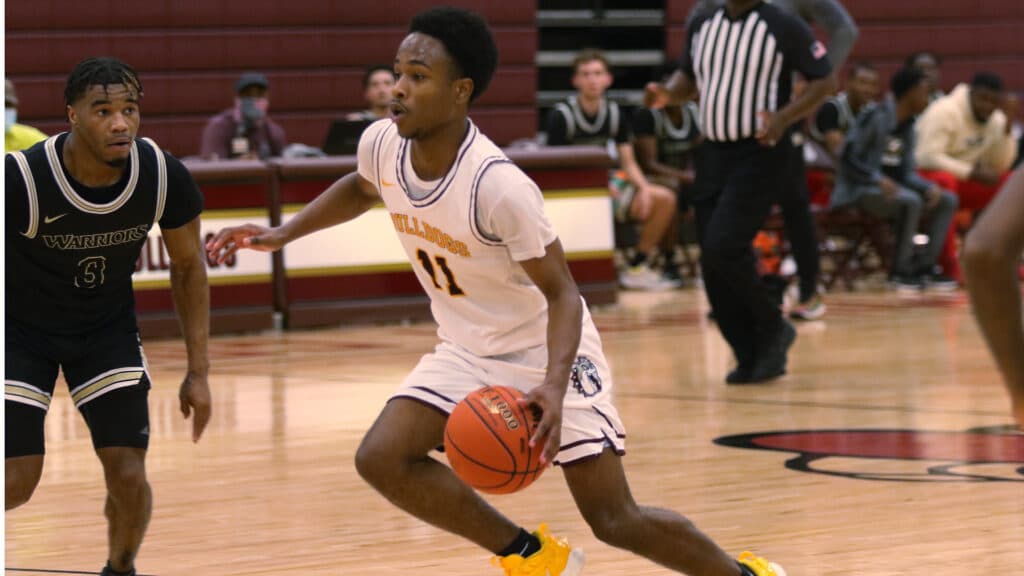 “I’ve been a part of all types of games — NCAA tourney, state championships and more — but this is probably one of the greatest comebacks in my career,” head coach Yusef Fitzgerald said. “Down 16 at one point, these young men never quit, and were able to fight back to beat a very tough Southwest team. D-Wash (Damerius Wash) was tremendous and Jordan Johnson was as well and as usual. Caleb McCarty and Kyle Hayman provided scoring and defense that turned the tide in the second half for us. To be in the final four of this league is tremendous and we’ve got a tough task ahead of us. We will prepare for our opponent and pray we can keep moving on.”

Johnson, of Memphis, led the way in scoring for the Bulldogs with 24 points to go along with six assists and four steals. Wash, of Canton, had another double-double, with 22 points and 10 rebounds, plus four steals. McCarty added three rebounds and four blocked shots. Hayman was a rebound away from a double-double of his own, with nine boards on the night.

The 13-2 Bulldogs advance to the semifinals of the Region 23 playoffs Thursday night against 14-3 Northeast Mississippi Community College. Tipoff is set for 7:30 p.m. at A.E. Wood Coliseum on the campus of Mississippi College in Clinton. The game will also be livestreamed at https://hindsccsports.net/channel-1/.