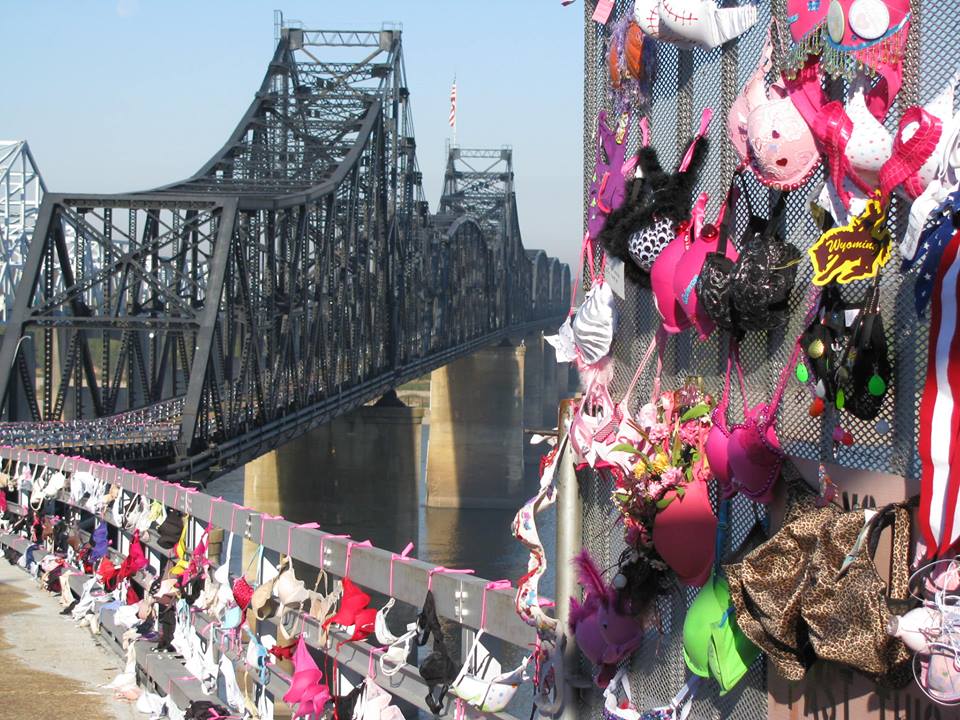 Bras Along the Bridge is canceled for 2020.

Riverwalk Casino Hotel in Vicksburg announced Monday that it would make a $5,000 donation to the American Cancer Society for breast cancer research.

The donation is being made in lieu of Riverwalk’s annual Bras Along the Bridge campaign, which will not be held this year due to the ongoing pandemic.

“We’re very pleased to make this donation to the American Cancer Society,” said Ginny Tzotzolas, Riverwalk’s general manager. “For the health and safety of the public and our team members, we have made the difficult decision to cancel Bras Along the Bridge in 2020. It’s the right thing to do, given the current environment.”

Bras Along the Bridge is an annual event held each October to raise awareness of breast cancer as well as money for the American Cancer Society.

“Each year, this is a special event for us,” said Christy Bridges, American Cancer Society representative. “But we understand the issues and are thrilled that Riverwalk is willing to step up and make such a generous donation in 2020.”

“The fight against breast cancer continues, and we look forward to keeping the Bras Along the Bridge tradition going next year – bigger and better than ever!” Tzotzolas added.