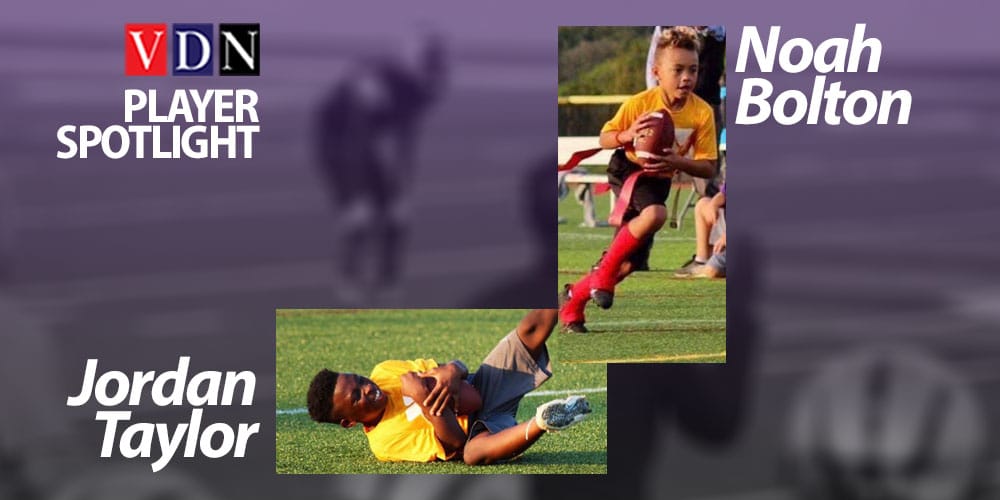 On the second play of the game Bolton scored on a long touchdown pass from Taylor making the score 7-0 against the Vikings. In the second half of the game, Bolton caught an interception on defense and returned it for a touchdown.

Bolton is a fourth grader at Bowmar Elementary and is in his second year playing for the Golden Eagles.

Taylor scored twice for the Golden Eagles as well, including the pass to Bolton. He ended up scoring his second touchdown from a 56-yard run in the third quarter.

Taylor is a fourth grader at Warren Central Intermediate and is also in his second year with the Golden Eagles.

Peytin Jackson also scored a touchdown for the team when he caught a short pass and ran for 97 yards just before halftime.

Bolton and Taylor led the Golden Eagles to a 5-2 record last season, but this year they are undefeated standing at 4-0.