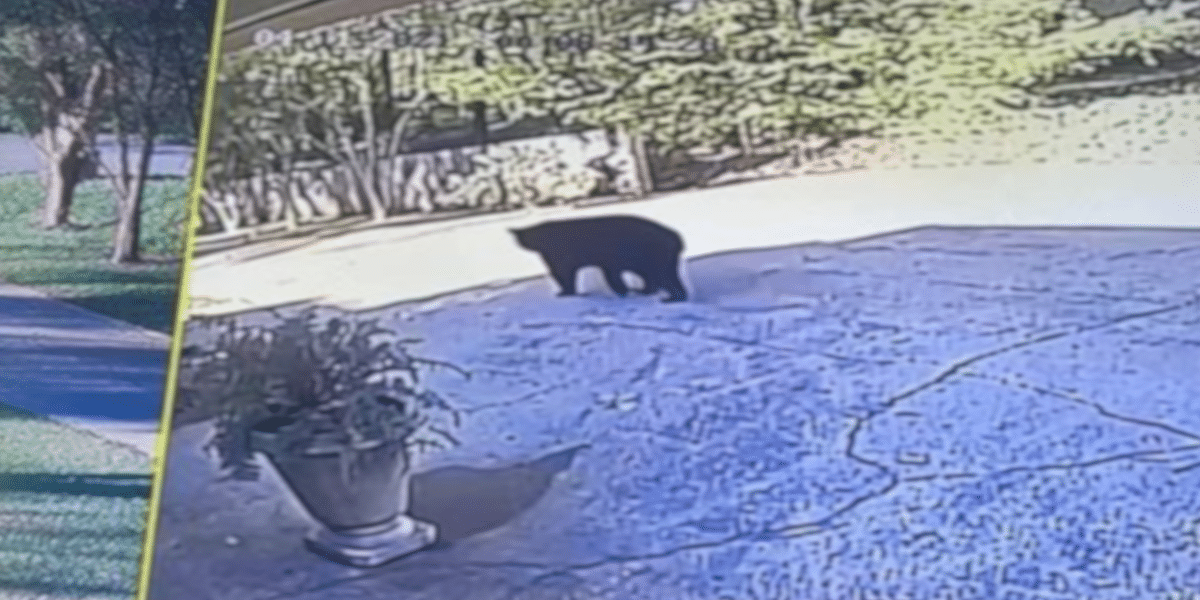 If there were medals awarded for most unusual places to spot a bear, Vicksburg would probably have a place on the winners’ list thanks to Openwood Plantation’s surprise visitor caught by Nicole and Chris Gilmer’s security camera a few weeks ago.

However, the town of Douglas, Arizona would be a shoo-in for the gold thanks to the rather large guy that climbed two utility poles in the middle of the small border town.

Last Sunday, officers with The Arizona Game and Fisheries department closed off Hwy 191 that runs through Douglas in an attempt to coax the bear down.

Around two dozen residents watched as state wildlife officials along with Douglas police officers, the Cochise County Sheriff’s Office and U.S. Border Patrol tried to get the unfazed creature to leave.

According to the AP, onlookers said the bear looked like he was actually quite comfortable sitting on the power lines and watching all the people on the ground watching him.

After the black bear had enough rest and relaxation, he decided to climb down on his own and leisurely make his way into some nearby woods.

Some residents said the bear’s pace was quite casual as he headed out of town, especially when compared to the speed with which the crowd on the ground dispersed.

Game and fisheries officers warned residents to be on the lookout for any others as this is the time of year bears are on the move.

The stage has been set for Saturday’s municipal debate