Board of Supervisors starts 2020 with a shakeup

Almost immediately, the new board began shaking things up, voting to replace the county’s engineering firm. John McKee, manager at Stantec, has been with the county for more than 20 years. McKee has been replaced by Keith O’Keefe, senior vice president and manager of Neel-Schaffer’s Central Mississippi District.

District 2 Supervisor William H. Banks Jr. was the only member to vote against the motion.

“Appointing new people does not mean previous appointees were not doing their job nor did anything wrong,” said District 5 Supervisor Kelle Barfield. ‘We just felt that it was time to have some new energy and new perspective brought to future Warren County projects.”

Barfield said the change in county engineer has nothing to do with any previous projects that Stantec has done.

“Stantec is a very credible company, and John [McKee] has done a great service to Warren County,” Barfield said.

The board then voted to table a proposed salary increase of $3,000 annually, even as Banks fought to keep it. The last increase board members received was in 2004. The proposed increase was approved by the Mississippi Legislature last year, as Senate Bill 2827. For some positions, the increases were automatic, but county supervisors are required to approve the increase for their salaries before it can go into effect. 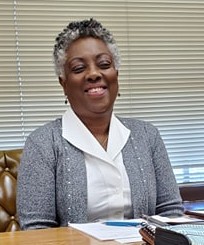 Loretta Brantley was sworn in as interim county administrator, replacing John Smith, who retired from the position after a long illness effective Dec. 31, 2019.

“I first would like to thank the board for their confidence in appointing me as the interim county administrator,” said Brantley. “I commit to do my very best.”