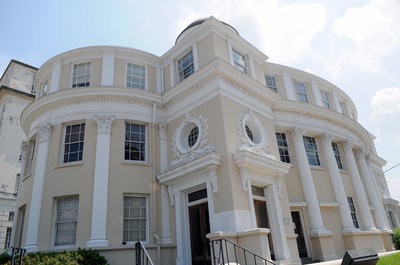 Dr. Jane McAllister, who lived here until her death in January of 1996 at the age of 96, was the first black woman to earn a Ph.D. in education.  A renowned educator at JSU, Dr. McAllister taught at the university from 1952 to 1967 where during this time she initiated new programs and implemented some of the university’s first significant outreach programs. She was also the first person to bring “tele-lectures,” lessons broadcast via telephone or satellite from other parts of the world, to JSU, Tougaloo College, Grambling State University and Southern University. The City Clerk was authorized to advertise sealed bids for the sale of properties located on Meadow, Crawford and Bowman Streets. Payment in the amount of $11,870 to Applied Concepts, Inc of Plano, TX was approved.  The City is purchasing four (4) Stalker Radar Units, which Applied Concepts is the sole supplier of.  Units of this type were also purchase last year.  This purchase is to outfit the new vehicles that have been purchase with radar equipment. Victor Gray-Lewis discussed multiple properties that are schedule for cleaning, cutting and/or demolition. The Vicksburg Homecoming Benevolent Club was awarded a sponsorship for their Annual Homecoming Souvenir Booklet in the amount of $100. Alderman Sid Beauman voted against the following items on the agenda. The BOMA ratified the mayor’s signature on a letter in support of Cedar Grove Place Development.  This letter was written and signed, approved by a voice vote, last week and this vote was merely a formality.  The letter had to be sent in before the meeting in order for the developer to make application for funding the project which will create a new gated community off of Grove Street. A request for $5,000 in matching funds to Triumph Ministries, Inc. was approved.  The funding is expressly for the Youth Summer Enrichment Program, pursuant to Mississippi Code Section 21-95-65 Payment of Vicksburg’s share in the operation of Vicksburg-Tallulah Regional Airport in the amount of $1,953.74 was approved.]]]]> ]]>

Some Place Special's Events for May

Warren County Board of Supervisors – Meeting of Monday, May 2, 2011