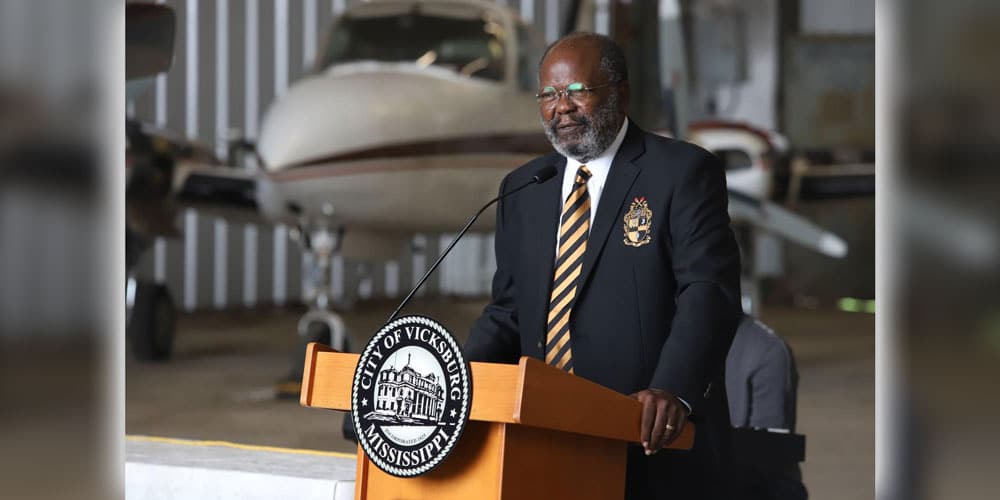 (courtesy of the City of Vicksburg)

Robert Walker has served the citizens of Vicksburg for many years. The Vicksburg Daily News is proud to recognize him during Black History Month for being the first African-American to be elected Mayor of Vicksburg.

Walker first began his political career in 1984 when he was elected to the Warren County Board of Supervisors in District 3. He was re-elected in 1988 but vacated the seat after running for and winning the position of Vicksburg’s Mayor in a special election in 1988. He was re-elected in 1989 and went on to serve a full four-year term. In 1993, he came up short of a victory after losing to Joe Loviza in his bid for reelection.

A determined Walker stayed at it and ran against Loviza in 1997 to retake the Mayor’s office serving from 1997-2001. He then served as a professor at Tougaloo College and Jackson State University until being called to serve as the city of Jackson Mayor Frank Melton’s Chief Administrative Officer in 2005.

Walker remains a prominent figure in the city of Vicksburg due to his love for the community and his accomplishments, partially listed below.

“Former Mayor Robert M. Walker is and was an effective leader in every position he served such as civil rights leader, professor, church leader and political leader,” Vicksburg Mayor George Flaggs Jr. said. “Mayor Walker is man of honesty, integrity, and committed public servant that we as leaders  should follow as mentor. I salute him as Mayor of Vicksburg for his services to our nation, state, county, and city.”

In 2019 the city annex building was renamed in his honor.

A proud member of Alpha Phi Alpha, Walker has spent a life in service to better Vicksburg and Mississippi as the Field Secretary of the NAACP. Walker also co-founded and coordinated the Mississippi Legal Services Coalition.

In addition to becoming Vicksburg’s first black mayor in 1988, Robert Walker was also the first African-American to receive a Master’s Degree from Ole Miss. Other achievements include leading the effort to win an African-American Civil War Monument in the Vicksburg National Military Park and working with other civil rights activists on voter registration. Walker has also served a couple of terms as the interim athletic director for JSU a couple of times, always stressing academic success as a primary goal.

(A draft version of this story was published in error)