Reader's poll: If election were today, who would get your vote?

Vicksburger Brelynn Beck can be a cover girl with your help

Here are the candidates and when to vote

Kimble to run for mayor of Vicksburg

Hollingsworth files to run for Mayor 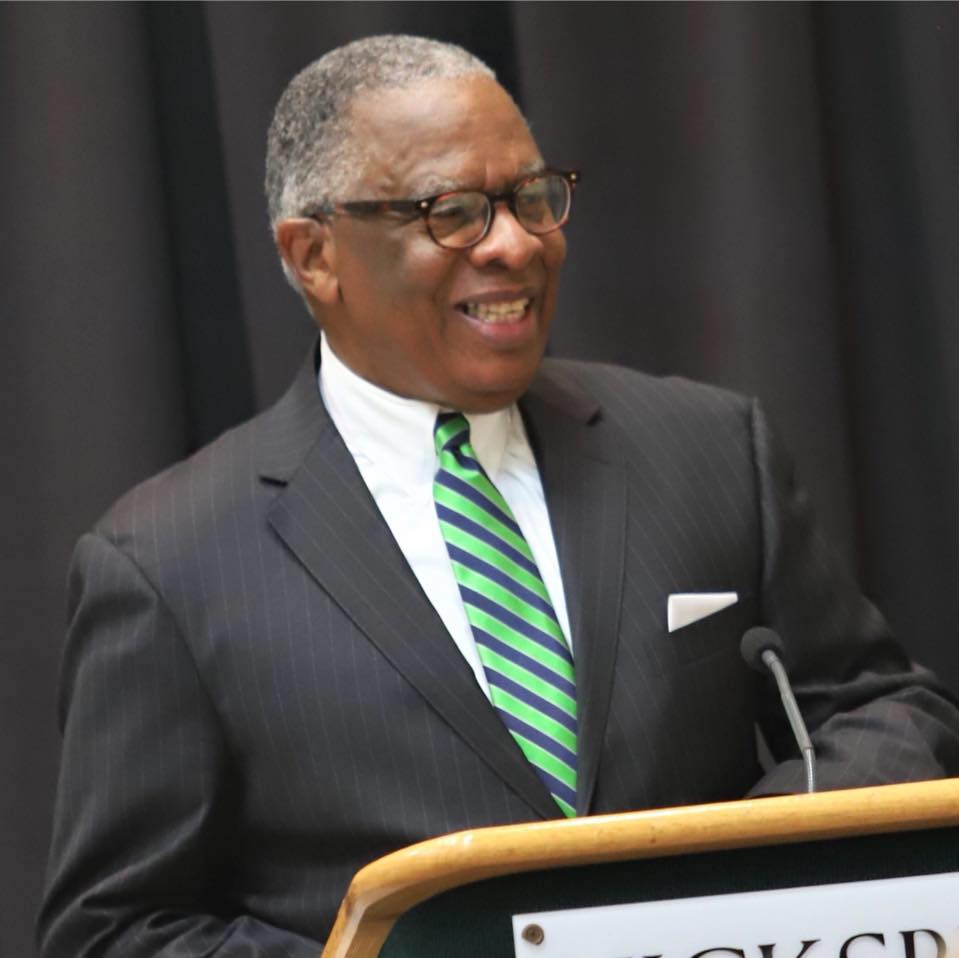 Vicksburg Mayor George Flaggs Jr. is a big advocate of responsible fiscal stewardship of the City of Vicksburg’s tax-payer funds. It’s that careful planning that has enabled Flaggs to propose pay raises to city employees, elected officials and first responders while maintaining a surplus for emergencies.

The Vicksburg Daily News recently conducted an exclusive interview with Flaggs regarding some details of this year’s budget.

Could you give me a brief overview on the budget that’s been established in an effort to offer a pay raise to select city workers?

We have basically the same budget we’ve had for the last two to three years and that’s right at about $30 million projected revenue. What I’ve done is always use a conservative approach to budget. I use the 97-percent rule. That 97-percent rule allows you to budget only 97 percent of your previous year’s budget, which is like a 60-percent reduction right off the bat, and what that’s for is to make (departments) run within the budget number, and then having to prove they need the capital expenditures they ask for. Because you lock in your personnel costs, health-care costs, data and operational costs, and that’s just my experience as a legislator.

A lot of cities probably will not operate like this because they are unaware of it and cannot do it to the extent that I can, because I served on the (Mississippi) legislative budget committee, and because of that, there is a difference between an $18 billion budget with 29,000 employees, (and) a $30 million budget with about 495 or 500 up to 505 employees. That’s just the experience that I have, and so far it’s working. At the same time you’re still maintaining your $3 million surplus which is in a reserve fund, a part of the budget that you don’t use unless there is an emergency. So that is another safety net for the pay raise.

How I got the pay raise out of this budget was a little different. We implemented a health-care clinic for employees. We are self insured, and because we are self insured, we appropriate about $4 million a year for health care. By coming in and managing the clinic, we are able to reduce health-care costs by (more than) $900,000. That’s (more than) $300,000 for the costs of operating the clinic, and about a $522,000 saving, so I took $300,000 of $500,000 and put it aside for a pay increase. Then I went to the trajectory revenue, and I saw that it looked like we were going to exceed our trajectory revenues that we had for last year for our budget, and (I) took $300,000 out of that, which is now $600,000, and that’s how we are able to do the pay raise.

Now the pay raise is about $565,000, but we put some protection in that. You don’t get a pay raise if you haven’t been employed with the City of Vicksburg for more than six months. We’ve capped it at 4 percent for firemen only and 3 percent for all other employees, including elected officials. We also—something we’ve never done before but it will work—we stop employees from having any new position. We cannot create any more new positions. How do we do that? If your position calls for us, the City, to pay for your retirement system, then we are not going to create that position. We’re going to hire more temp workers because our highest turnover is in the labor department, and why should we keep on paying 17+ percent of their salary in retirement when they are not staying six months.

We’re also raising minimum wage for city employees from $8.25 to $8.50 but you have to be a full time employee, not part time or seasonal.

It’s a very conservative budget, and it’s working. We hope to continue to provide the best possible service to the taxpayer at the lowest possible price.

Have there been any roadblocks that have delayed the pay raise or any that you’ve had to work around?

Not yet. We have had, I think a $9 million capital expenditure request. We’ve narrowed it down to about $1.3 million, and that was easy. This now means that we have to cut another $1.3 million out of the existing budget. Our first responders need a lot of things, and so we bring them in to discuss their needs so we won’t cut any necessities out of our budget. To take the politics out of it, I’ve always had a committee looking after these things.

What directly led to this budget?

My experience as a legislator that I’ve used since day one. When I came in, I was budgeting 97 percent. I didn’t care what anyone was doing: I wanted $3 million out of the budget and into an emergency account that would only be used in the case of an emergency.

I’ve been able to do two budgets. One is the actual budget we use and we adopt, and then I do a supplemented budget. Because once you do something for six months, you’re automatically ahead.

What are your priorities for the coming year?

My priorities for the coming year are to do the pay raise, raise the minimum wage and operate under that budget, and to still create a surplus as a result of the 97-percent process.

Is there anything you want your constituents to know, and if so, what is that?

What we’re doing is providing the best quality of service at the lowest cost to the taxpayer. Then again we’re going to reduce the cost of water and sewage to them by taking away the $5 and $8 environmental assessment fee. If we can continue to do what we do and monitor ourselves, I have various intentions of taking away from other areas. I just think as we save and reduce the surplus, we should either give it back to the taxpayers, residents or customers.

At the same time, you can’t grow a city without providing the best costs and wages to the employees, and that’s why I started with the minimum wage.

This interview has been edited lightly for clarity. Updated to include information about a public hearing on the proposed budget.