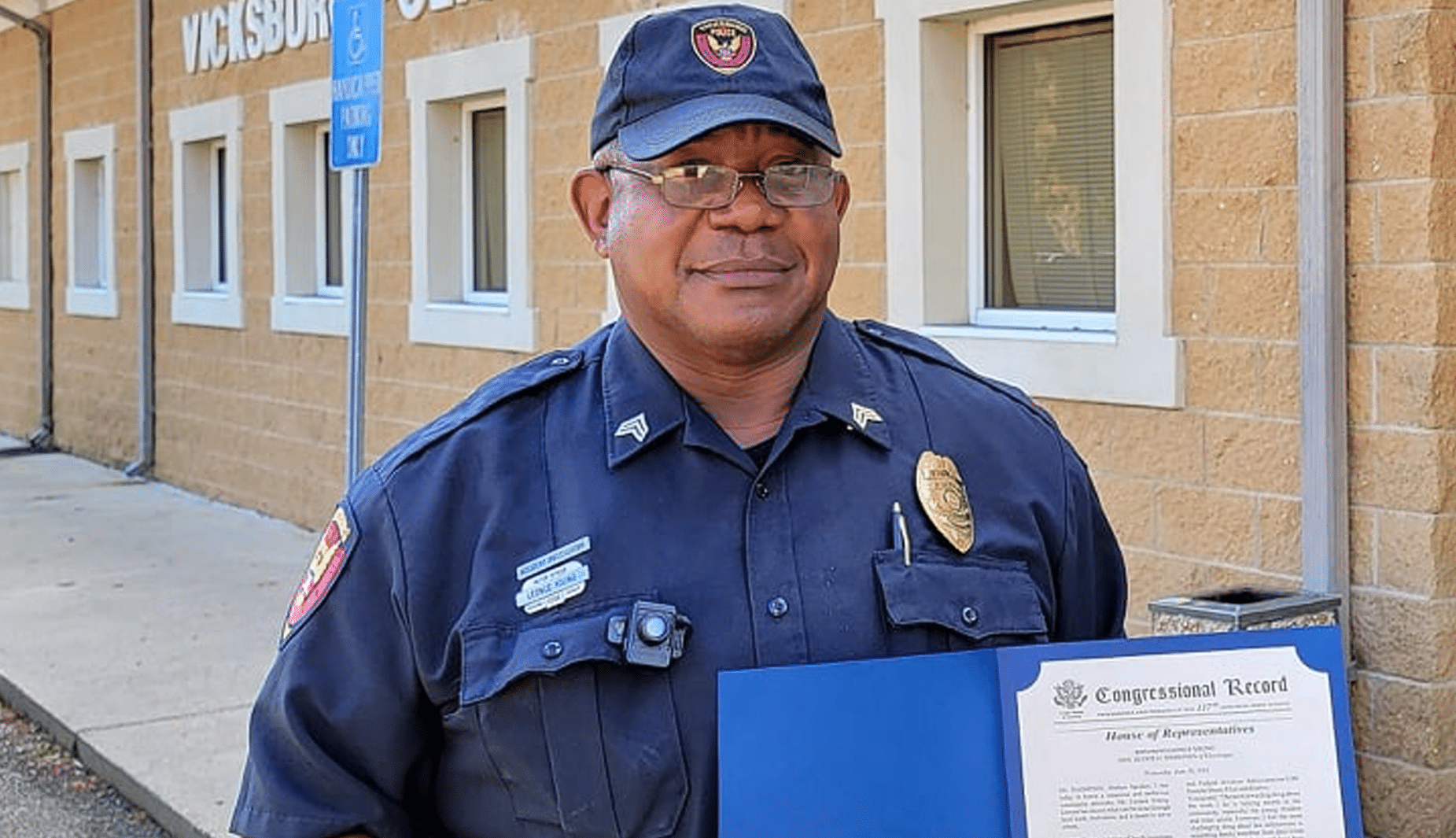 On July 19, Congressman Thompson was recognized by the Speaker of the House. Thompson said, “Madam Speaker, I rise today to honor a tenacious and ambitious community advocate, Mr. Leonce Young. Leonce has shown what can be done through hard work, dedication, and a desire to serve others.”

Young was featured in our series, “Those Who Keep Us Safe” on June 6.

Congressman Thompson went on to quote the story saying:

“Leonce Young, a native of South Louisiana, enrolled in Louisiana State University with aspirations to pursue an engineering degree; however, he felt that was not his destiny. He instead opted to join the United States military serving in the Navy and Marines for a total of 22 years.

Officer Young’s desire to join law enforcement began while in the active military. He accompanied a friend during a ride-along in Baton Rouge, Louisiana, and that experience ignited the fire in him to pursue a career in law enforcement.

Young said, “The most rewarding thing about the work I do is helping people in the community, especially the young children and older adults. However, I feel the most challenging thing about law enforcement is separating family members from their loved ones due to incidents that could have been prevented.”

Young believes that to be a good law enforcement officer, one must have compassion for others, the ability to think quickly under stressful situations, good communication skills and, above all, integrity.

Leonce is married with two adult children and his favorite pastime is riding his motorcycle along the scenic highways.”

Thompson concluded by saying, “Madam Speaker, I ask my colleagues to join me in recognizing Mr. Leonce Young for his passion and desire to make a difference in the community.”