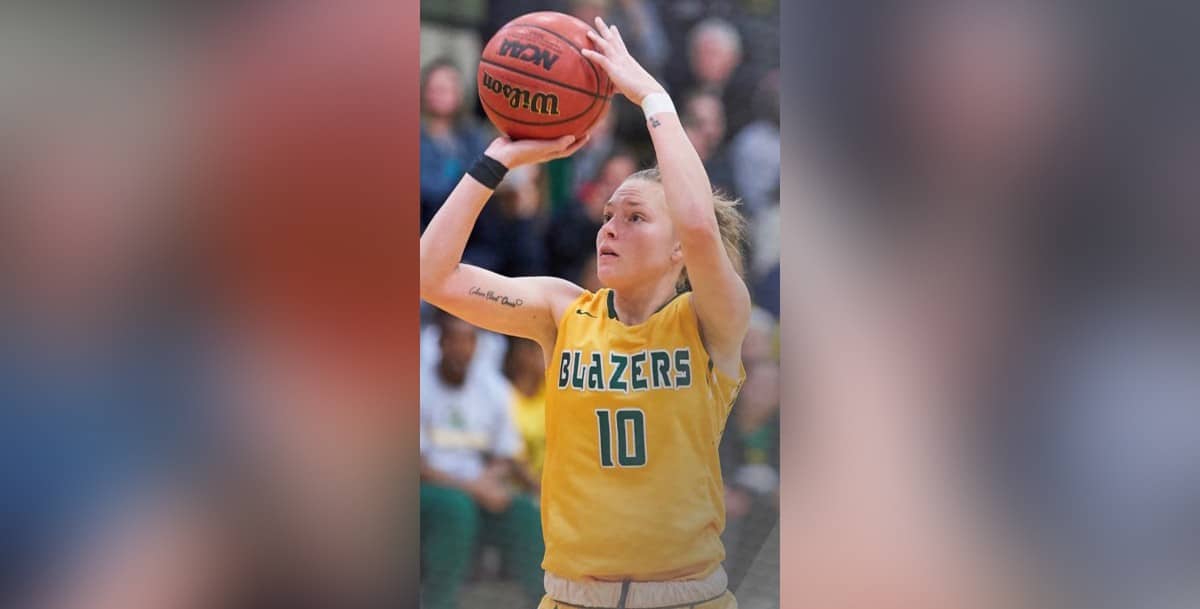 Peyton Papenburg of the Belhaven Blazers takes a shot. Photo from Facebook.

The women fell to Rhodes College last night in overtime 93-92. The loss would be the lady’s first loss of the season, and some players still managed to put up impressive numbers. Mariah Collins had 27 points in the night along with her eight rebounds. Keke Lyles also had good numbers by scoring 19 points to go with her nine rebounds.

The men also struggled last night as they played the Rhodes Lynxes in a heated battle that resulted in 108-98 Blazer loss. The Blazers were only down by three at halftime but at the end of the third quarter, they were down by 23 points. Both Brosnan Cooks and Ryan Dupree had 22 points for the Blazers. Kelvin Pruitt added 16 points for the Blazers, but the team still fell short to the Lynxes.

Alcorn Braves ranked No.1 among HBCUs