Being Irish in Vicksburg 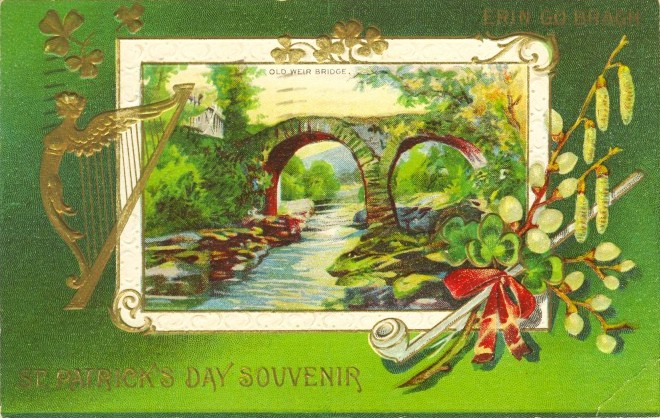 Wearing green on March 17 doesn’t make you Irish, but Vicksburg does have a close connection with the Emerald Isle.

There’s even a special place in Cedar Hill Cemetery for the Irish to be buried and it was appropriately called “Little Ireland” by the late Blaine Russell, the city’s beloved historian. There was once a sign on the site proclaiming it the “Irish Burying Ground,” and the metal posts that designate the boundaries were once painted green.

In the early days of the city, there were two classes of Irish, those who loved to fight and drink, and the more affluent who were referred to as “Lace Curtain Irish.” In times of trouble, the differences were forgotten as evidenced by the burying ground.

On June 22, 1858, a committee consisting of Charles Cox, Michael Brady and Tom Connors bought the burial plot, a tract 80-by-100 feet. All probably went well until the early 1920s when the righteous indignation of several citizens was aroused when it was discovered that the city had sold two lots that were part of the Irish tract to private citizens.

A lawsuit was brought by T.M. Morrissey, Edward B. Cummings and Frank M. Garvey “in their own right as individuals of Irish descent and as representatives and next friends to all other citizens and residents of said City of Irish descent…”

The suit was filed in 1923, and the legal document notes that the deed was delivered to the Irish citizens who “at once, or shortly thereafter, commenced to bury their dead in said lot so dedicated and have since continuously buried their dead therein up to a few years past, so that the remains of divers and sundry Irish citizens now rest in the said burial ground…”

Even before the suit was heard, just to make sure the boundaries were known, Frank, Arnold and Bernard Fisher along with J.B. Farrell and Robert Smith erected the posts at the corners on April 17, 1922. They are said to be the ones who painted them green.

Headstones mark many of the graves—Garvey, Whelan, Sheehan, Healey, Griffin, Murphy, and Hogan—but many more were never marked except possibly by wooden slabs.

The Irish have long figured prominently here in other ways than just being buried.

In 1861—Mississippi had just left the Union—St. Patrick’s Day was on a Sunday, but few thought about it as the formation of the new republic was on their minds. J.M. Swords, editor of the Daily Evening Citizen, wrote about a man named Morris who “thought he would take a spree to celebrate St. Patrick’s Day.” He fell out of his skiff in the river. Rescued by two boys, he was alive but “very wet.”

The only attempt to celebrate the day, Swords wrote, was when one individual “adorned himself with a number of green turnip leaves, which he had tastefully arranged in his hat.” They were the closest he could find to represent the shamrock.

There was neither time and rarely a reason to celebrate the Irish holiday during the War Between the States, but both sides had Irish brigades. The South had a patriotic song celebrating such, and they also had an outstanding general of Irish birth, Gen. Patrick Cleburne, who lived in Arkansas.

Of the many stories about the war, and about what happened in Vicksburg, one especially sad tale comes to mind. There was an Irish lad who joined the Confederate Army, but after a while for reasons unknown, he decided to change sides. He was captured wearing the blue at Haynes Bluff north of Redwood, taken to prison in Vicksburg, and was recognized by a Confederate guard. The soldier was condemned to death for desertion and treason. The execution by firing squad took place near the entrance to Cedar Hill Cemetery, and he was buried in a grave, the exact location of which is unknown and unmarked. 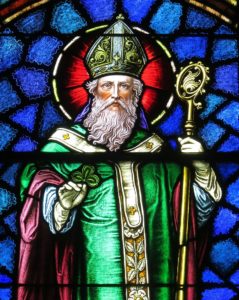 Over the decades many of the Catholic priests in Vicksburg have come from Ireland, and in 1920, Eamon de Valera visited here, made a speech at St. Francis, and collected funds to take home to use in fighting the British. A year later, de Valera became the first president of the Irish Republic after they threw off British rule and president of Ireland in 1959.

Many stories, and often jokes, have been told about the Irish who love to laugh, even at themselves. Blaine Russell told me this one:

A classified ad in an Irish newspaper read: “To Michael Duffy Sr., who left me and my infant son, Mike Jr., to Shift for Ourselves Twenty years ago—Dear Mike, if you will only come home my son Mike will take pleasure in knocking the Hell out of you.”