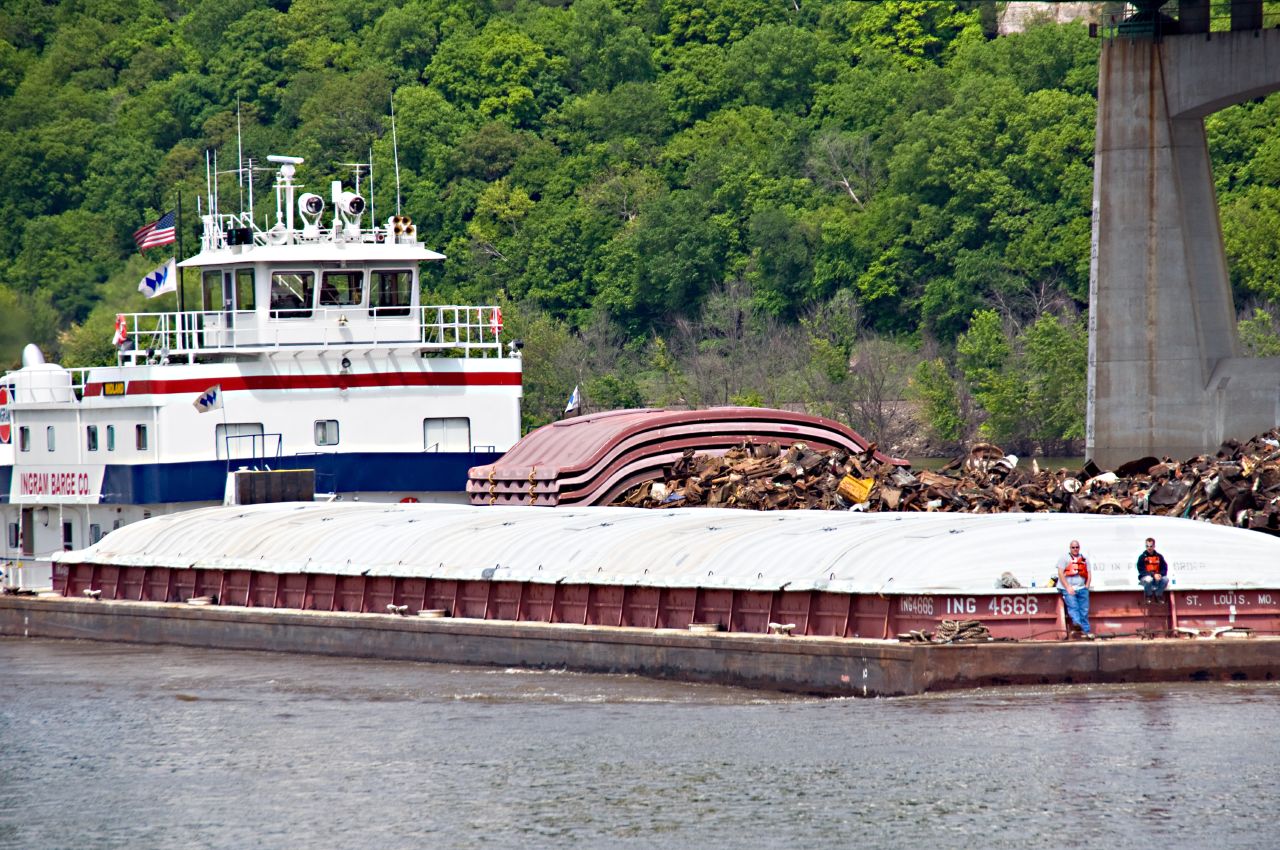 The Old Mississippi River Bridge at Vicksburg was struck by barges this morning at around 7:34 a.m.

The Nyberg was pushing 10 empty and two loaded tank barges, and the collision caused the tow to break apart. Vessels from Ergon Marine responded and captured the barges south of the Vicksburg bridges. No barges sank as the result of the incident, and there have been no reported injuries.

Smith added that train traffic has been halted on the Old Vicksburg Bridge until a bridge engineer can complete an inspection for damage.

The Nyberg is owned by Marquette Transportation of Paducah, Ky.