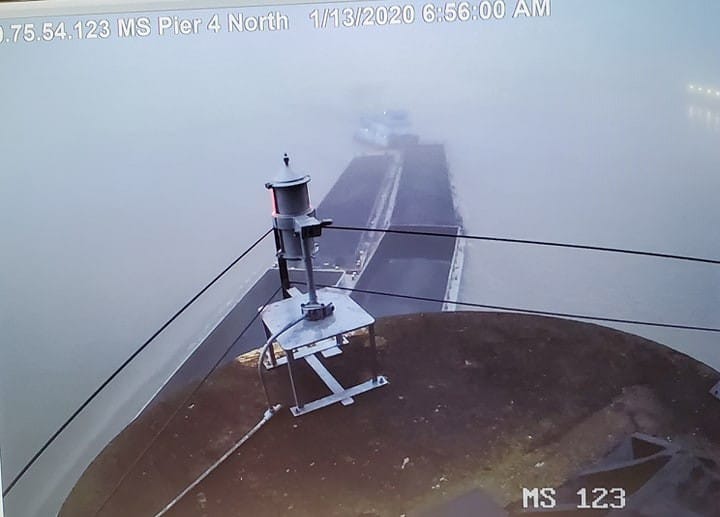 Heavy early morning fog on the Mississippi River is being blamed for barges hitting the supports of the old Highway 80 Bridge in Vicksburg.

Reports started coming in just before 7 a.m. that barges worked by the Terrell Marine boat Miss Lynn had hit at least three of the bridge supports—first pier 4, then 5 and 3.

At least three barges of the six in the convoy where involved, and although there are no reports of major damage, one of the barges is taking on water.

There are no reports of injuries.

The U.S. Coast Guard is investigating the accident, and its findings should be completed around 11 a.m. Railroad traffic across the bridge has been halted.

According to Herman Smith, superintendent of the Vicksburg Bridge Commission of Warren County, Terrell Marine will be billed for any engineering costs and the commission’s time.

Related Topics:bridgeFeaturedMississippi River
Up Next