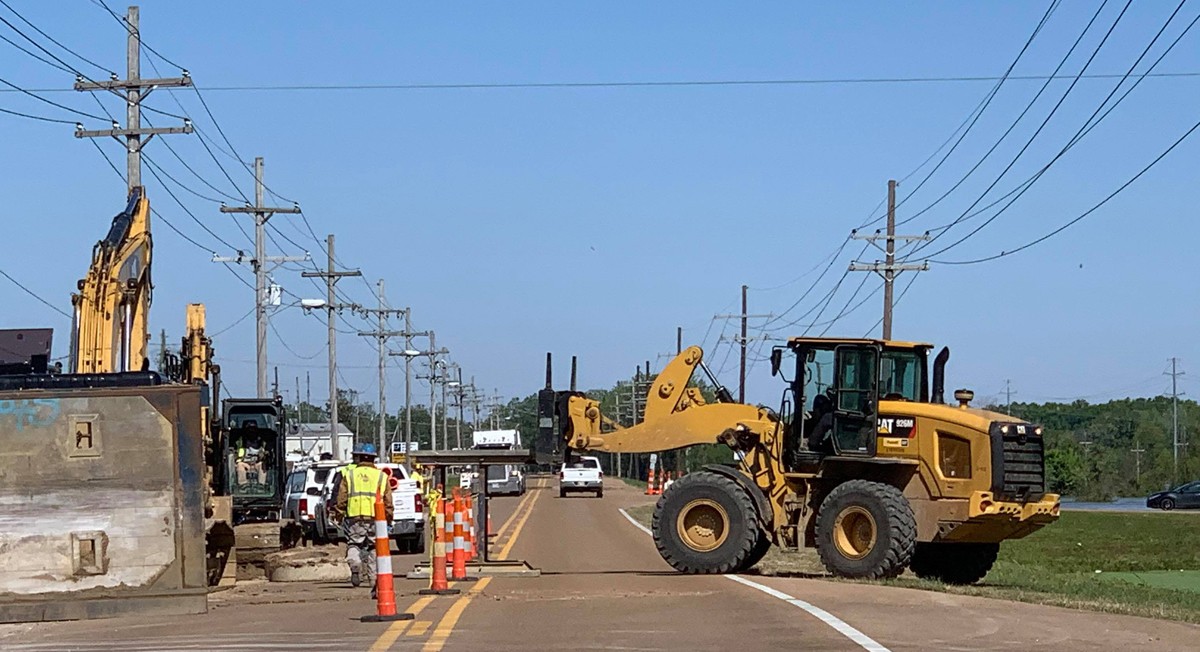 Construction on an auxiliary water line for the City of Vicksburg has begun. The line will run from the city’s water plant on Haining Road along North Washington Street to a valve near the Jessie Brent Interpretive Center.

In May of 2017, a break on the city’s main water line caused the city to be without water for several days. Schools were shut down and more than 29,000 residents had no water. Mayor George Flaggs Jr. and North Ward Alderman Michael Mayfield made it a priority to construct an alternate line following that incident.

These 30-inch pipes will be installed for the alternate water line. (Photo by Thomas Parker)

Vicksburg Public Works Director Garnett Van Norman says the installation of the 30-inch back-up line will give the city a mechanism to continue service to businesses and residential customers in the event of another break in the main water service line. Van Norman says the project is should take about a year to complete.

Florence, Miss., based Hemphill Construction is the contractor for the project. Hemphill’s bid of $5.03 million was the lowest of six bids on the project. Initially, the city projected the project to cost around $6 million.

The city’s portion of the bill will be around $1 million dollars. In July, Flaggs signed an agreement with the U.S. Army Corps of Engineers which put $4.5 million in grant funds from the Water Resources Development Act into the project.

The city also provides water through a sales agreement to Culkin and the Yokena-Jeff Davis water districts.

During construction, speed limits along Haining Road and North Washington will be reduced from 45 mph to 30 mph. Vicksburg Police will be closely monitoring traffic in the area and speeding and other fines can be enhanced within the construction zone.