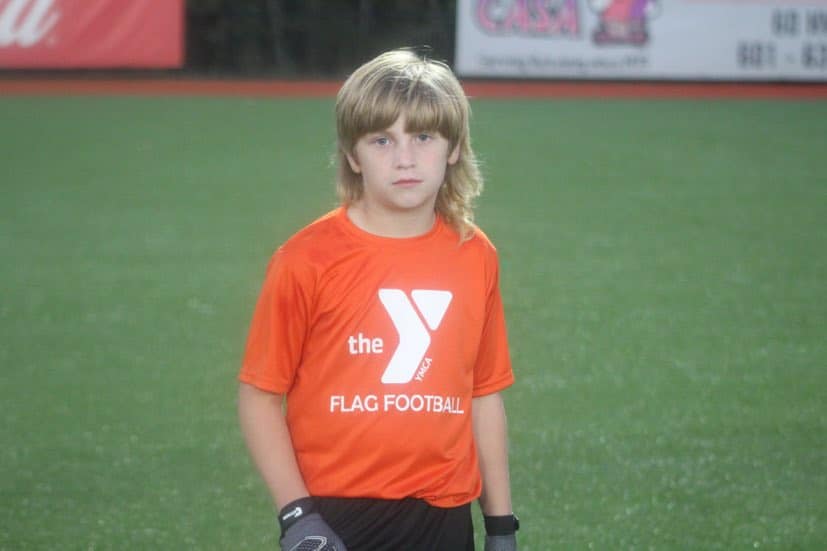 Austin Greer helped his YMCA flag football team to a win on Tuesday where he led the Giants in touchdowns.

Besides being a good youth football player, Greer is a fourth-grader at Bovina Elementary and is the son of Robin and Daniel Greer.