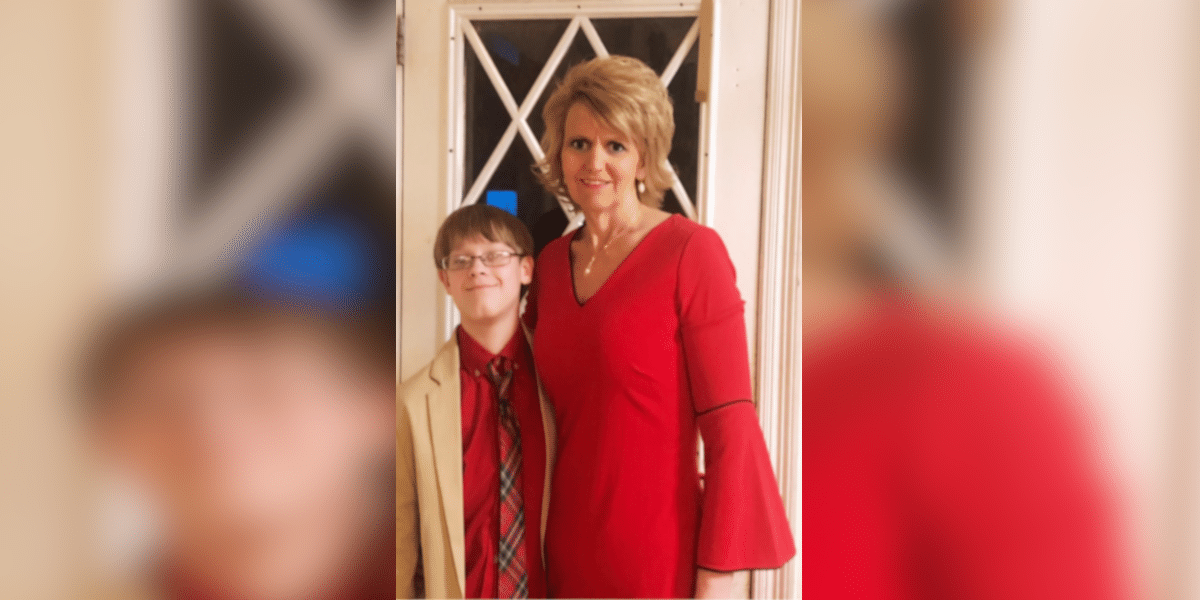 April has been nationally recognized as “Autism Awareness Month” since 2011. This year, the Autism Society of America, along with leading disability organizations across the country, announced that it is formally shifting it to “Autism Acceptance Month” to reflect the growing need for acceptance of those individuals on the autism spectrum.

In August 2005, Helen Ashley was a mother to a beautiful, healthy and happy little girl and was expecting an equally healthy little boy.

That changed, however, the night she delivered at just under twenty-six weeks. As her tiny baby was being loaded into the life-flight helicopter, Ashley overheard that he wasn’t expected to live through his first night of life.

Will was born weighing less than two pounds and had a grade 4 intraventricular bleed on the left side of his brain and a grade 3 bleed on the right. Hospital administrators even spoke with Ashley about possibly signing DNR papers because he continued to code throughout the night. She was advised that he would likely have severe neurological complications as well as numerous physical ones that would probably prevent him from having any real quality of life. 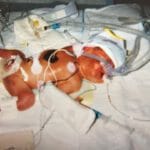 Will, about a week old (courtesy of H. Ashley)

Ashley and those who love them could do nothing but pray and keep vigil at the University of Mississippi Medical Center Neonatal Intensive Care Unit (NICU). But as that first night turned into the next day, and the days turned into weeks and weeks into months, little Will Ashley proved he was a determined force to be reckoned with.

Those qualities would become very necessary for young Will. And his mother.

Will finally came home for the first time when he was four months old. Aside from the physical issues he had because of his traumatic birth, he thrived. Despite serious brain bleeds, Will initially displayed no signs of neurological problems.

Ashley recalled, “I guess he was around two when I finally admitted to myself that there might be something wrong. He went from not talking or communicating at all to saying his first word. It was ‘rhinoceros’.”

Will’s mother also recalls a very telling visit to his neurologist when he was not quite three years old.

“Dr. Parker was measuring his head and Will said something to her along the lines of ‘You have a big head too. Would you like it if I wrapped a measuring tape around your head every time I saw you?’”

Ashley said that within minutes of leaving the doctor’s office, she received an email from the neurologist. “It was a link to some articles for parents of autistic children. That was the first time I had to face the real possibility that my sweet baby may have autism.” 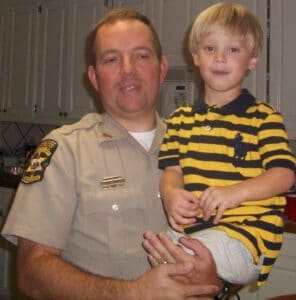 Will and Shane Parker, the first responder credited for saving Will’s life
(by H. Ashley)

Although it would be a couple of years before Will was officially diagnosed with a form of autism called Asperger’s syndrome, Ashley had already researched the autism spectrum and had devoted herself to becoming his fiercest advocate.

What distinguishes Asperger’s from more common forms of autism are its less severe symptoms. Children with Asperger’s frequently have excellent language and cognitive skills, according to the National Autism Center.

“Children with autism tend to be unaware or uninterested in other people. But with Asperger’s, they actually want to fit in and talk and play with others, but they don’t know how to do it. They’re socially awkward. They don’t understand things like sarcasm and humor and they take everything very literally,” Ashley explained.

Asperger’s kids usually get obsessive about a specific subject and can recite endless facts about whatever the subject is. They have great rote memory skills, but they can’t grasp abstract concepts. It makes something like building casual friendships difficult.

Ashley was grateful for the early diagnosis because children with autism who are treated early in life have an increased chance of being successful in school and eventually living independently. 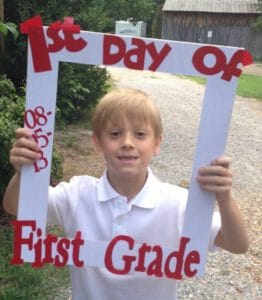 Will’s mother said she didn’t have to worry about her son being academically successful because Asperger’s kids usually have extremely high IQs, but she wasn’t prepared for the challenges he faced in academic settings.

“Any parent wants their kid to fit in and have friends and be ‘normal’. I was used to his big sister who was extremely popular, athletic and involved in everything. I learned quickly not to compare them to each other. But things like popularity don’t matter that much to Will. He’s always been very happy doing his thing by himself or with one or two trusted friends,” Ashley said. 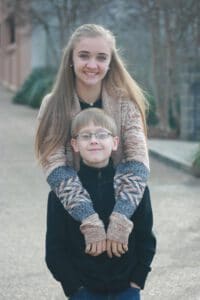 Will with big sister Ashlyn
(courtesy of H. Ashley)

Ashley said the biggest problem her son faced in school was teachers who weren’t familiar with Asperger’s or even willing to try to understand it. As a long-time educator herself, Ashley found it disheartening.

“When he was in early elementary, he was at Sherman Avenue because I taught there. He had Allyson Johnston, Jennifer Stringer and Debbie Miller as teachers and they were so great with him. They know what it means to actually teach a child and not just teach a subject,” Ashley said. “I’m forever grateful to them for making his early school years so happy and rewarding, especially considering what was to come.” 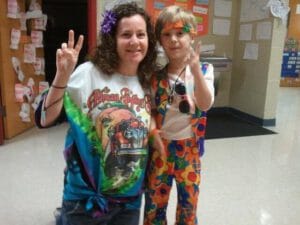 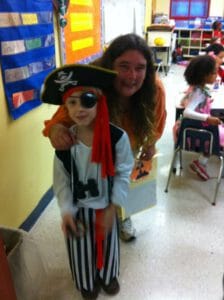 As Will got older, however, his school experiences changed. Ashley said she accepted that not every other student would understand her son, but she wasn’t prepared to deal with the adults, some of whom all but refused to try to understand him.

Ashley said she met with his teachers in advance every year to explain what Asperger’s is and how Will’s mind works. She said most were open to understanding and accommodating his needs, but she also encountered teachers who wanted to label Will as “special ed” or a behavior problem.

Ashley recalled one example, “He was standing in the hall with his class one day and a teacher told him to tie his shoe. Well, he told her ‘I can’t’. She took it like he was talking back and being disrespectful, and screamed at him for a good five minutes in front of everybody. He wasn’t being ugly. He was being literal. He did not have the manual dexterity to tie his shoes.”

Ashley said that trying to educate people about Asperger’s and how her son’s brain works has been the most frustrating, heartbreaking and maddening part of her son’s autism diagnosis. She not only struggled with his teachers but with many others in his life.

“I get that it’s hard for people to understand his social skills and his quirks, and I know that not everyone will ‘get him’. But I do expect the people in his life to try. I’ve had to walk away from some situations and people and just go pray to God for restraint because I am so protective. I have to remind myself I can’t be his advocate if I’m in jail for assault,” Ashley said.

As for any advice she can offer other parents, Ashley said, “Don’t ever be embarrassed or ashamed and don’t ever apologize for your child. Educate yourselves and try your best to educate the others in your kid’s life. Don’t get discouraged and try to ‘fix’ your child. He’s not broken. Celebrate their quirks and talents. Let your child know it’s okay to be different and accept them for who they are.”

She ended with this, “Life would be much easier without autism, but it is our life. It may not be the path I would’ve chosen but it is the path God chose for us. Will has been a fighter since that very first night he was born, and I have become a fighter because of him and for him. I know that one day we’ll know what amazing purpose God has for him, and all of our fighting will be worth it.”