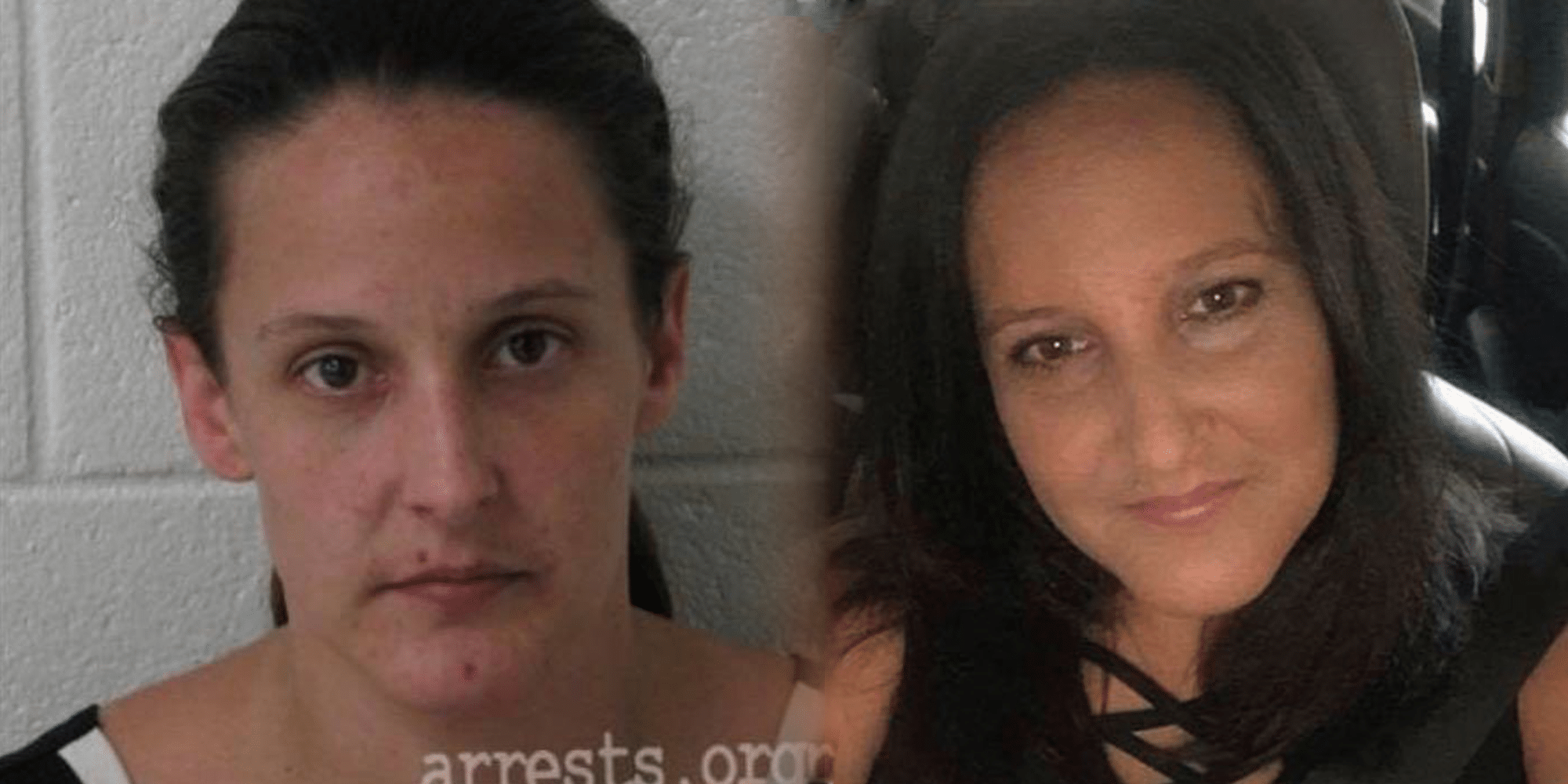 Kacie Lindsey shows us a before and after of where she was at in her life and how far she has come. (Photos submitted by Kacie Lindsey)

When I set out on this mission of talking to known drug addicts, I did it with one thought in mind. What do I need to do to prevent my little boy from becoming one of them?

A crackhead. Methed up. A junkie.

“One of them” has such a judgmental tone to it, but the concern for my son outweighed my need to be polite.

In my quest to talk to the addicts I knew, I learned that there are a whole lot more that I didn’t know about. People I never would’ve imagined doing something as vile as meth.

One of those is Kacie Lindsey. This is her story. 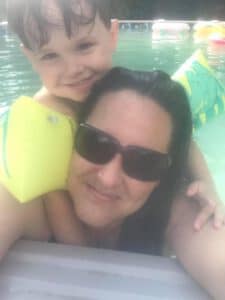 I was raised in a normal, happy two-parent household. I have a great family.

I smoked a little pot at 17, but it wasn’t my thing. When I was 18 I went to parties like most other 18-year-olds, and I drank. I even took Ecstasy at the parties a few times.

I had access to meth because I was friends with a dealer. I was already used to getting it for other people, so eventually I tried it. I just wanted to lose weight.

I can absolutely relate to being that desperate to be thin. What if I had known any dealers?

Would I have become “one of them”? 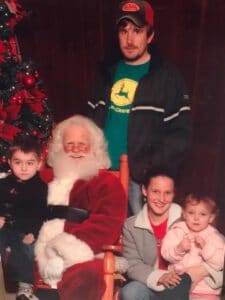 At first I just did it on the weekends, but it didn’t take long until it became everyday. Things got out of control quickly.

I was arrested for the first time in 2010 for possession of meth with intent to distribute. It was almost a trafficking charge.

I only served 24 hours before I was released on bond, but then I went back for contempt of court. I didn’t go because, well, I’d rather have gotten high.

I served 3 weeks that time because of the way the court system worked. They rotated every other week between two counties, and it was also a holiday week. I was again released on bond. 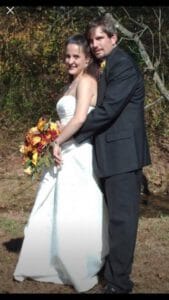 Kacie said she was fortunate enough that the charges were eventually dropped due to illegal search and seizure. She didn’t give them permission to go through her purse.

However, she doesn’t deny that she was breaking the law.

I did have a planned child after I became an addict, but I quit cold turkey so I could get pregnant and have a healthy child. I was clean for two years when I fell off the wagon. My son was around a year old at the time.

You would think that getting arrested was my rock bottom, but it wasn’t. My family had no idea I was using, so my father paid a lot of my bills and helped us a lot. He didn’t know he was enabling me. 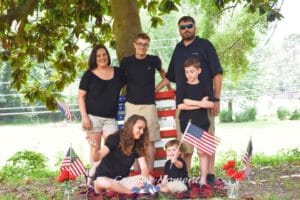 The Lindseys
(with permission)

Kacie said her true rock bottom was after she had lost her home to foreclosure and she wasn’t in any kind of place to take care of her kids. They were staying with her parents.

My husband and I were still using and were staying with a friend who was also an addict. They kept waking me up to get the pipe and the sack, and I realized I had just had enough. I knew then I was done. I busted the pipe and flushed everything down the toilet. I got up, showed out and told my husband he was either with me or he wasn’t. We left as soon as we got our few things together.

We (her husband and her) both quit cold turkey, and the withdrawal was literal hell. I know we spent close to two weeks doing nothing but sleeping, waking up to eat a little, and sleeping again. I’m pretty sure we slept a straight 48 hours at the beginning.

Since that day, I have only thought about doing it one time. It was about a year or so ago, and I was in a bad state of depression. Thankfully I didn’t act on the feeling, and it scared me so much I snapped out of my depression for the most part.

My entire family has always been there for me, but not like they were before they realized I was an addict. Once they realized I was sober, and that I was serious about staying clean, they all had my back. If it wasn’t for them, I don’t know if I would have kept it up.

I do know myself well enough to know that if I ever slip up again, I’d never come back from it.

I’m certain that addiction is a hereditary or genetic thing. My parents were ideal and my childhood and homelife were perfect. They did everything exactly right as far as parenting goes.

Just like my parents and my childhood. What was so different in my case that I didn’t become “one of them”?

Some people have very addictive personalities, and all it will take is that one time to have them hooked. You can’t know for certain and it’s definitely not worth the risk to find out.

But how will I know if my son is in trouble? What else do I need to know? How can I make sure he doesn’t become “one of them”?

Some signs are not sleeping, being withdrawn, changing their behavior completely, irrational behavior, outbursts of anger, not eating, not taking care of themself and being very fidgety.

I’m still an addict. There are two kinds- active addict and recovering addict. I’ve been a recovering addict for nine years. I have a great career (director of the Vicksburg Animal Shelter), a beautiful marriage, four wonderful children and an amazing grandchild. I’m so blessed to be able to say I’ve earned the respect of my family back, and I’ve gotten respect for myself back. I was only 18 when I got with Jason. Considering the things we’ve gone through together over the last 20 years, I think it’s safe to say we can make it through anything.

I’ve never hidden my mistakes from our children and I don’t ever intend to. I hope they can see what it did to our family and know that they never want that for themselves.

I find it so hard to imagine Kacie Lindsey ever being “one of them”.

It’s frightening to me that a child can be born and raised in an idyllic home and still end up being one of “those people”.

But there is also a sense of relief in knowing that there is hope for “those people”.  Those people- the junkies and the meth heads- can turn it around.

Kacie And Jason Lindsey are proof of that.