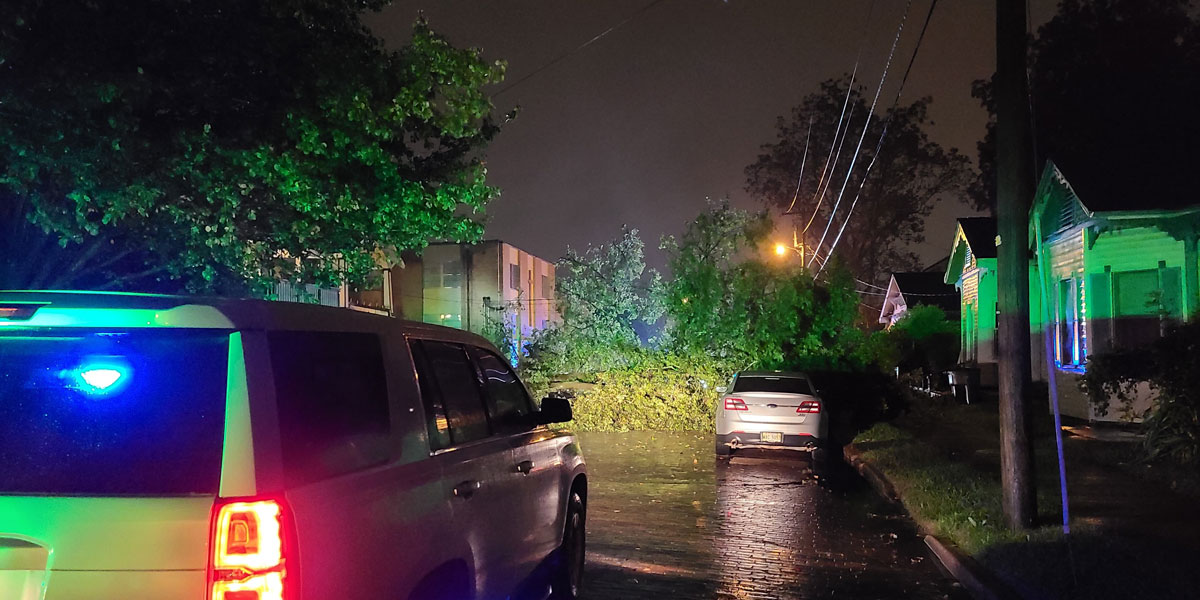 After almost a week filled with preparations for Hurricane Delta, city, county and state crews proved they were up to handling whatever destruction the storm brought to the Vicksburg Warren County area.

A home at 112 Woodstock Drive sustained damage as a tree fell on the house. No Injuries were reported.

As of 7:30 a.m. Saturday, areas with trees and utility issues include:

Reports of trees down and power lines down are still incoming. Authorities are encouraging residents to stay off the roads if possible, to allow for debris removal.