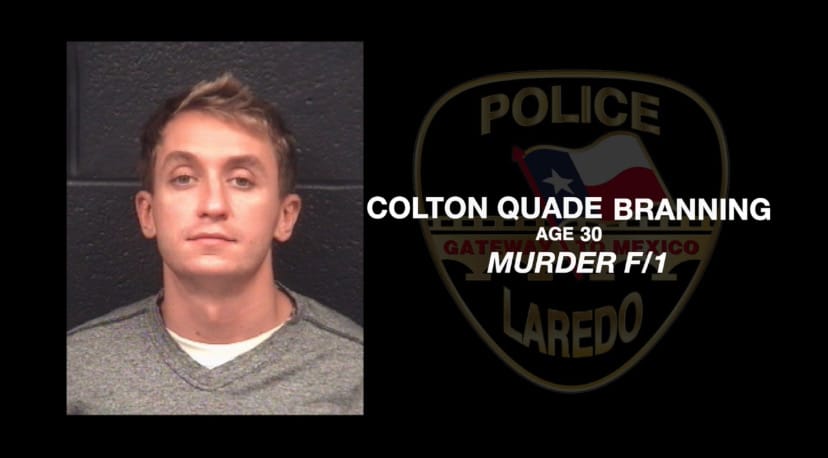 Crimes Against Persons (CAPERs) Investigators identified Colton Quade Branning as the suspect in the murder of Justin Allen Heath.

Covington Police Department in Louisiana approved a warrant for murder and served it on Thursday, March 4. Laredo Police CAPERS Investigators traveled to Covington with the assistance of the Texas DPS-Rangers Division and took Branning into custody.

On Monday, March 15, Branning was extradited back to Laredo, Texas. He was booked and remanded to Webb County Jail and held in lieu of a $250,000 bond which was set by Judge O. Hale.