Arrest made in Friday night homicide on Elizabeth Circle 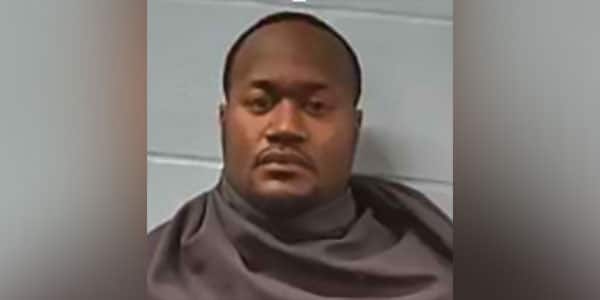 Vicksburg police have made an arrest in the Friday night slaying of 19-year-old A’Treio Makis Richards on Elizabeth Circle.

Warren County Sheriff Martin Pace along with several deputies and Vicksburg Police officers arrested Miles at the plant, and he was transported to the Vicksburg Police Department. Miles’ vehicle was seized as potential evidence in the investigation.

Police were called to Richard’s shooting in the 100 block of Elizabeth Circle at 8:50 p.m. Friday. When they arrived, they found Richards had been fatally shot in his upper left chest and was lying in the street. The deputy county coroner pronounced him dead at the scene.

Police say the shooting came about as a result of a fight at LD’s Kitchen that occurred Oct. 6. Whether it is connected with the shooting that happened at LD’s that night has yet to be determined. Three people were shot at LD’s and one, Wade Carter Jr., died as a result of his wounds. The suspect wanted in connection with the LD’s shooting, James Earl Winters, 29, is still at large.

Miles is charged with one count of first degree murder in connection with the Richards homicide and will be arraigned in Vicksburg Municipal Court Tuesday, Nov. 10, at 1 p.m. He will remain in custody until that time.

Miles was convicted in 2010 of aggravated assault and sentenced to three years in the Mississippi Department of Corrections by Circuit Judge Isadore Patrick for a 2006 incident that also occurred in Vicksburg.

Investigator Tillman Clifton has been the lead investigator on this case for the Vicksburg Police Department. Lt. Johnnie Edwards, CID Commander, credits Crime Stoppers tips for the information that lead to Miles’ arrest. No additional arrests are anticipated at this time.