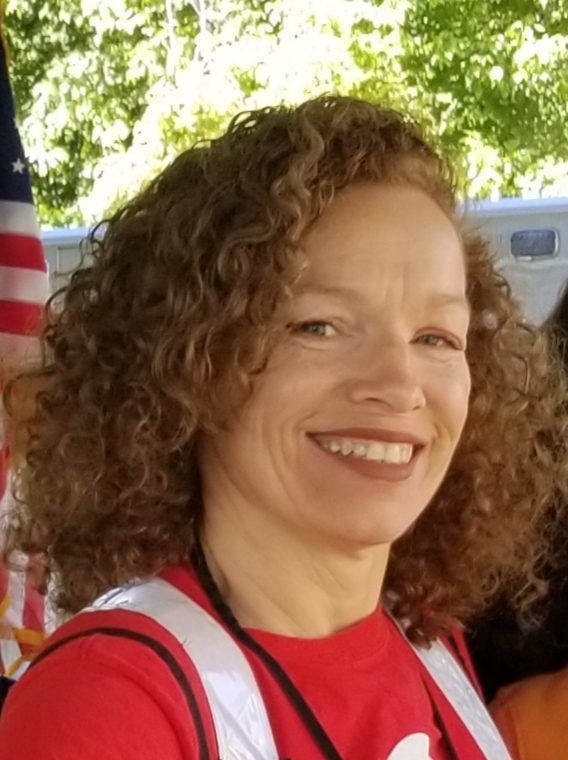 All of her life Angela Turner tried to model herself after her mother and her uncle. At a young age she recognized their willingness to help others and since then, she’s worked her hardest to do the same.

In 1989, the Vicksburg native started her journey down that path after moving to Texas and working at the Johnson Space Center. After 18 years she decided it was time to come back home where she was employed by the Vicksburg Police Department as a community resource officer and later by the city’s housing department as the housing coordinator.

Today, she celebrates two years with the American Red Cross as a disaster program specialist where she is the direct contact for the Red Cross for people who have undergone different disasters.

“I’m the first line of support for the Red Cross for our clients that we have in 10 different counties,” Turner said, “so I personally have 10 counties that I support, and they all depend on me for Red Cross support. If they have a disaster in the area, which could include a fire, I am the contact person for the Red Cross for those counties.”

After gaining a love for helping people from her family and turning it into a career, Turner tries her best to make serving others a tradition that she can pass on to her only child, Tangela, and her family.

“I get my two grandbabies, Ava and Simone, and my son-in-law involved with volunteering,” she said. “In fact, last Christmas we were here in Mississippi, and we volunteered at the [River City] Rescue Mission to feed people and hand out different handmade gifts we made the night before.”

Turner says that she enjoys her work as a disaster program specialist because it allows her to do what she loves each day.

“Red Cross is the number one volunteer organization. I’d even say they’re world renowned, so I have a lot of volunteers who help me, and we can’t do what we do without our volunteers. I have volunteers in all of my communities who are always willing to assist,” she said.

In her career she comes across so many people who need help that it is almost impossible for her to pick just one experience to demonstrate all she does.

“I’d give a story about helping others but there are just so many,” she said. “It’s just what I do. I have too many stories that it’s hard to pick just one. In general, working in the community fills your days with heartfelt memories.

“When someone is standing before you and all they have left, for the most part, is what they have on, knowing that you were able to help them keeps you going … ready to help the next person.”

Turner believes that in addition to helping others a simple gesture can also make a great impact.

“You want to make people feel special, especially people who don’t have a lot of family,” she said. “There might be some people who don’t even get a hug, so getting a smile and a hug goes a long way.”