Alligator hunting season is right around the corner, are you ready? 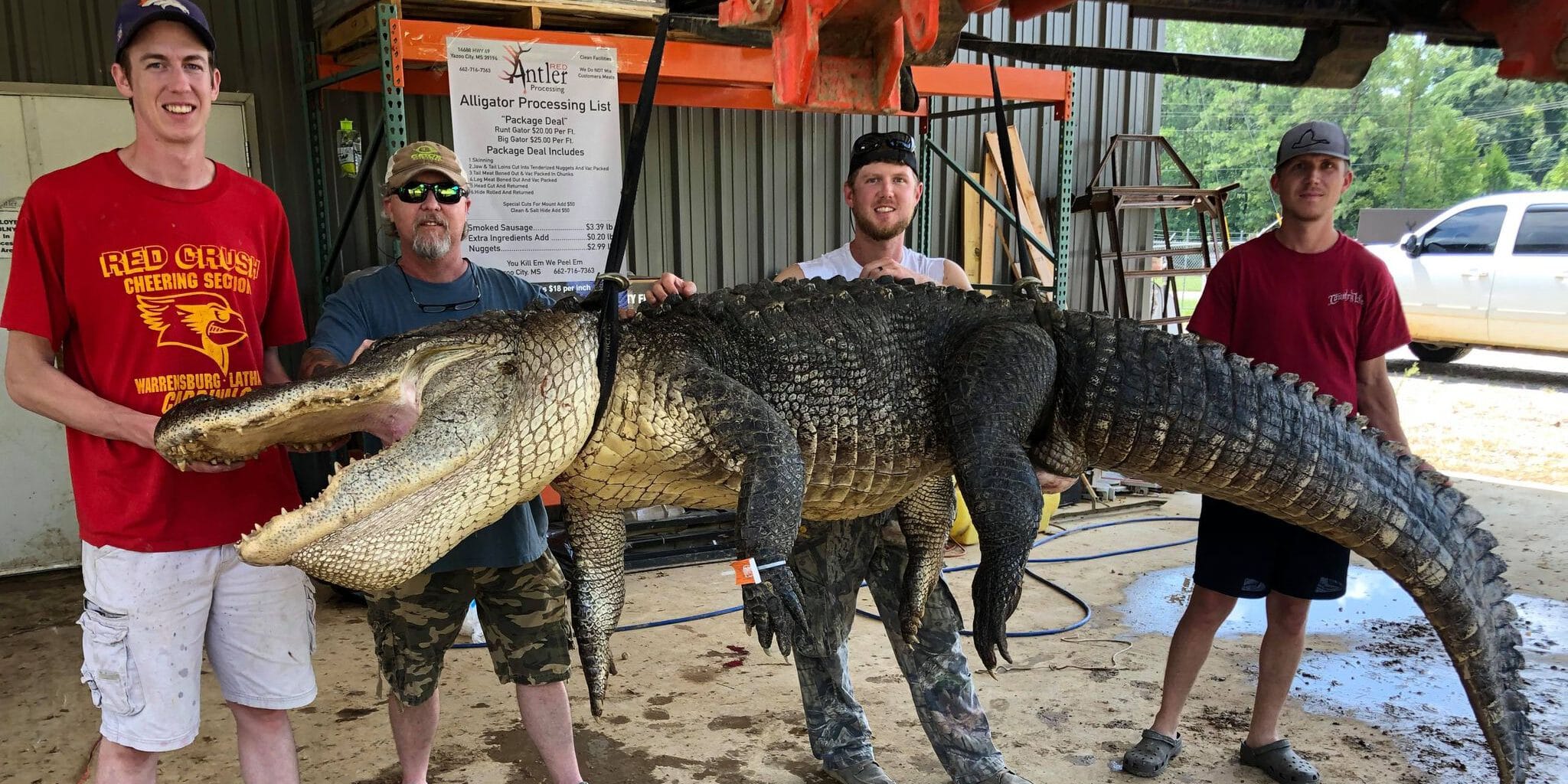 When four men set out on an alligator hunt and came back with a massive 13-footer, they got more than they bargained for; the gator had swallowed artifacts that are estimated to be thousands of years old. 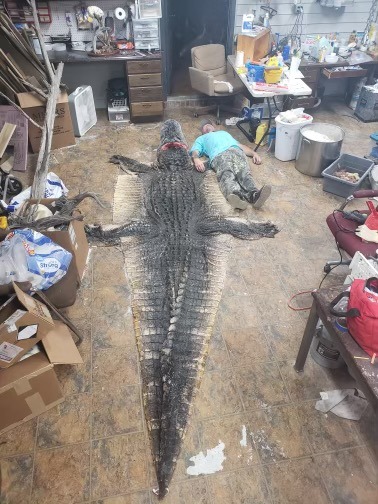 “I was hoping for a big one but wasn’t expecting one that big,” Todd Hollingsworth told Vicksburg Daily News. “We killed a 12’8” last year so, we were wanting to try and beat that record.”

Hollingsworth, along with his brother, father-in-law and a friend found the 750-pound gator at Eagle Lake on Sept. 2 and, after hours of wrangling, they managed to overcome the beast and beat their record.  Little did they know, the most exciting part of the hunt was yet to come. 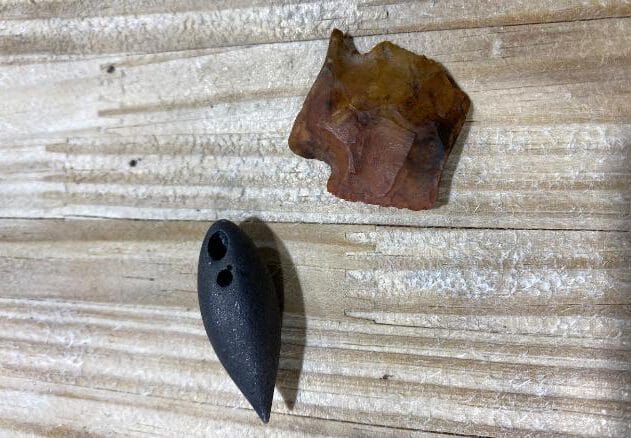 A plummet and an atlatl dart point were among the gator’s stomach contents (photo courtesy of Todd Hollingsworth).

The men took the alligator to Red Antler Processing in Yazoo City, where owner Shane Smith found some intriguing objects in the animal’s stomach. The objects turned out to be ancient Native American artifacts that experts estimate to be a least a thousand years old, likely older.

“My first instinct was like, no way. There’s no way this is possible,” Smith told CNN. “You naturally think that, ‘Oh, my gosh, this alligator, either ate an Indian or ate an animal that the Indian shot. But, you know, obviously the alligator is not thousands of years old.” 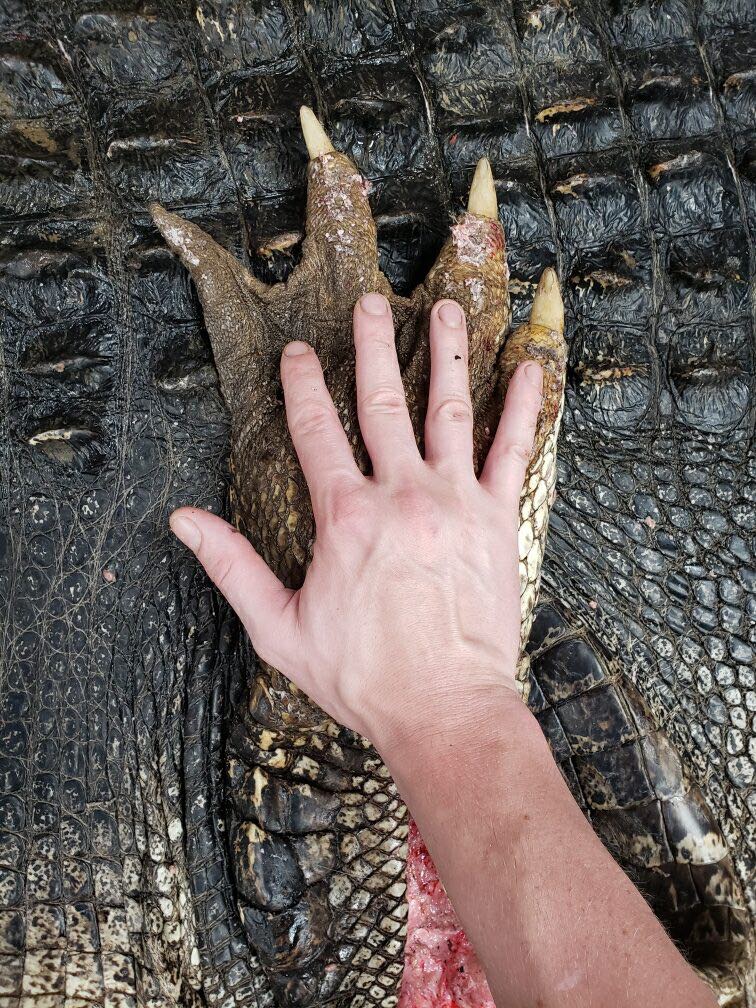 The hunting party and Smith estimated the alligator to be at least 80 years old.

“That alligator was an old man for sure,” Hollingsworth said. “The teeth tell a big story.” 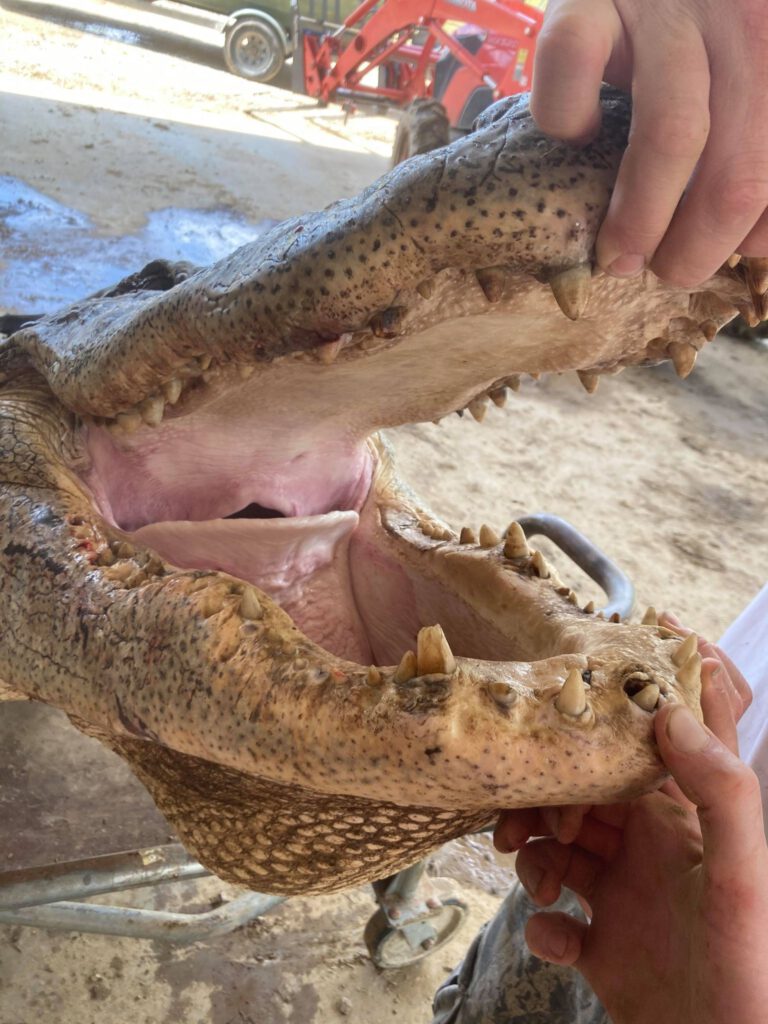