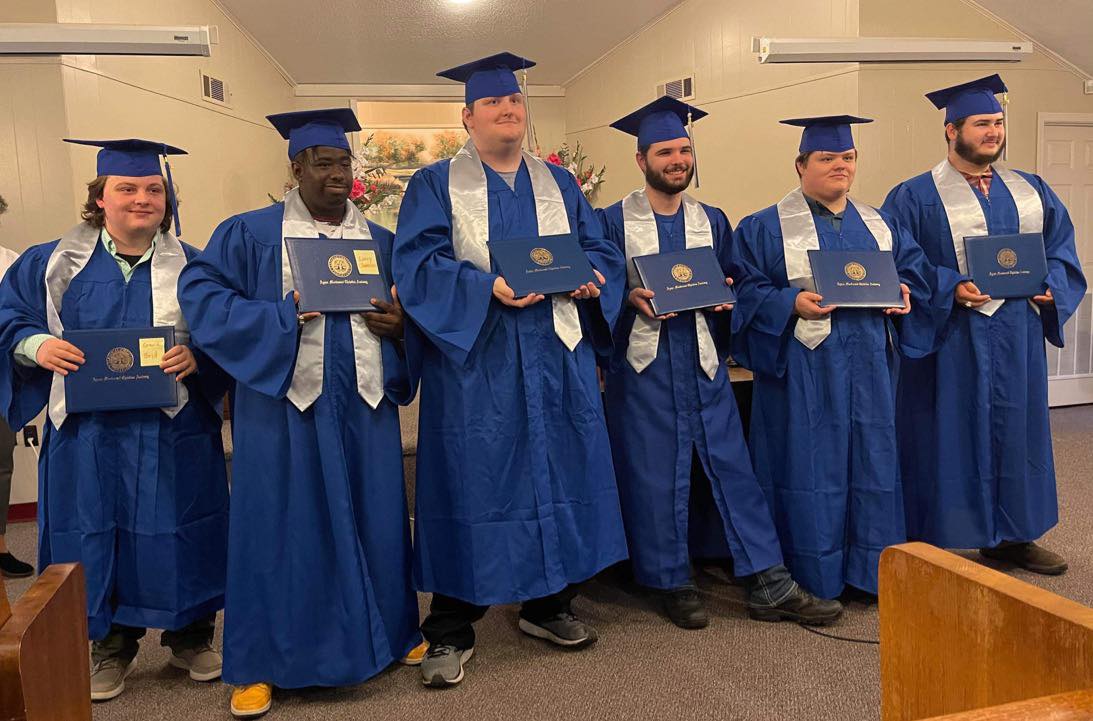 The graduating seniors of Agape Montessori Christian Academy were honored Friday night at Bypass Church of Christ in Vicksburg.

Vicksburg Mayor George Flaggs Jr. was present at the event and presented each of the six graduates with their diplomas. The event was also host to Brother Willie Nettle who addressed the seniors and their families.

Ian Townsend received the honor of being named class Valedictorian and Andrew Fields was honored to stand as the class Salutatorian.

The graduates honored at the ceremony are: