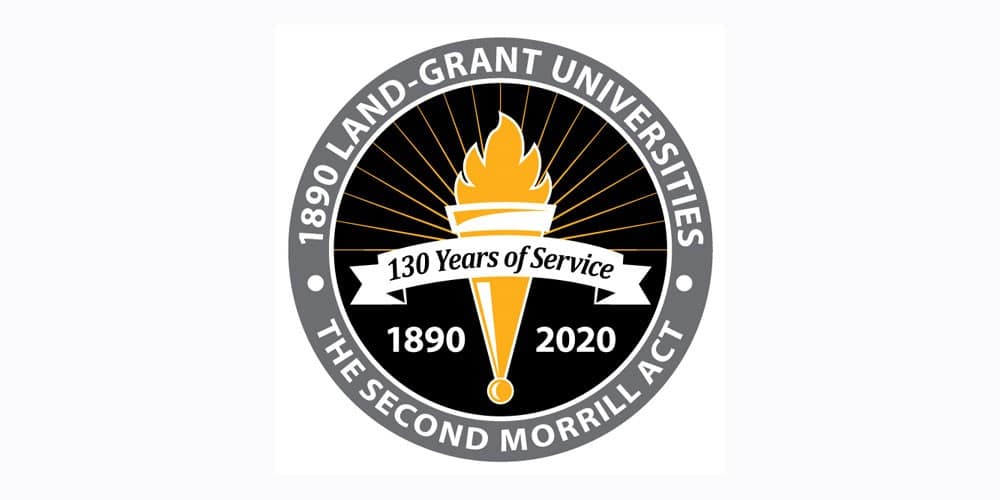 Representatives from Alcorn State University will convene virtually with other land-grant schools to celebrate the establishment of the Morrill Act of 1890.

The 130th Anniversary of the Morrill Act of 1890 will be celebrated via Zoom Monday, Aug. 31, from 1 to 3 p.m. EDT. Higher education leaders, elected officials and policymakers, and business and community leaders will join in to learn more about the history and accomplishments of the nation’s 1890 Universities and their role in this country’s future. The Morrill Act of 1890 introduced a land-grant university system of Historically Black Colleges and Universities in states where African Americans were not allowed to access public higher education.

President Felecia M. Nave and Dr. Edmund Buckner, dean for the School of Agriculture and Applied Sciences, will represent Alcorn in the webinar.

The Morrill Act of 1890 established a land-grant university system of Historically Black Colleges and Universities in states where African Americans were banned from accessing public higher education. After 130 years, 19 universities designated as 1890 land-grant universities continue to work together to provide essential research, education and extension/public outreach. The efforts of these universities sustain U.S. food, fiber and renewable fuel production and address the challenges of our time at local, regional, national and global levels.

The 1890 land-grant universities have a legacy helping to fill a crucial need of educating first-generation and economically disadvantaged college students. These universities also enhance the resilience of limited-resource farmers, families, individuals and underserved communities; and pioneering the most advanced education, research, and engagement programs to improve quality of life. With very little investment, the 1890s educate nearly 100,000 students annually, contribute more than $4.4 billion to the local economies, and provide pathways of opportunity for thousands of Americans.

The Morrill Act provided opportunities that equipped Black people for success. Nave expressed her appreciation for the Act and its service to African Americans.

“The Morrill Act of 1890 provided an outlet for Black people to become educated and later thrive in their respective endeavors,” Nave said. “So many of our forefathers learned valuable skills that benefited their families for generations. I am grateful for the Morrill Act of 1890 because it made way for Alcorn State University and other land-grant HBCUs to become successful higher institutions of learning.”

Buckner spoke about how pivotal the Morrill Act of 1890 was for the betterment of Black people.

“The Morrill Act of 1890 was probably the most important piece of legislation for improving the plight of poor Black people in America who had been freed from the bondage of slavery,” Buckner said. “Before this legislation, it was virtually impossible for Black Americans to receive a college education and very difficult for Black people to improve their standard of living in the United States.”

The celebration is open for the public to join. Click here to register.