Alcorn Braves ranked No.1 among HBCUs 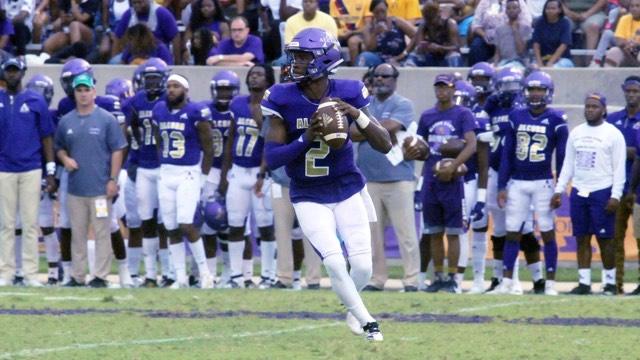 After the big rivalry victory last weekend over Jackson State University, the Alcorn State University Braves are now ranked No. 1 among Historically Black Colleges and Universities and are the SWAC East champions for the second year in a row.

Alcorn, led by head coach Fred McNair, will face off with the winner of the Grambling and Southern game for the SWAC championship Dec. 7. Alcorn has secured home field advantage for the final game.

Alcorn moved up in the ranks after Florida A&M lost to Bethune-Cookman. North Carolina A&T is ranked No.2 behind Alcorn. NC A&T and Alcorn played each other last year in the national championship where Alcorn fell 24-22 to NC A&T.

Alcorn will defend their championship title from last year on Saturday, Dec. 7, at Alcorn at 3 p.m.  The SWAC championship game will be quarterback Felix Harper’s first time starting in the championships.