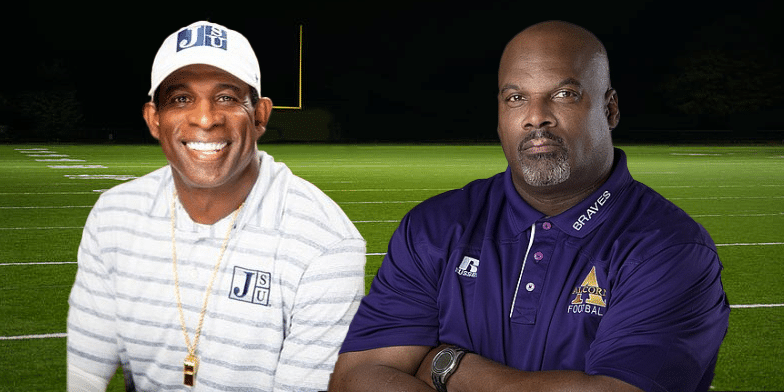 Alcorn and Jackson State University both remain undefeated in the SWAC and time is getting closer for the two teams to meet.

The Braves defeated Texas Southern on Saturday under the leadership of Fred McNair. Quarterback Felix Harper paved the way for the win by scoring four touchdowns as Alcorn now has a 5-2 record while remaining 4-0 in the SWAC.

The Tigers was without head coach Deion Sanders on Saturday in the 42-12 win over Bethune Cookman. Shedeur Sanders threw all four touchdowns to Malachi Wideman while rushing for another.

JSU is now 6-1 this year under Sanders and undefeated in SWAC play.

The Braves and Tigers are scheduled to meet on November 20 in Jackson where thousands of fans will be in-person to cheer for their favorite team.

Alcorn has been one of the top SWAC schools over the last nine seasons and remains a powerhouse in the conference behind Prairie View A&M who is leading the West. Now, JSU has gotten their groove back with some big recruits joining their squad, and fans can look forward to strong competition as both teams will fight for a championship.

The Braves and Tigers are currently on a winning streak and they don’t plan on slowing down at all since the two have defeated their competition over the weekend.