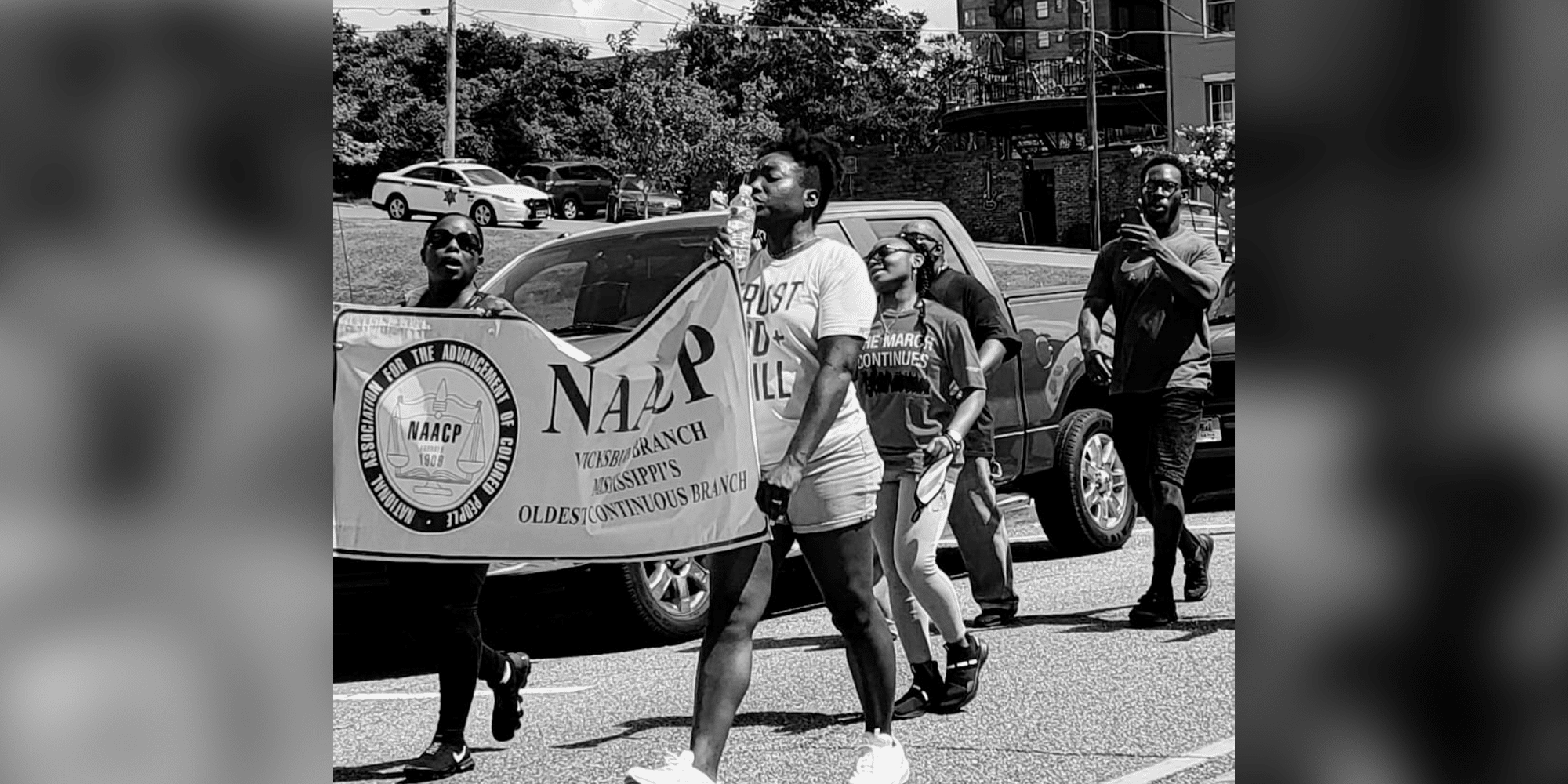 Young citizens march on Vicksburg calling for the community to step up. Photo by David Day

“We did it because we saw no one stepping up to the plate. So we decided to take matters into our own hands and step up and fight for change and righteousness,” said Daisha Brown. “She came to me and I said it would be a good idea and we just started putting it into effect. One by one. It took some time but we got it done!” added Aisha Williams. 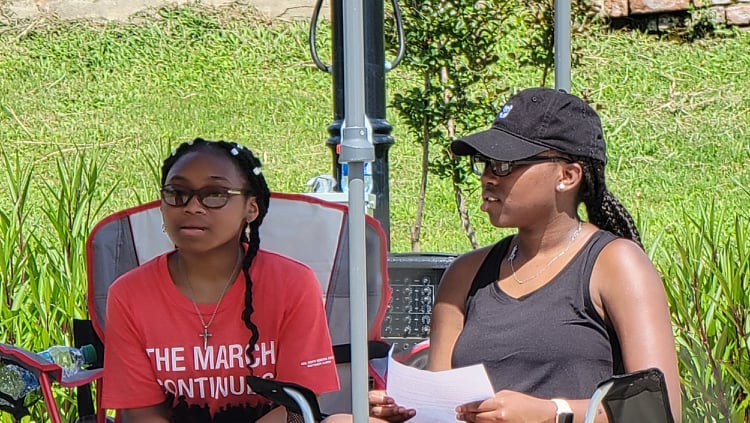 And get it done they did. They marched from the police station to the Washington Street Park carrying banners and chanting “Our Lives Matter.” A host of community leaders followed them.

At the park they prayed, heard words from Mayor Flaggs and Sheriff Pace along with Dr. I.V. Erves and Troy Kimble along with an inspiring song by Kevon Porter. NAACP President Bobbie Bingham Morrow spoke and Kerry Taylor closed the ceremony. Afterward, a question and answer period began for the assembled. 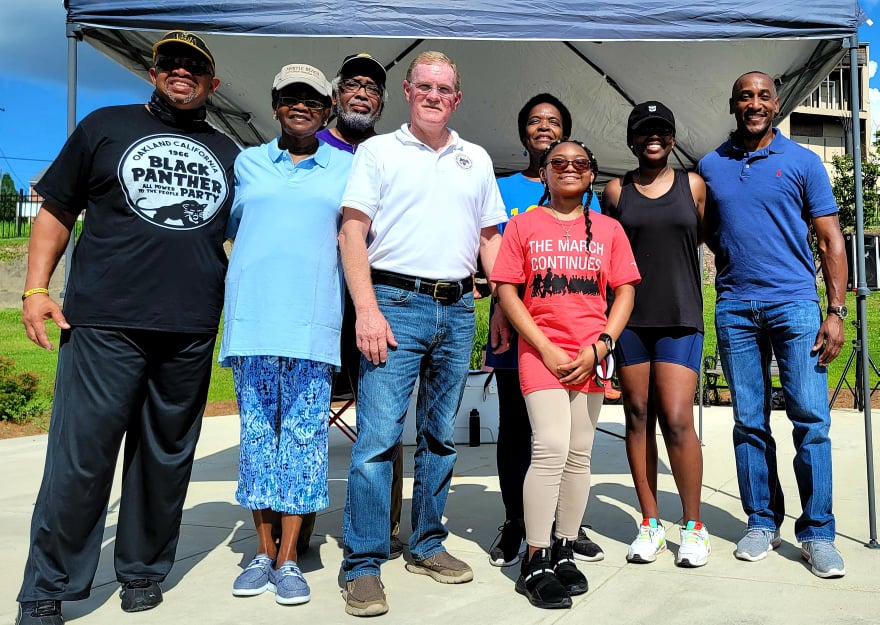 When asked how the Mayor, Sheriff and President of the NAACP responded when two 16-year-old students asked them to speak at an “Our Lives Matter” rally, the dynamic duo said, “They were surprised for our age.” Daisha stated, “We are more than happy they were able to cooperate with us and take the time with us.” Aisha quickly added, “More to come!”

The young leaders went on to add, “Many people don’t like having this conversation. But maybe today will be an inspiration to talk about it.”