The election results were still being tallied statewide but in Warren County it was all over around midnight other than counting up the final affidavit votes.

Martin Pace will return as Sheriff with a dominating 85 percent of the vote. 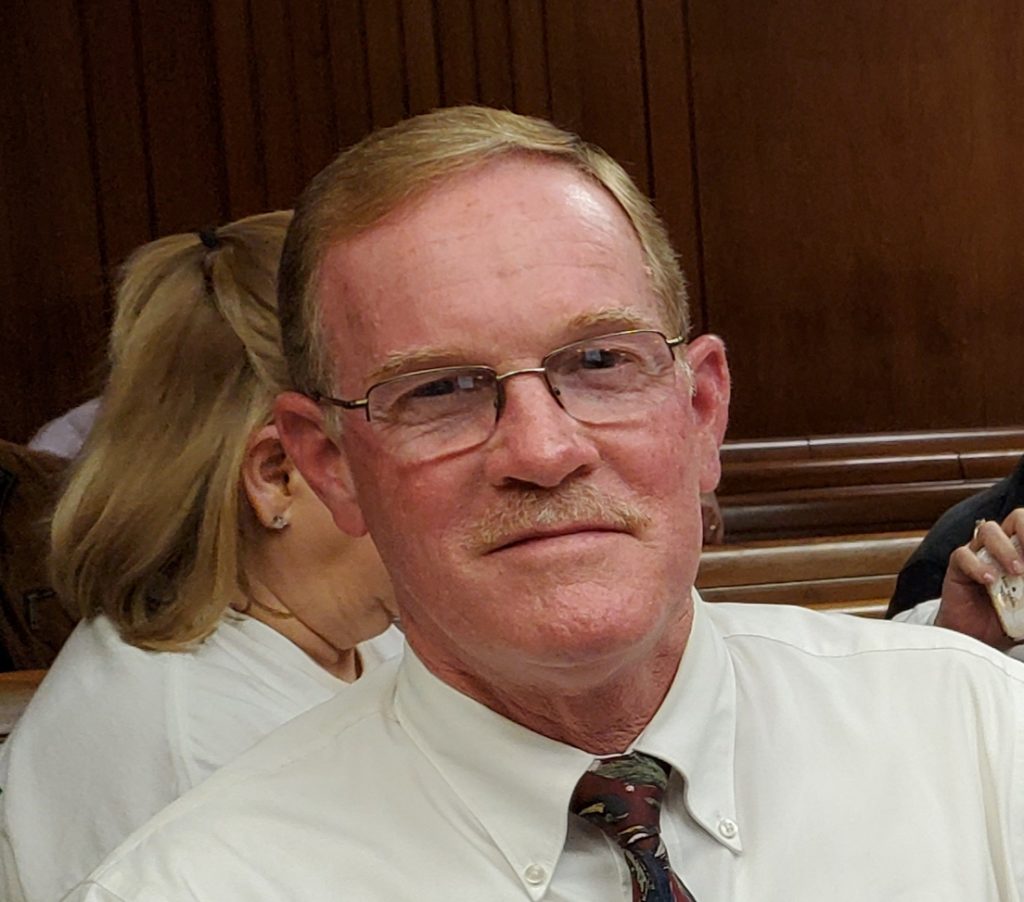 Sheriff Martin Pace won with 85 percent of the vote.

Ken Harper was in the lead for county prosecuting attorney from the time the first precinct reported until it became obvious neither current Prosecutor Ricky Johnson or newcomer Steve McMillin would be able to overcome Harper’s lead. In a three-way race, Harper garnered 43 percent, while Johnson and McMillan got 28 and 27 percent, respectively. 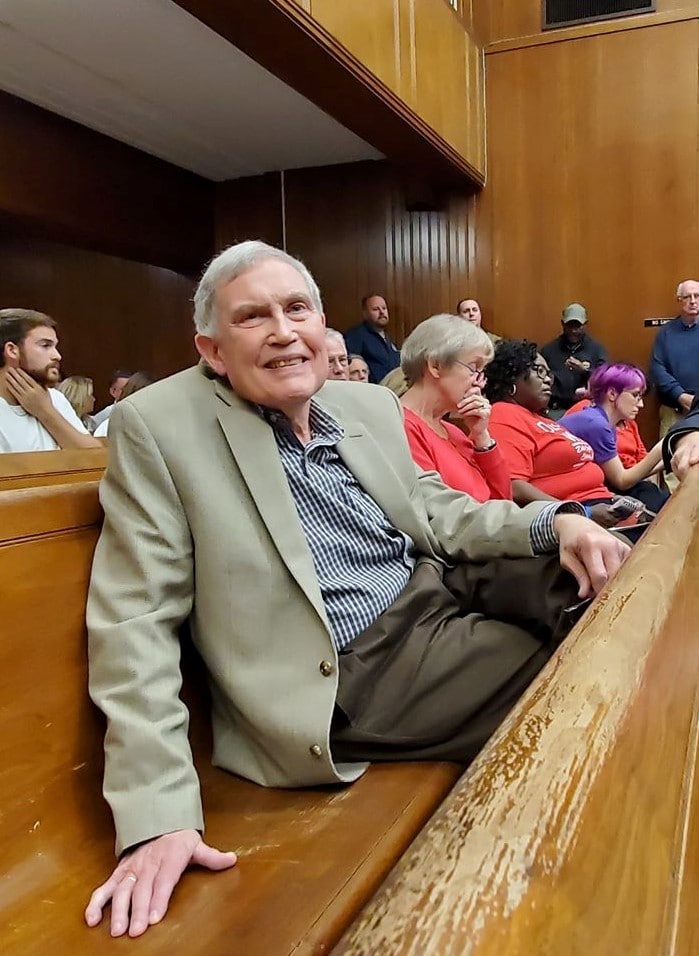 Ken Harper was elected the new prosecuting attorney for Warren County. Beside him is his wife, Terri.

Warren County will have a new Board of Supervisors in an unprecedented turnover of four out of the five incumbents.

First-time candidate Stan Collins put forth one of the best efforts in recent memory against the 14-year District 2 Supervisor William Banks. Banks campaigned as energetically as he ever has to fend off the strong challenge by Collins. Banks will be the only incumbent to return to the board.

District 1 sent a mandate for a new supervisor giving challenger Herring 66 percent of the vote. A gracious John Arnold congratulated Ed Herring in a live report from the Vicksburg Daily News.

A tense room in the Courthouse as candidates and their families await election night results.

The Beechwood precinct kept the courthouse audience full waiting to see the outcome of the race between first-time candidate Kelle Barfield and long-time Supervisor Richard George. The last three election cycles have seen George enjoy a split vote between numerous candidates. This time, candidate Carl Campbell did not actively campaign, and a focused effort by Barfield led to a mostly head-to-head race of Barfield against George.

As the anticipation continued to build waiting for results to come into the courthouse, the Vicksburg Daily News was able to capture the moment Barfield gained enough votes to ensure a win. As shown in this live report from the Vicksburg Daily News, Kelle Barfield immediately approached a reticent Richard George and thanked him for a clean race and his many years of service to the people of Warren County.

District 4 was ensured a new Supervisor thanks to the win by Marty Crevitt over incumbent John Carlisle in the primary race. Crevitt faced former Engineer Research and Development Center Director Jeff Holland on Tuesday in a tight race that was still too close to call after tallying the voting machine totals. The race came down to the absentee ballots cast in District 4. Of the 103 absentee ballots that were able to be tabulated, 62 were for Holland, enough to ensure any remaining absentee or affidavit ballots could not overcome the gap. 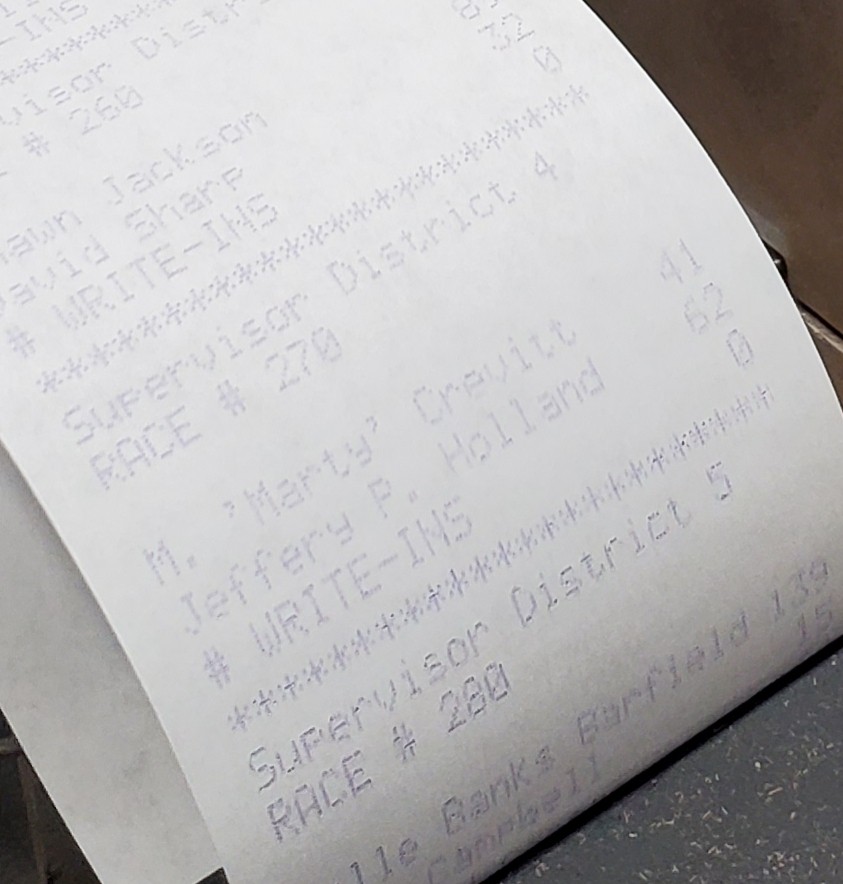 The tale of the tape. Absentee ballots give Jeff Holland the edge he needed to secure the win.

Hollands win was announced in this live video from the Vicksburg Daily News.

In what will go down as a historic night for Warren County, change on a grand scale was mandated by the voters. Clearly it is the beginning of a new era.

Related Topics:FeaturedWarren County election
Up Next