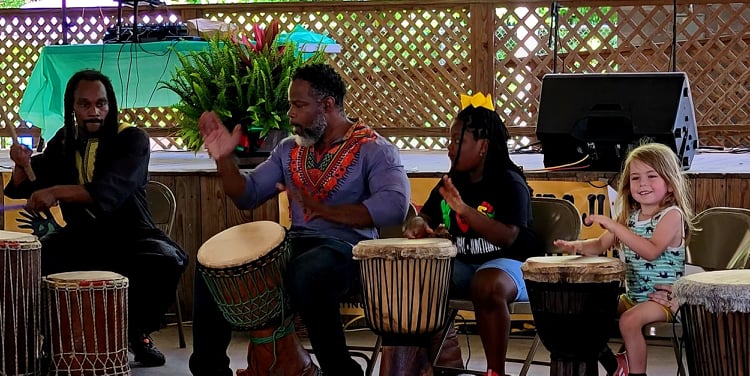 Vicksburg awoke to a historic Juneteenth on Saturday as the community came together in celebration for the first Juneteenth celebration as a recognized federal holiday. The event is ongoing until 7 p.m. Saturday at the Vicksburg City Park and Pavilion at 100 Army Navy Drive.

The event was full of patrons, volunteers and attendees even before the festival officially began and the excitement in the air was palpable. 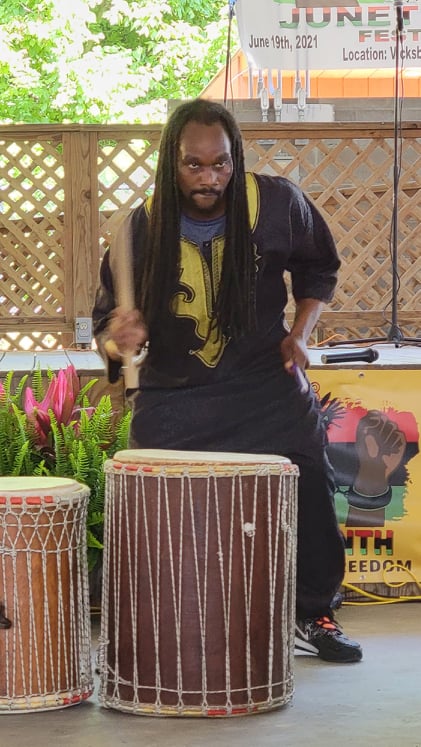 Jeremy Robinson captured the drum roll and in-gathering kick started the event at 10 a.m. on Saturday. (Photo by David Day)

The festival was preluded by DJ Country Que before officially starting to the sounds of the drum roll. 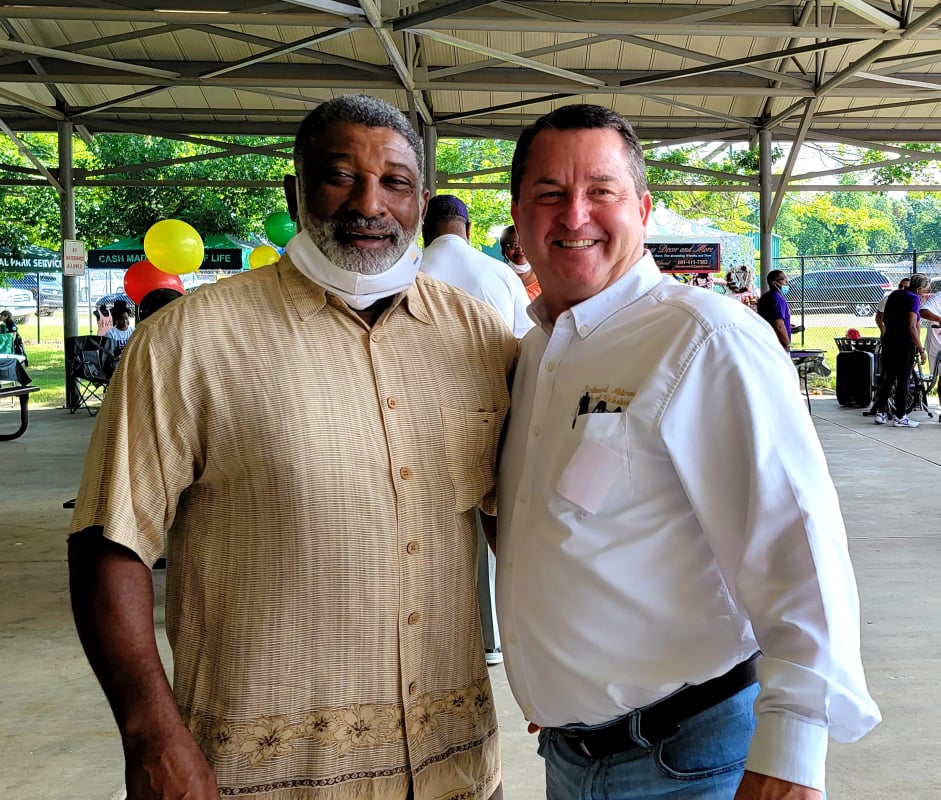 Many people came out to celebrate the opening, packing the area with vehicles and joining the community in celebration. Notable figures such as State Rep. Oscar Denton, founder of the Vicksburg Juneteenth event, Ezell McDonald and many other pillars of the community were present and showing their unwavering support.

The Emancipation Proclamation was read by Brig. Gen.(Ret) Robert Crear. 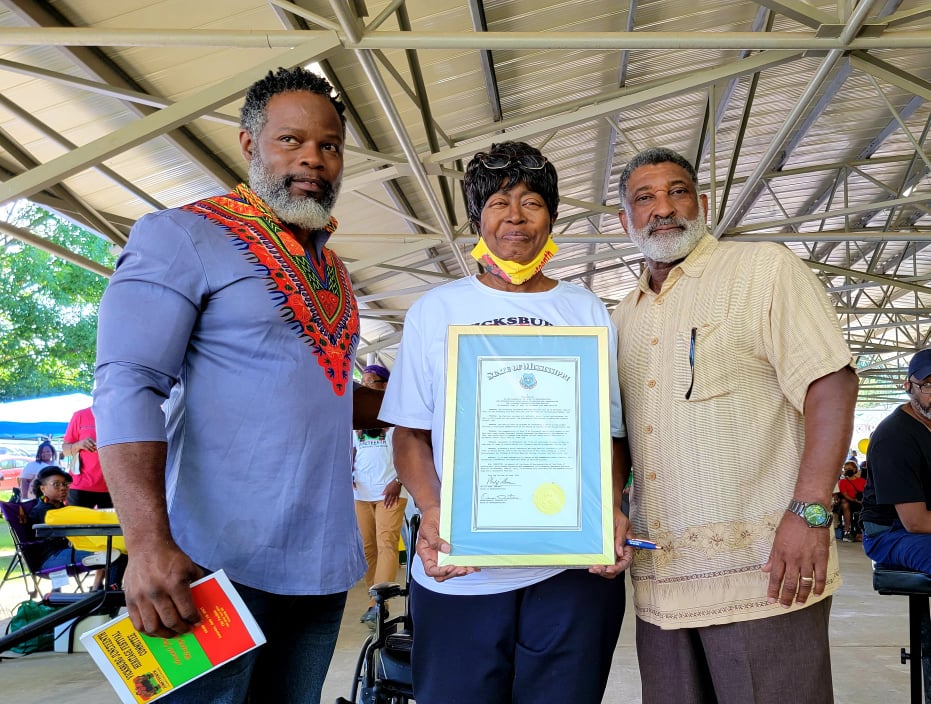 Ms. Portia Smith delivered a reading before the crowd of ‘What is Juneteenth’ before Vicksburg Mayor George Flaggs, Jr. presented his greetings. 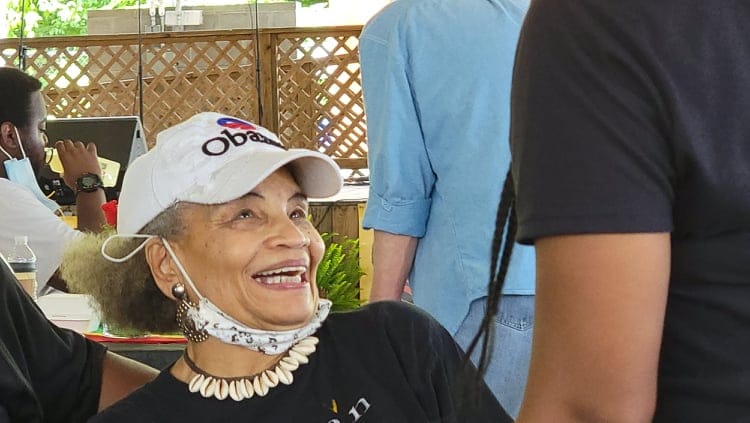 Janelle Lee, former deputy chief, was on hand to take part in the celebration (photo by David Day)

There is plenty of fun to be had for the children as well. Various activities have been provided to keep everyone of any age entertained. 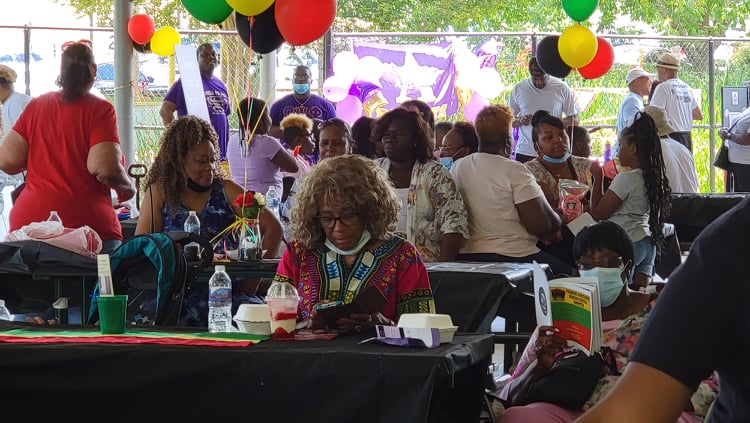 The celebration has had a wonderful turnout. (photo by David Day)

Despite the possibility for rainy weather, no spirits have been dampened. The celebration has brought out the community in the best way possible.

Spectators were treated to an outstanding performance of African dance.

Mike Bunch gumbo served at the event but David Day ate it all, maybe next time. (Photo by David Day)

The celebration will continue until 7 p.m. Saturday, so if you haven’t already, head to the City Pavilion and experience all the festival has to offer.