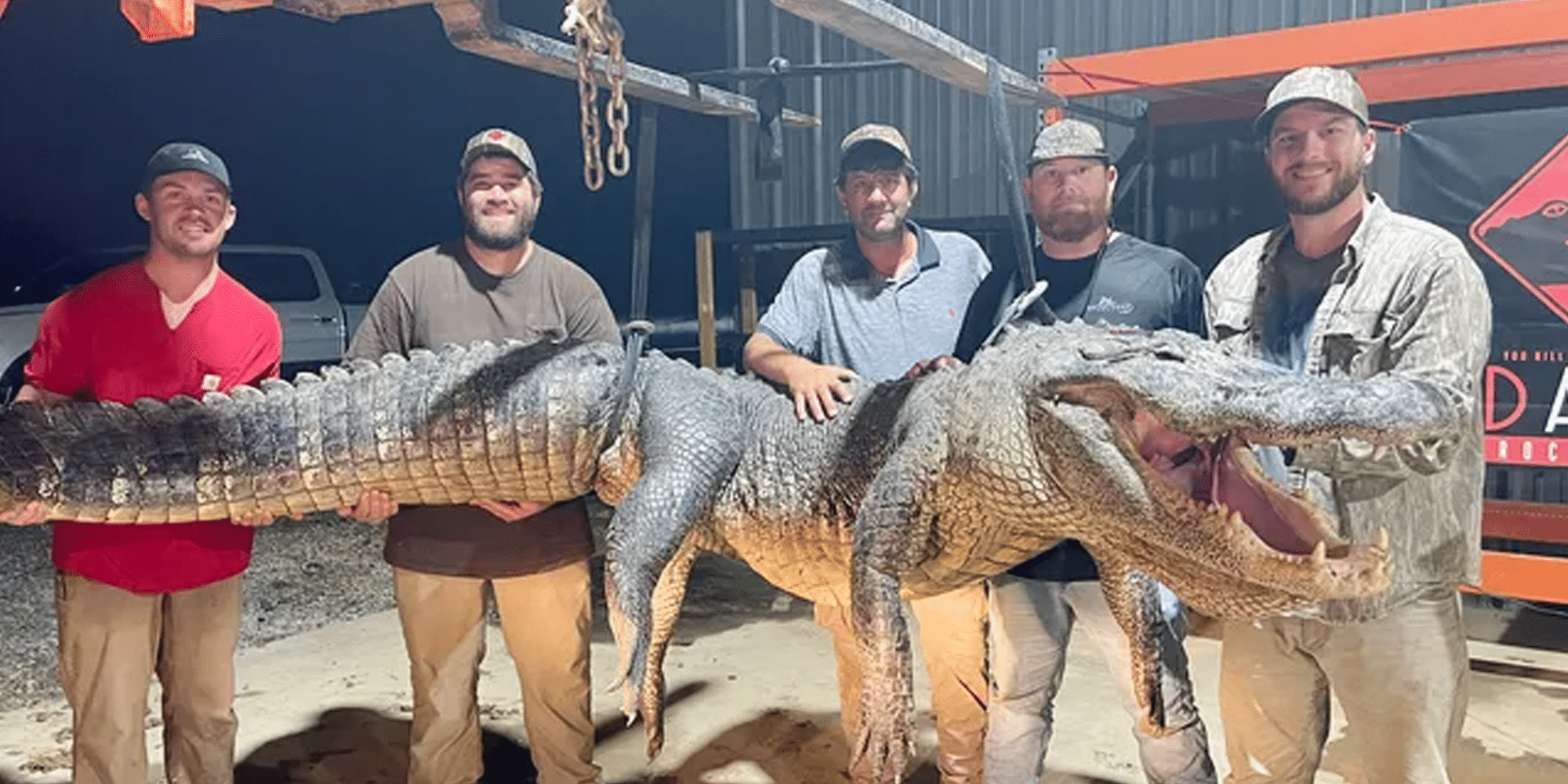 For first-time hunter Ty Powell and his friends, this alligator season proved to be fruitful when the group managed to land a 787 pound alligator from the Yazoo River.

Powell and his friends were north of Redwood on the Yazoo River, witnessing multiple alligators on the way up the waterway, but none were what the group was after.

The 787 monster was spotted earlier by hunters Kent Britton and Adam and Bubba Steen who had the gator pinned on their phones. Upon arriving to the area they had marked, they allowed the boat to drift through the area, eventually spotting the beast.

One of the team members was able to hook the gator, which had the gator pulling the boat up and down the river before eventually breaking free.

The team decided to wait for another chance to tangle with the behemoth, which eventually paid off.

“He popped up about 30 to 40 yards between us,” Britton told Hattiesburg American. “Me and Eli hooked him at the same time from two different vessels.

“As soon as I hooked him, we got the boats together and I passed my pole to Ty so they could fight him from the same boat. He popped up 20 minutes later and I got another line on him.”

After three hours of struggle, the gator eventually began to tire and the hunters were able to get him inside the boat.

The gator measured 13 feet, 2 inches in length with a girth of 66 inches at the belly and 48 inches on the tail and weighed in at 787 pounds.