At about 1:20 a.m. a call came into the 911 call center from a man complaining he was bleeding from his head. His phone pinged in the 1000 block of Fonsylvania and a deputy was dispatched. The call disconnected and 911 operators were unable to get an answer on several call back attempts.

At 1:26 a.m. the man called back to report he had been in an accident. An ambulance was dispatched along with the rescue unit. When the first deputy arrived on scene he called for a second ambulance, reporting that a truck had struck a tree. Once rescue arrived on the scene, they requested two more ambulances. 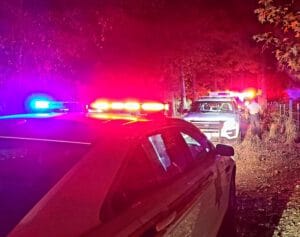 All four occupants of the vehicle were transported to the hospital with injuries that appeared not to be life threatening.