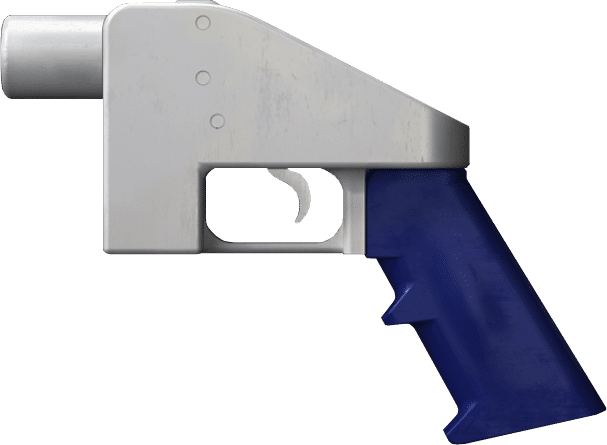 Plastic can leave a unique forensic footprint when fashioned into a firearm, according to two researchers at the University of Mississippi. 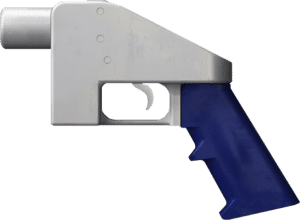 Known in law enforcement circles as “ghost guns,” such weapons are created by 3D printers using strands of heated polymer and similar material. Specific plans are loaded into a computer and sent to the printer, much like anyone sending a print job for a Word document.

In 2013, plans for the world’s first 3D gun were downloaded from the internet—more than 100,000 times in two days. Concerns followed on both sides of the gun-control debate that a Pandora’s Box had been opened, one that could lead to a new and dangerous method of producing untraceable firearms. Last year, the U.S. Department of State settled a lawsuit with Texas-based Defense Distributed, the company that distributed the first plans, that allowed the firm to release its gun plans online, touching off a wave of counter-moves in the federal courts.

Meanwhile, the new technology led University of Mississippi associate professor James Cizdziel and graduate student Oscar “Beau” Black to develop a way for law enforcement to track whether a plastic gun was used in a crime. With a $150,000 grant from the National Institute of Justice—part of another cabinet-level agency, the U.S. Department of Justice—they began making plastic .22 and .38 caliber handguns with certain metal parts to comply with a federal law that prohibits weapons undetectable by metal detectors. One testing ground was the Mississippi Crime Lab in Pearl.

“We can positively identify the type of polymer used in the construction of the gun from flecks or smears of plastic on bullets, cartridge cases and in gunshot residue collected on clothing,” Cidziel told Ole Miss reporter Shea Stewart. Test firings provided samples the pair used to identify all the types of polymer in 3D printed guns.

“Our growing database provides a second means of identification or grouping of samples, alleviating the need for subjective interpretation of the mass spectral peaks, “ Cizdziel said. “We also published fingerprinting protocols on surfaces of 3D-printed guns.

“Overall, we demonstrated that our methods are particularly useful for investigating crimes involving 3D-printed guns.”

Black, who has since earned a doctorate in chemistry, said the pair’s research continues, including expanding and improving the 3D-print polymer reference library.