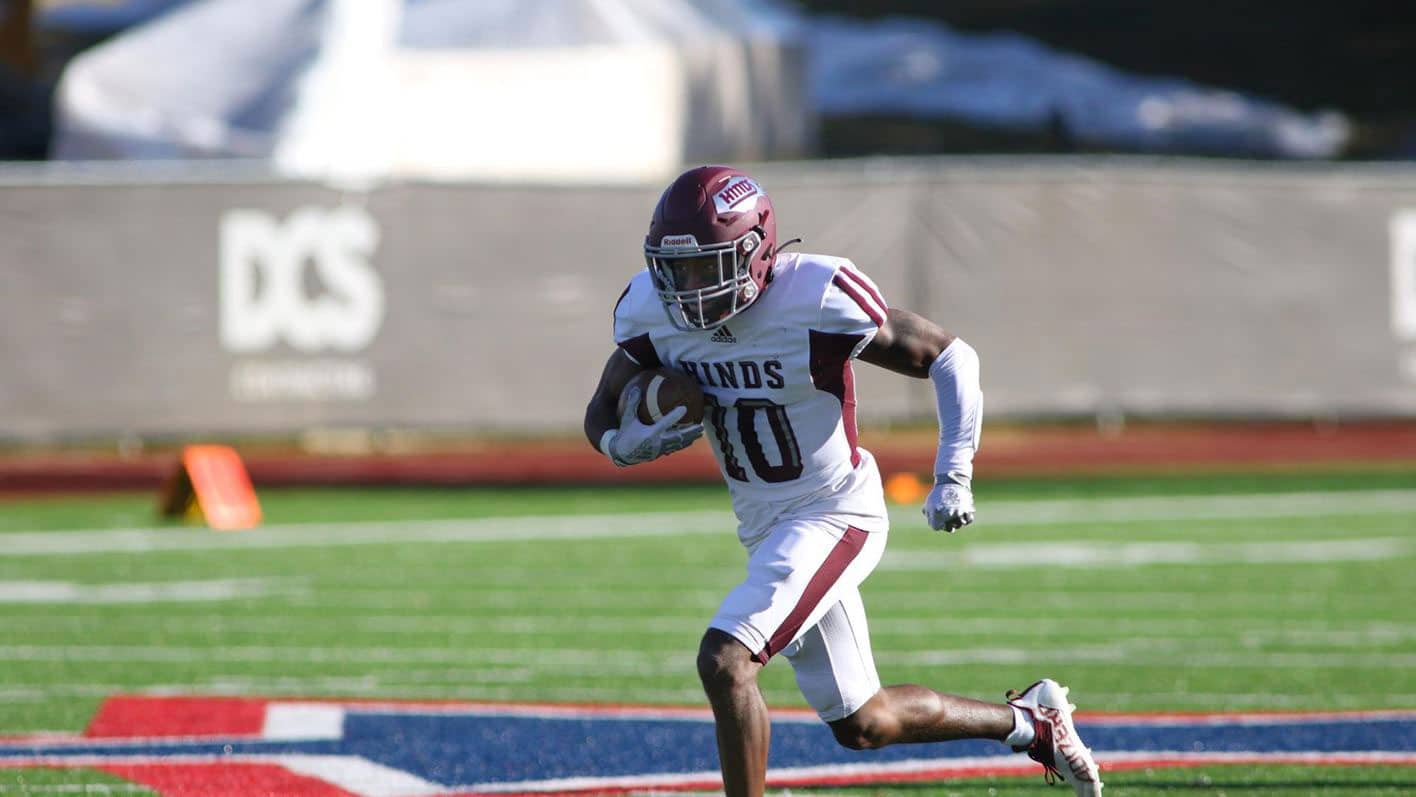 After starting the season with a 21-14 loss on the road at Coahoma, the Eagles showed resilience and won eight of their last nine games, including a 42-41 overtime win on the road over top ranked East Mississippi Community College in the first round of the MACCC Playoffs.

Saturday’s conference championship game didn’t go as planned for the Eagles as the Rangers consistently led by two or more scores.

“We dug a hole early,” said head coach Larry Williams. “It’s hard to come out of a hole once you dig it. This was a really good football team that likes to chew up the clock, and we played into their hands today.”

Receiving the ball to start the game, the Eagles immediately went three-and-out and gave the ball to Northwest. The Rangers then scored on their first play from scrimmage, a 72 yard strike from Michael Hiers to DT Sheffield. The extra point was good.

After another Eagle three-and-out, the Rangers marched back down the field and scored to extend their lead to 14-0 with 11:11 left in the first quarter.

The Eagles began to catch their stride offensively on the following possession as they marched into Ranger territory. The drive, however, stalled after Jamarian Samuels (Ocala, Fla.) recovered a bad snap on fourth down to turn the ball over. Northwest would then extend their lead to 21-0 on their ensuing possession after another touchdown pass from Hiers to Sheffield.

The scoring drought for Hinds would end on the next possession when the Eagles went 13 plays for 81 yards for their first touchdown of the game. Punching it in from six yards out was Jamarian Samuels. The score was 21-7 with 1:40 left in the first quarter after the Ben Duncan (Florence) extra point.

On their fourth straight possession, the Rangers scored another touchdown, extending their lead to 28-7 with 13:07 left in the first half.

Needing to score, the Eagles went four plays for 78 yards and scored on a Jeffrey Pittman (Taylorsville) one-yard touchdown run. The score was set up by a 76-yard completion from BeSean McCray (Orlando, Fla.) to Jaiden Burns (Canton). Duncan’s extra point made the score 28-14.

The Rangers then scored their fifth touchdown on as many possessions on their next drive, making the score 35-14 with 7:34 left in the first half. The first half would, however, come to a close after an Eagle punt and a missed Northwest field goal.

Momentum quickly shifted to the Eagles as they forced their first turnover of the day on Northwest’s opening second half drive. The takeaway was an interception by Jaylen Knight (Hattiesburg). The Eagles then turned this takeaway into points on another Jeffrey Pittman one-yard touchdown run. Duncan’s point after made the score 35-21 with 7:56 left in the third quarter of play.

The Eagle defense then went back to work and forced a three-and-out. Coming up big on the third down and one stop was Thaddeus Bishop (Jackson). The Eagles couldn’t turn the punt into points after a BeSean McCray interception.

On the ensuing Ranger possession, the Eagles forced another turnover when Emahd Dabney (Jackson) recovered a Ranger loose ball. Thaddeus Bishop picked up the forced fumble.

The scoring would continue for the Rangers after another BeSean McCray interception and several Eagle punts. Time expired, and the Rangers secured the 56-21 win in the MACCC Title game.