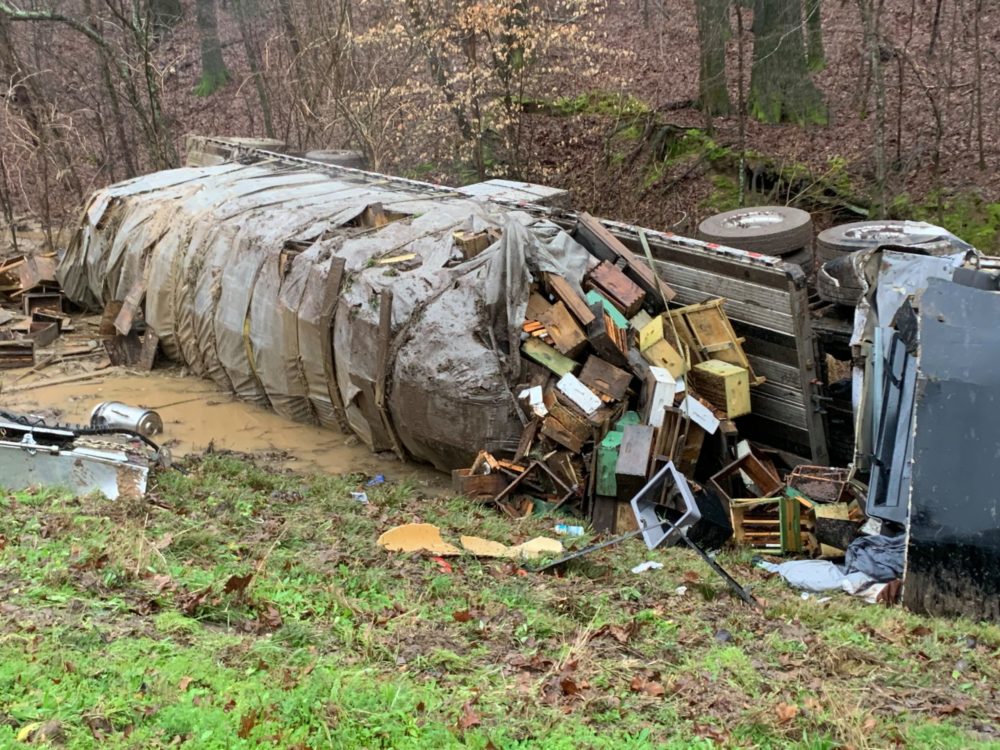 An 18-wheeler carrying honeybees overturned on Interstate 20 West near the Bovina exit around 4:30 p.m Tuesday.

No other vehicles were involved. The driver was injured and has been transported to Merit Health River Region. His injuries are not life-threatening, according to police.

Crews are working to safely remove the bee boxes and clear the wreckage at the six-mile marker just outside Vicksburg city limits in Warren County.

County firefighters, Mississippi Highway Patrol and the Mississippi Department of Transportation are all on the scene.

First responders are reporting they are getting stung by the bees, many of which are dying in the cold, wet air. Authorities are bringing in Tyvex Suits normally used for HazMat situations to protect the workers from bee stings.

Expect I-20 westbound to be slow in the area for several hours. Take an alternate route if possible.